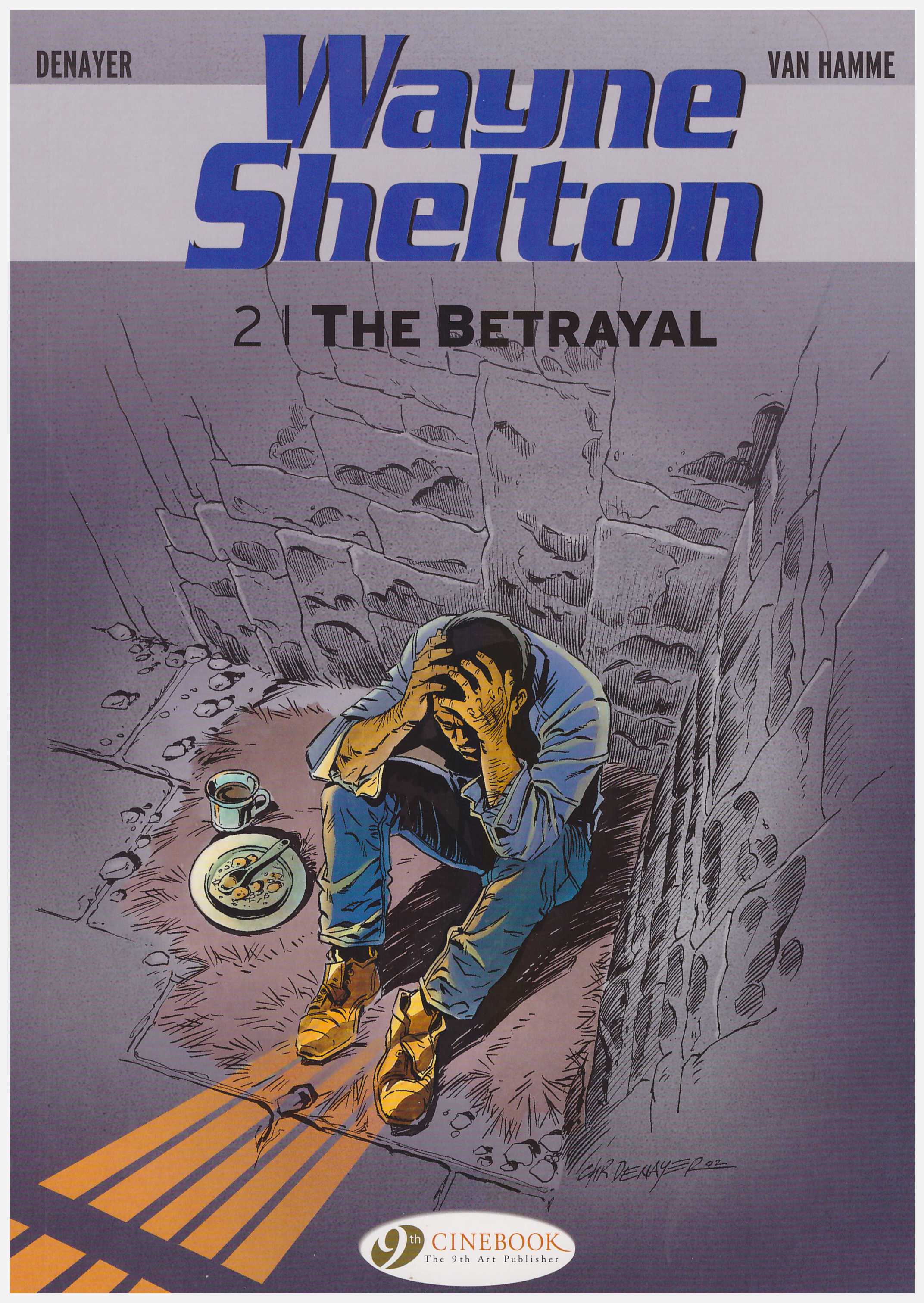 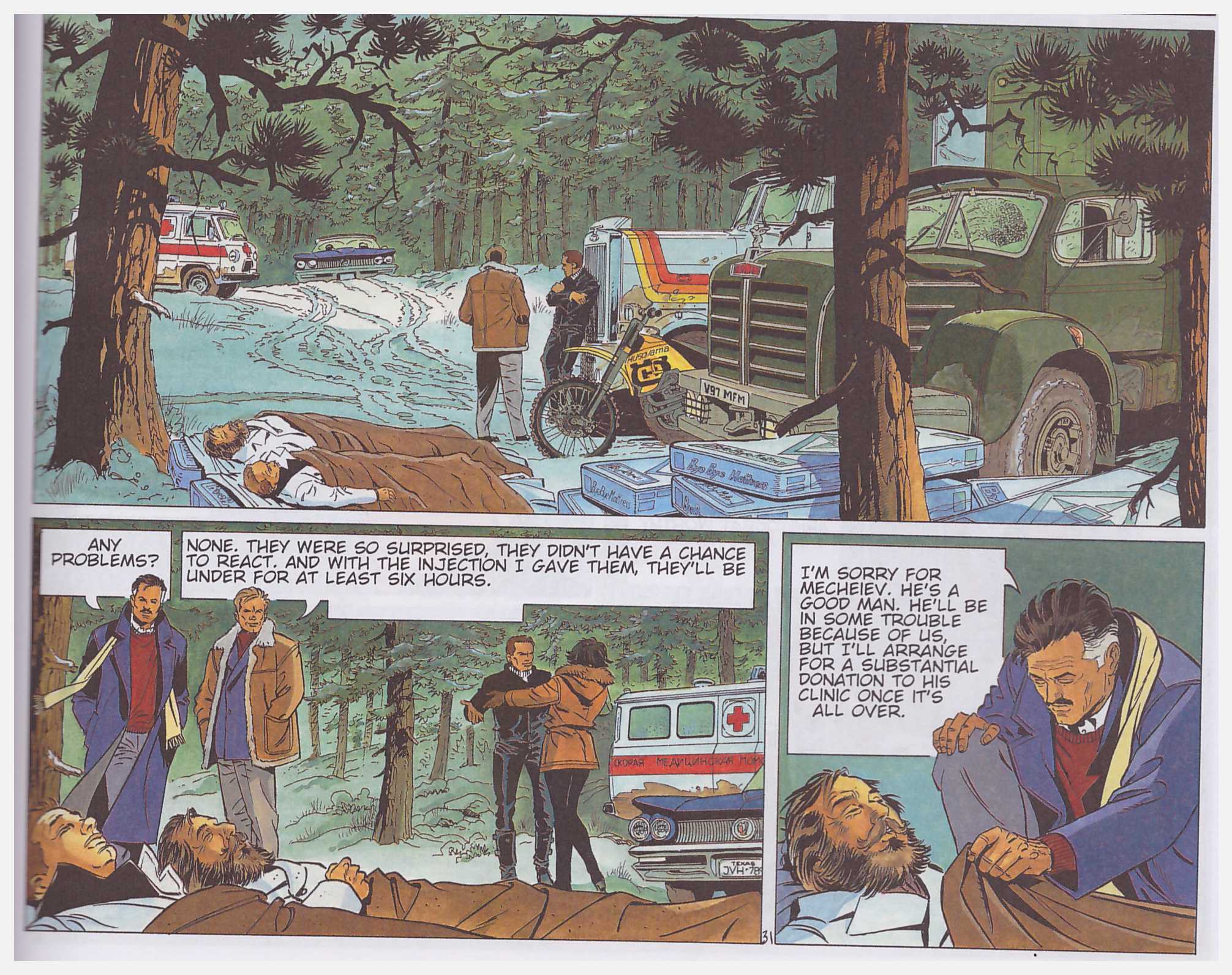 Wayne Shelton’s introductory volume was a rare drop down from the usually impeccable plotting of Jean Van Hamme, but the conclusion here restores his reputation.

Shelton has gathered a small troupe to rescue a French trucker from the inhospitable jail of the fictional Middle-Eastern state of Khalakjistan. He’s there for causing the accident that killed a high-ranking state official, but with no diplomatic solution in sight his continued incarceration is delaying the expansion plans of a multi-national corporation.

As the story continues Shelton and his associates are about to enter Khalakjistan, having discovered a now departed member of their party is actually the son of a jailed Khalakjistani opposition leader.

The problem with the The Mission was the wooden and clichéd cast, highlighted as they were gathered. Characterisation has never been Van Hamme’s strength, but his plots are generally so fast-moving and intriguing that it becomes irrelevant. And so it is in The Betrayal. With his pieces in place Van Hamme manipulates them in thoroughly professional fashion, never giving an audience breathing space to consider anything other than turning the page.

Christian Denayer’s art is superb. Van Hamme’s dense scripts require plenty of talking, and Denayer moves the views around a scene in accomplished fashion, never permitting a dull moment. As in the first volume he really knocks himself out when it comes to scenery and technology, with every vehicle identifiable.

There’s a surprisingly high mortality rate to The Betrayal, unusual for a Van Hamme project, and it’s worth noting Shelton’s inventive method of revenge on someone who betrays him. There are now a dozen Shelton books available in French, and the series continues with The Contract. 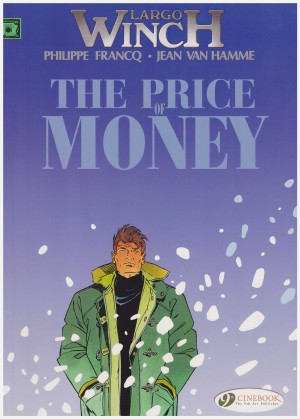 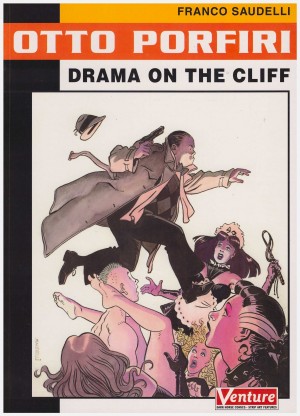