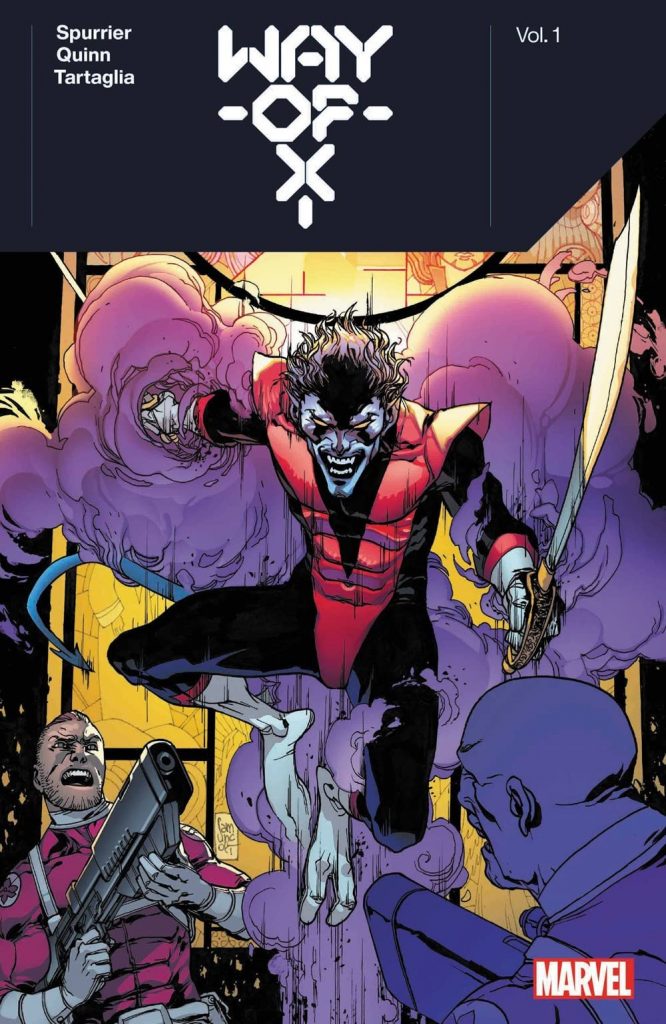 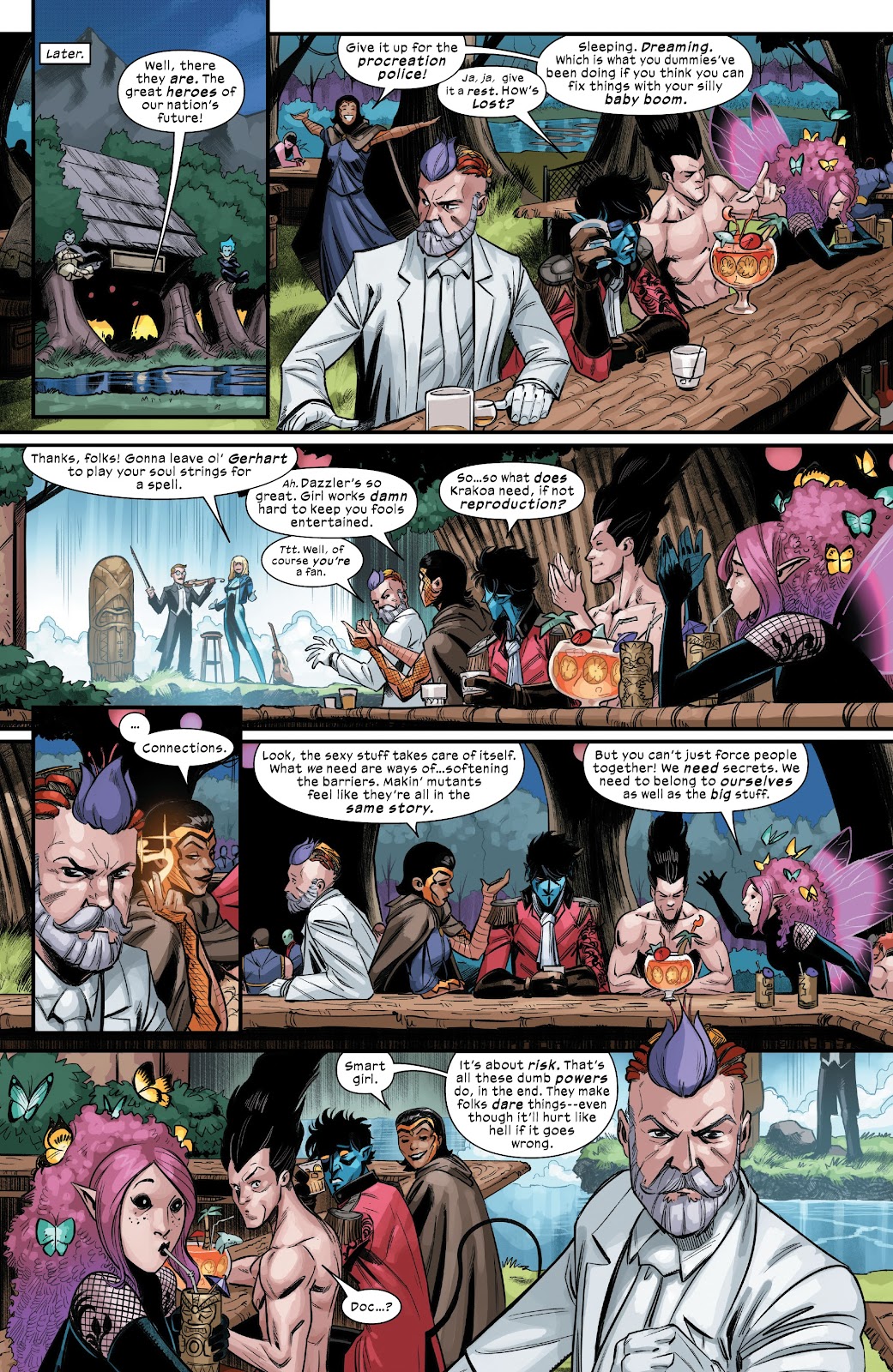 Each series developed from the rebooting of Marvel’s mutant franchise in 2019 has taken a different theme. They all star mutants, but the fantasy of Excalibur differs greatly from the focus on the irredeemables of Hellions. As his topic Si Spurrier chooses religion, the organised faith that Nightcrawler believes in and the beliefs that grow in a society where a very literal resurrection is part of the package. Along the way it enables his revival of Legion, a character with whom he’s had some success in the past, and given there’s little limit on his power, how are we to think of him in religious terms?

In what’s a smart story Spurrier challenges readers to think from the start. Early on there’s the provocation of young mutants treating death as a thrill, knowing they’ll return, and bullying one of their number into effective suicide. Nightcrawler’s catholic faith is challenged as he’s asked how he can believe in an all-knowing and unseen god when his superhero career has brought him into contact with gods of all shades. In addition to Legion and Nightcrawler, Spurrier returns the surly Doctor Nemesis, unseen for a while, and provides him with a succession of amusingly insulting put-downs. His is not the only return, with Spurrier delving even further into the ranks of forgotten mutants, as he examines aspects of society ignored by the other mutant titles. While Nemesis is strangely dumped midway through, the unlikely candidate of Fabian Cortez, one-time one-note bigot, proves crucial.

Way of X is dark and sordid in places, although Spurrier’s reflecting the real world most of the time, but the grime is disguised by Bob Quinn drawing everything as if it’s a fairy tale world, counteracting the darkness with light. He needs to switch between the fantasy of mutants on Krakoa to other types of fantasy, and they’re all potent.

The clash of hard science with faith and unconscious desire makes the guidance Nightcrawler’s searching for a tricky path to travel. He takes on board input from others via a succession of interesting experiences as he attempts to navigate his faith around the three laws on which Krakoan society is based, and Spurrier supplies religious allegories from the tempter on down. Strangely, though, while featuring a muslim mutant, he shies away from any commentary on faith from her. It may sound a heavy brew, but Way of X is also very funny in places, especially the text pages where cast members don’t censor their thoughts and beliefs. “Better tell the resurrection crew to cancel their dinner plans” is the perfect line in the perfect place, perfectly delivered.

Spurrier doesn’t conceal the primary threat for long, but there’s a reason for keeping the truth from some of Krakoa’s more powerful mutants, especially Professor X, which leads to fine moments of pompous parental lecturing. When revealed, the method by which the threat keeps manifesting is smart, and it connects unexpectedly with other plots. Way of X provides visions, revelations and redemptions over an intelligent thriller that deserves more attention.