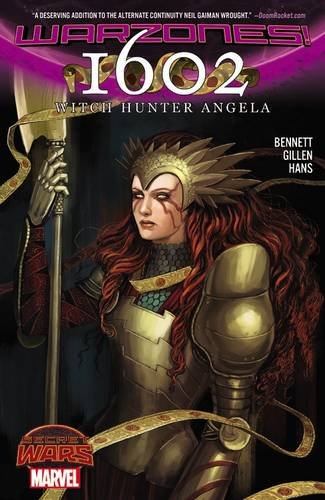 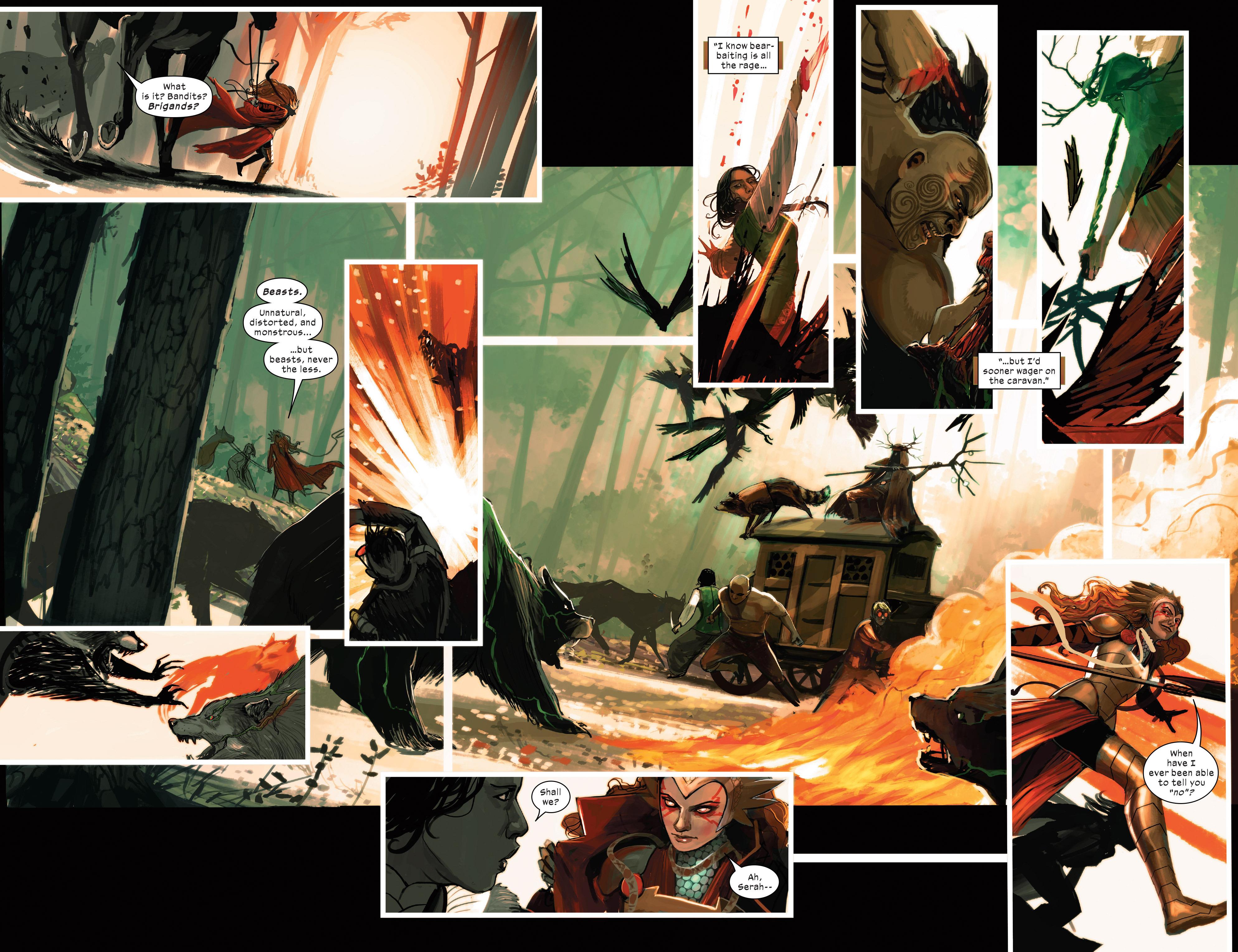 In keeping with the spirit of Warzones dealing with alternate realities we trip back to the recasting of Marvel heroes in the early 17th century, when mutants were referred to as ‘witchbreed’ and of all their persecutors none was as zealous as Angela. Here, though, she’s more concerned with Faustians, super powered beings who’ve made a deal with Faerie.

Marguerite Bennett sets up her plot with the spectre of Shakespearean tragedy hanging over it. Angela has a mission, and it’s a duty, yet she’s aware of a prophecy that should she fulfil that mission then she’ll lose someone very dear to her.

Angela wasn’t part of the Marvel pantheon when the original 1602 was published, and her inclusion and purpose here is logical, but the first chapter of that original graphic novel is presented for comparison. It doesn’t serve the new material well. While he was just mucking about, there’s a subtlety to Neil Gaiman’s writing that’s missing from Bennett’s work. Everything is over-egged: the cod-Shakesperean dialogue, the obnoxious attitudes, the opening gaggle of the era’s literary celebrities trading quips, the self-aware commentary… It comes across as a writer attempting to disguise a lack of confidence by parading her learning and research, and the effect is that what ought to be an attention-grabbing premise is tedious.

The artist for the main sequence is Stephanie Hans, and her individual panels are finely composed, every one an impressive miniature painting with a decorative and distinctive application of colour, but collectively they’re not the best at moving a story forward. Other artists feature, each illustrating a segment in which Kieron Gillen in partnership with Bennett segues pages into the main script with guest artists. Kody Chamberlain, Irene Coh, Frazer Irving and Marguerite Sauvage all have a sense of style, although the latter’s figures are severely deformed, and their interludes toy with versions of Marvel characters in unique incarnations.

There’s the germ of something good within Witch Hunter Angela, but it’s buried so far beneath the off-putting surface that it’ll take a generous soul to locate it.