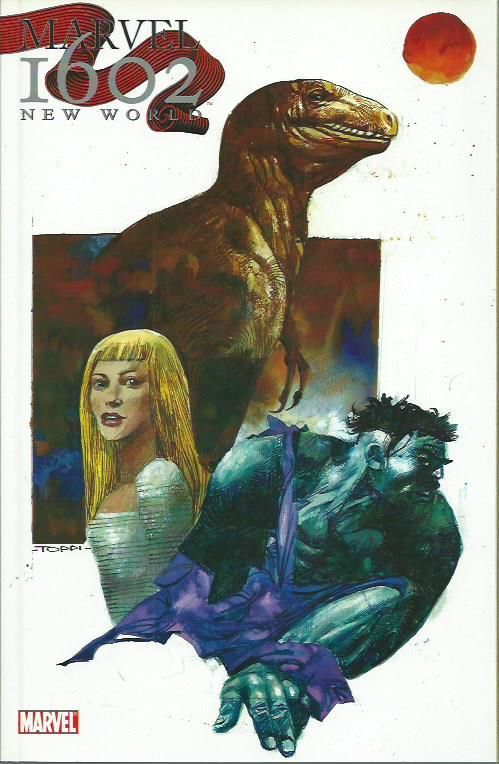 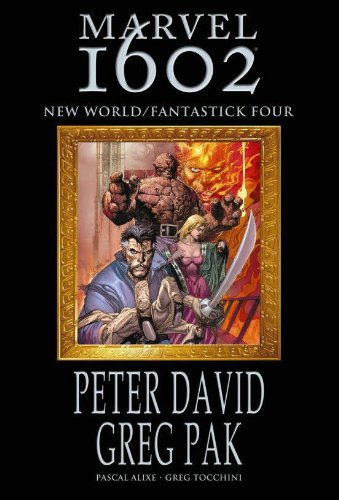 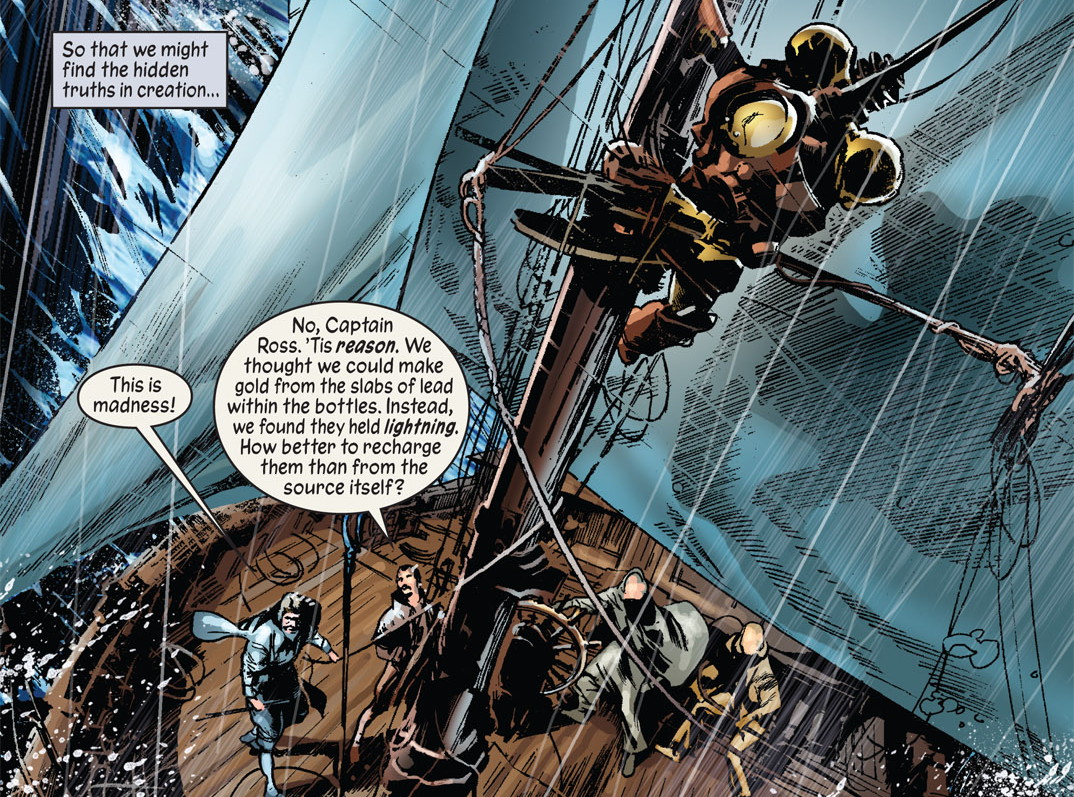 In 1602 a group of characters very similar to Marvel’s earliest heroes escaped persecution by travelling to the New World. This was akin to early 17th century USA, but additionally populated by dinosaurs. The cast were tracked there by one David Banner, advisor to King James under orders to kill former spymaster Nicholas Fury.

Writer Greg Pak concentrates largely on cast members previously without super powers. Almost whimsically, at the end of the introductory volume, one Peter Parquagh was bitten by a spider. The guess would be that it was intended as a joke, but when there’s commercial potential to be exploited there’s never shame, so here we have Parquagh with formidable strength, a certain viscous quality to his grip and able to leap from the ground into trees. Equally we have Banner transforming into the Hulk after his radiation bath.

The heroes who dominated the original story are sidelined, as others move centre stage, including the one early Marvel hero missing from the parent series. The Roanoke colony rapidly progresses to outlawing witchcraft, evicting the local population and falling under the manipulative thrall of one Norman Osborne. The few lighter touches are delivered via newspaper producer Jameson.

Handed the seemingly incompatible elements of 17th century pilgrims, native Americans, dinosaurs and primitive versions of superheroes, Greg Tocchini serves up a continually strange looking mish-mash that never entirely convinces. The same applies to the story as a whole, with very few ideas extending beyond the obvious, although the addition of Captain Ross is a nice touch.

Those who found themselves thoroughly immersed in the original may want to investigate this, but keep expectations low. For those who can’t get enough of this alternate world there’s also 1602: Fantastick Four, and 1602: Spider-Man, the latter looking in on the Roanoke colony again and the best of the sequels. The finest element of New World is the covers to the original comics by Sergio Toppi. The design and execution are stunning, with his Osborne particularly malevolent.

This has latterly been collected combined with the Fantastick Four volume.