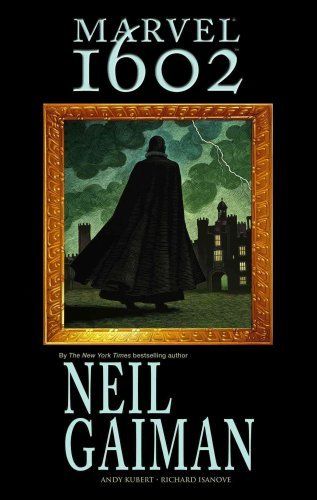 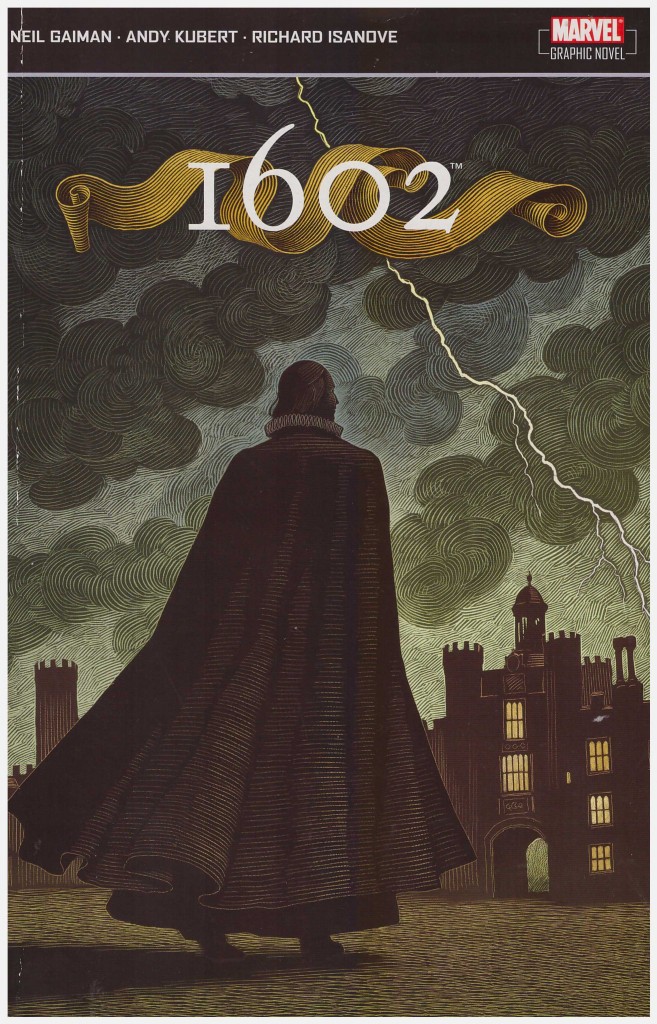 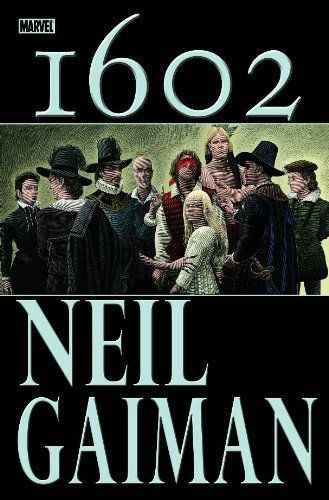 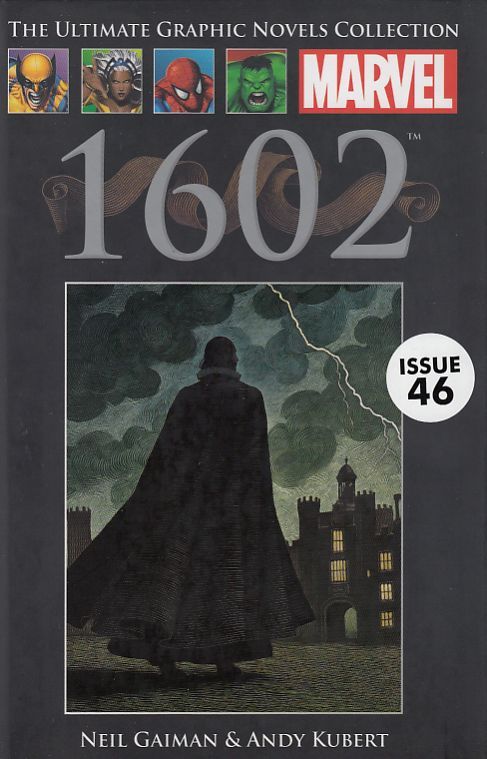 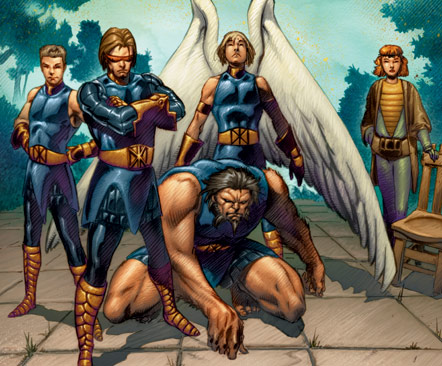 It’s difficult to remove 1602 from the event it was promoted as. This was Neil Gaiman returning to write his first comics in years, but those expecting the depth of his previous work are likely to be very disappointed. This is a well-written alternate world superhero story from an intelligent writer who’s carried out some research, but no more.

With the exception of a character resembling Snowbird from the 1980s Alpha Flight, Gaiman restricted his cast to he first flush of Marvel heroes and villains. Every other non-historical character is an iteration of a Marvel standby who first appeared in 1964 or earlier. Some are very well concealed, others lacking any superhuman abilities, and others still endearingly re-cast. Matt Murdoch is cavalier minstrel employing his athleticism in the service of the crown, and using his seeming blindness to catch enemies off-guard. The youthful Peter Parquagh is taken under the tutelage of the Queen’s spymaster Nicholas Fury.

The tale is set against the backdrop of the prevalent political intrigue and fear of the future that accompanied the dying days of Queen Elizabeth the first. With religion of paramount importance, England stood isolated outside Europe for renouncing the Catholic faith, and the fear in the country was that Elizabeth’s death would initiate events seeing the papal influence restored. Reason and superstition are also at odds as Scottish King James hovers, awaiting his ascension. His choice of partners may swither, but his hatred of witchbreed, as mutants are known, is absolute.

For seven chapters this is an entertaining romp, and so it should have remained. Unfortunately it was deemed an explanation was required, and here we enter the realm of technobabble. Gaiman’s afterword notes 1602 as a hardware-free reaction to 9/11, but the conclusion suggests comment on the evolution of the heroes of his youth, here returned to a purer time at the founding of a nation. It’s difficult to see it as anything else actually, as Gaiman over-baked his plot to work towards this complex conclusion when simpler ways of resolving matters occur to provide a more satisfactory resolution.

Andy Kubert provides the storytelling clarity for which he never receives enough credit, while his art has an interesting gloss, the result of colour being applied before he inked his pencilwork. Mention should also be made of Scott McKowen’s remarkable covers to the original comics in which this tale was serialised. His scratchboard methods mimic engraving, and in combination with a background of theatrical poster design this results in an eye-catching selection of illustrations both reflecting the period and a novelty for comics.

This original book spawned quite the cottage industry, with three sequels. Fantastick Four and Spider-Man are self-explanatory, while New World is a more direct sequel, following the experiences of some characters settling in what’s not yet America. Marvel in the UK published their own edition, and more recently in the UK 1602 has been available in Hachette’s Ultimate Graphic Novel Collection.