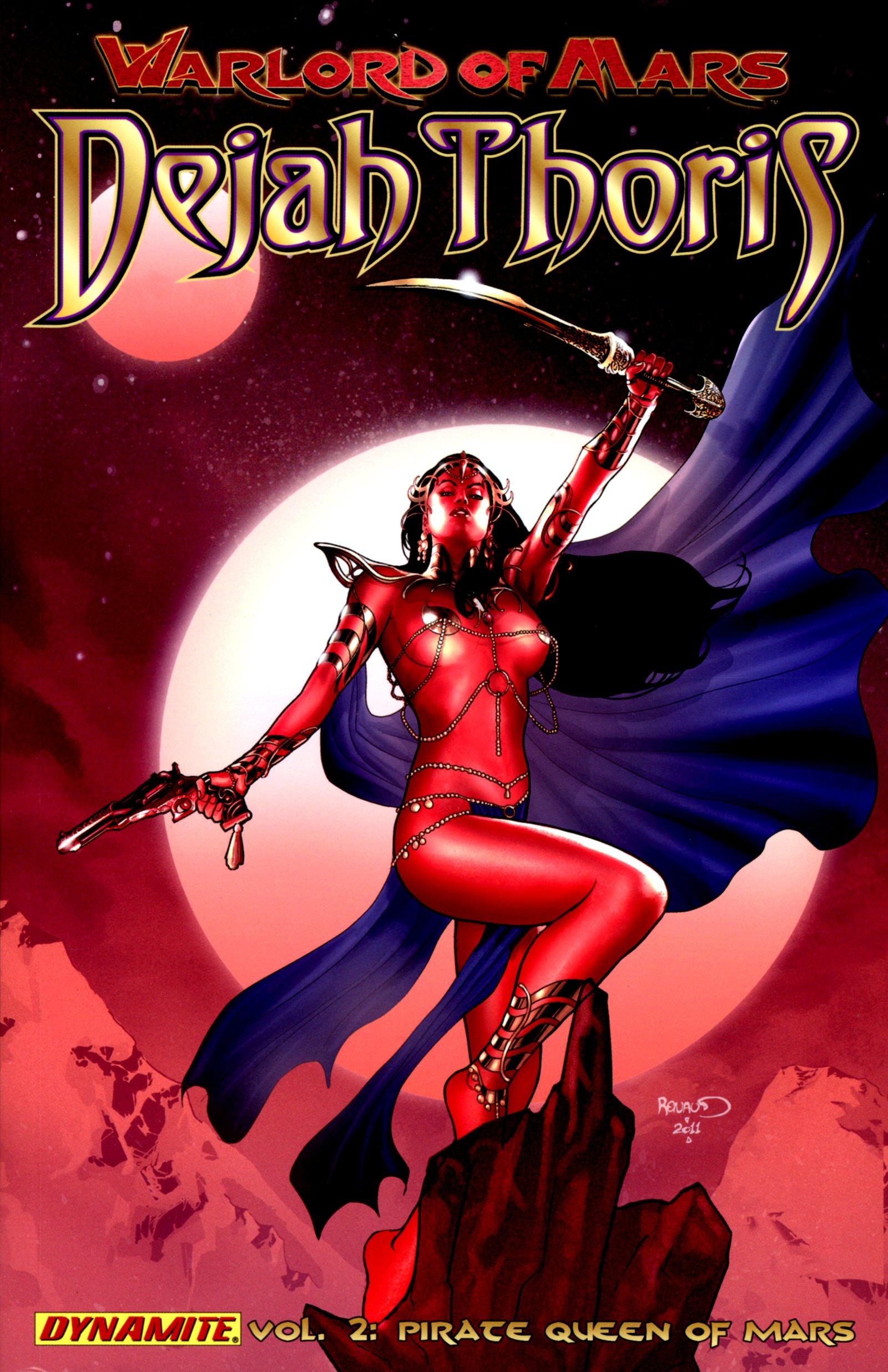 Edgar Rice Burroughs established that Dejah Thoris had lived for hundreds of years before John Carter arrived on Mars, and Arvid Nelson uses this series to explore her adventures during an earlier era. The Colossus of Mars wasn’t an entirely successful introduction, and Pirate Queen continues directly from the conclusion. Previous events have taken their toll on the Helium cities, there isn’t enough money to finance reconstruction, and within two weeks the water will run dry. As communication with a southerly pumping station has ceased, Dejah Thoris volunteers to investigate.

She’s a problematical character well beyond her near naked objectification. She’s paraded as an accomplished and respected warrior, yet for the second time in two books she’s captured and tied up early in the proceedings, and that’s indicative of the lack of imagination throughout. The plot has promising aspects, but also gaps (why did the pirates bother capturing Dejah Thoris?) and it sets derivative as its default status. The villain may be bald, but he’s otherwise very much modelled on the pomposity and arrogance of Ming the Merciless, and later it seems as if the Sandworms from Dune have been set loose. After that we’re off on a quest for a legendary, but never previously found treasure hoard. Will our heroes be the ones to find it after centuries? Much of the action takes place in icy wastes, yet while the men dress up sensibly, Dejah Thoris and her female companion are still parading around near naked, a cloak their only concession to the conditions.

There are considerably gruesome surprises waiting in the plot, and Carlos Rafael doesn’t hold back in depicting them. As seen from the sample page, he has a superficially attractive style, but a poor grasp of how a human body works. Try holding that pose!

With this collection there appears to have been a greater faith in Dejah Thoris being able to sell books under her own title, with her name now approaching the size of the Warlord of Mars title lettering. For The Boora Witch her name eclipses it. Both can also be found in the first Dejah Thoris Omnibus.