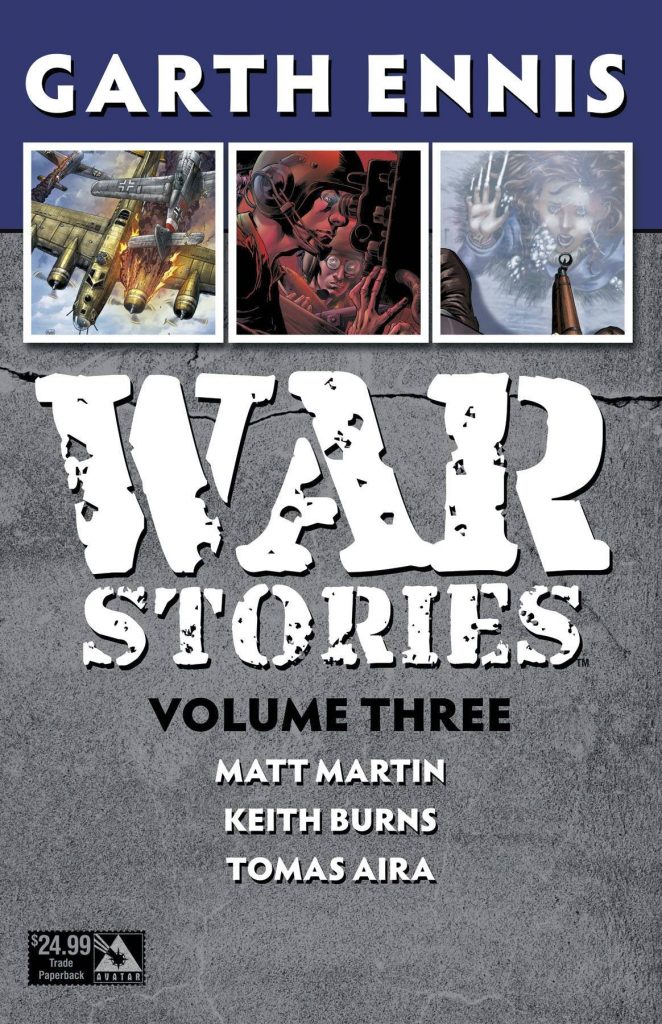 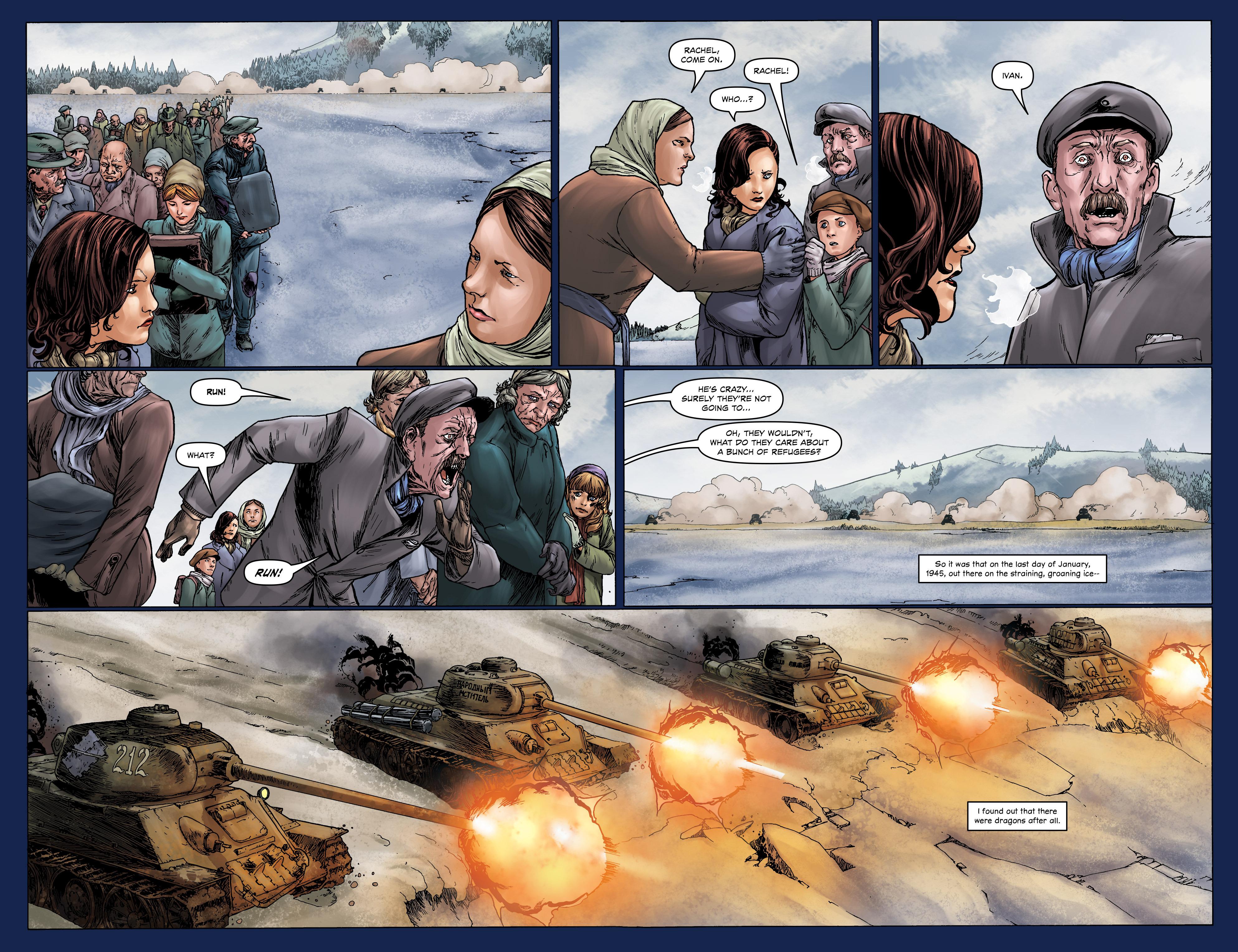 Since producing the first two volumes of War Stories Garth Ennis had kept his hand in combat by writing Battlefields, and becoming a better writer of war stories. He’d always been good, but the research here is deeper and the emotional content more convincing than in the earlier work. Unfortunately, however, it’s a case of swings and roundabouts, as the artists he’s working with don’t match the likes of David Lloyd or Cam Kennedy, artists who brought years of experience to the table. However, they all have considerable strengths.

If Keith Burns continues to develop, he’s an artist who’ll be mentioned in the same tones. His aviation scenes are fantastic, some of the spreads suitable for framing, which also applies to Matt Martin. Both are detail virtuosos, and both can lay out one hell of an exciting page. Martin is better than Burns when it comes to the scenes of ordinary life. They both provide the detail, but there are some odd faces in Burns’ work, and he fudges a pivotal scene at the end of his first contribution where it’s clear something terrible has happened, but we’re not sure what this is. As he completed the final two chapters of ‘Castles in the Sky’ it could be the case he was working to very tight deadlines, which should be taken into account. The sample spread is the work of Tomas Aira, who draws the remaining two stories, and improves immensely as he progresses. He starts with some shaky figurework, and progressively less detail to the backgrounds, but by the time of his second three chapters he’s become tighter and more consistent. It’s Aria who continues into volume four.

‘Children of Israel’ is the partial biography of Yanush Ben-Gal, then a tank commander on the Golan Heights in 1973 . He grew up in Germany, and remembers the Nazis, so the Arab proclamation about how they intend to drive the Israelis into the sea is one he takes seriously. It becomes a tale of resolute courage against overwhelming odds. The emotional counterpoint comes from the ordinary conscripts in the Israeli tanks, and while Ennis conveys the desperation and ends with some political deviousness, this doesn’t catch fire in the way of the previous tale.

‘The Last German Winter’ is the collection’s highlight and exemplifies the type of story Ennis writes so well, and one that no-one but him writes these days. In the dying days of World War II civilians from East Germany fled west in advance of the invading Russian troops. One family are saved by German troops who’ve deserted their tank, themselves under no illusions as to their fate should the Russians capture them. Ennis drops enough hints early as to how matters will play out, but then seduces us with a mixture of charm and tension until the bomb drops. The purpose is to display how war transforms ordinary people, and the realisations that come once removed from combat. It’s an exceptionally effective piece, and more people should know about it.