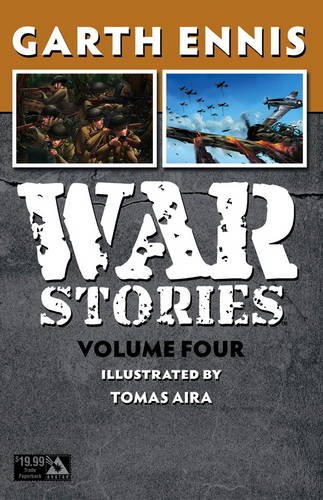 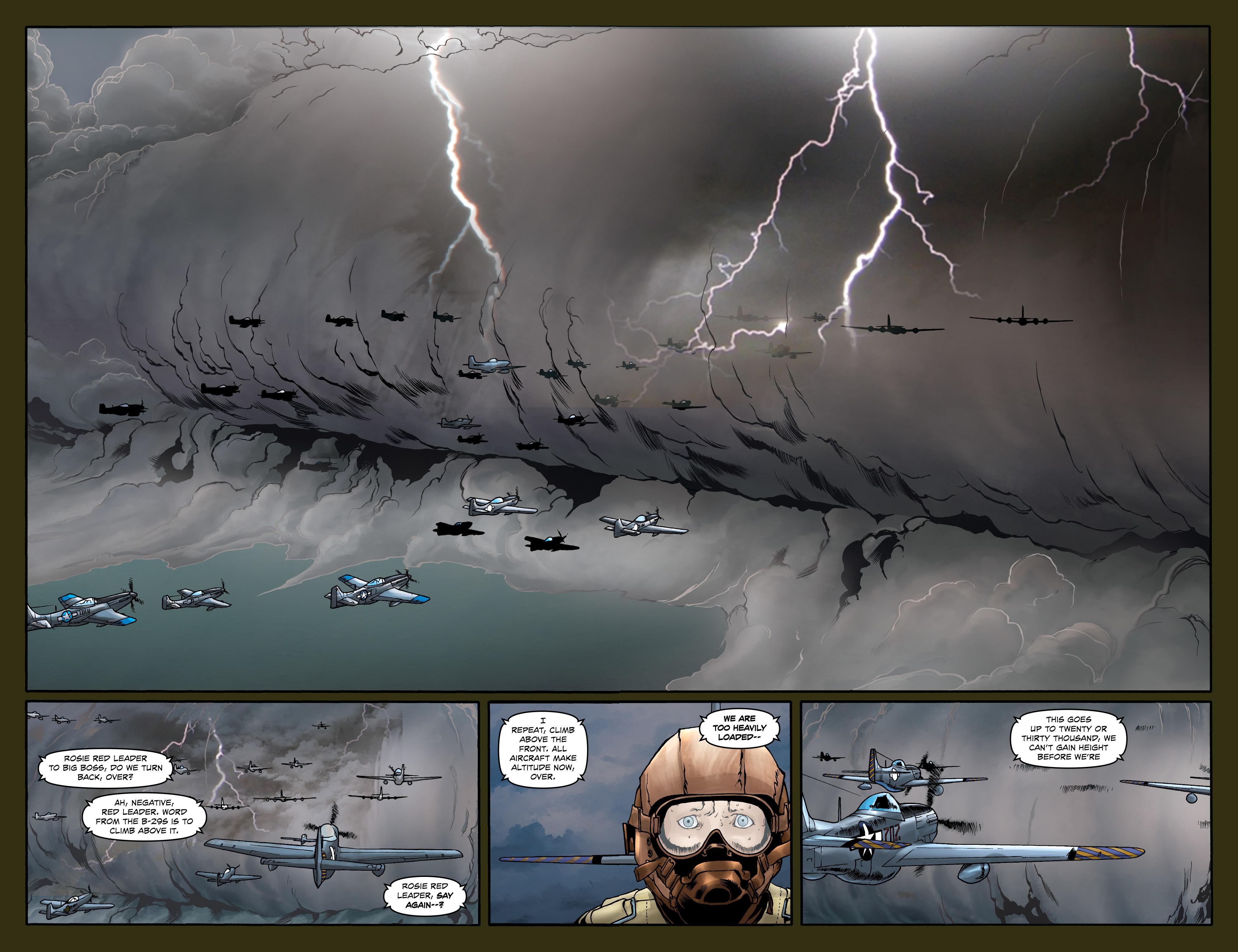 This is another very good volume of Garth Ennis’ wartime anthology title, and this time he takes two of the commonly used devices of war fiction, and proves they’re not yet cliché after all.

‘Our Wild Geese Go’ takes its title from a wartime ballad by Charles O’Neil, quoted on the opening page, but actually written referring to Irish troops accompanying the British in World War I. This focuses on a small troop of their descendants fighting alongside the British in 1944, and begins as camaraderie, detailing unfortunate incidents with the potential for comic recollection in the years to come. Ennis seems as if he’s delivering one of his wartime comedy turns, and then he throws in the spanner. The way the mood suddenly switches is brilliantly achieved, as is Ennis’ route out of his central discussion. The youngster during wartime discovering reality not matching their gung-ho and fixed ideals is hardly underused in fiction, but Ennis is skilled enough to ensure this has a novelty, not least by uncorking the political realities of Ireland in the 1940s and the resentments than led to it.

‘Tokyo Club’ is the contrast between the narrative voice of the cynical veteran who’s seen it all, and the new arrivals keen to prove their worth. The setting is the US air base at Iwo Jima, from which bombing raids to Tokyo are launched. Once the setting is established Ennis returns to the cost at which Iwo Jima was taken: “We lost nearly seven thousand marines taking this place. That’s lost as in killed, not including wounded. My company took eighty eight percent casualties…” In a story that emphasises statistics, these numbers are shocking in the 21st century where the expectation sometimes seems to be that wars shouldn’t cost the lives of US troops. ‘Tokyo Club’ is a tale more of explanation and technique, and while the surprises are expertly factored in, it lacks the emotional emphasis of ‘Our Wild Geese Go’. Still on its own terms, it’s still a good story, but nowhere near as strong as the first.

Give him a battle scene to illustrate, be it tanks or planes, and Tomas Aria is very strong indeed. The sample art is a vista from the second story, in which he emphasises the enormity of nature being factored into combat by picturing a vast quantity of small black shapes representing an entire squadron of planes. It’s an impressive piece of work. He’s weaker, though when it comes to the humans on which Ennis’ war stories so often depend. He has a strange way of scrunching up faces, sometimes never too sure if he should be opting for realism or cartooning. It shows a talented artist not yet having solidified a style.

As previously, Ennis completes the book by providing an essay cataloguing his background material and offering insights into his creation process, yet it’s not only these that educate. In almost every war story he writes, Ennis includes some surprising historical detail. Pilots jammed into their cockpits for seven hour stretches, for instance, routinely had their legs locked and were unable to disembark without assistance.

Is the war story in comics now a subject that’s reached its natural end with only Ennis keeping the flickering embers alive? If so he’s doing a grand job.