Walt Disney’s Comics and Stories by Carl Barks No. 11 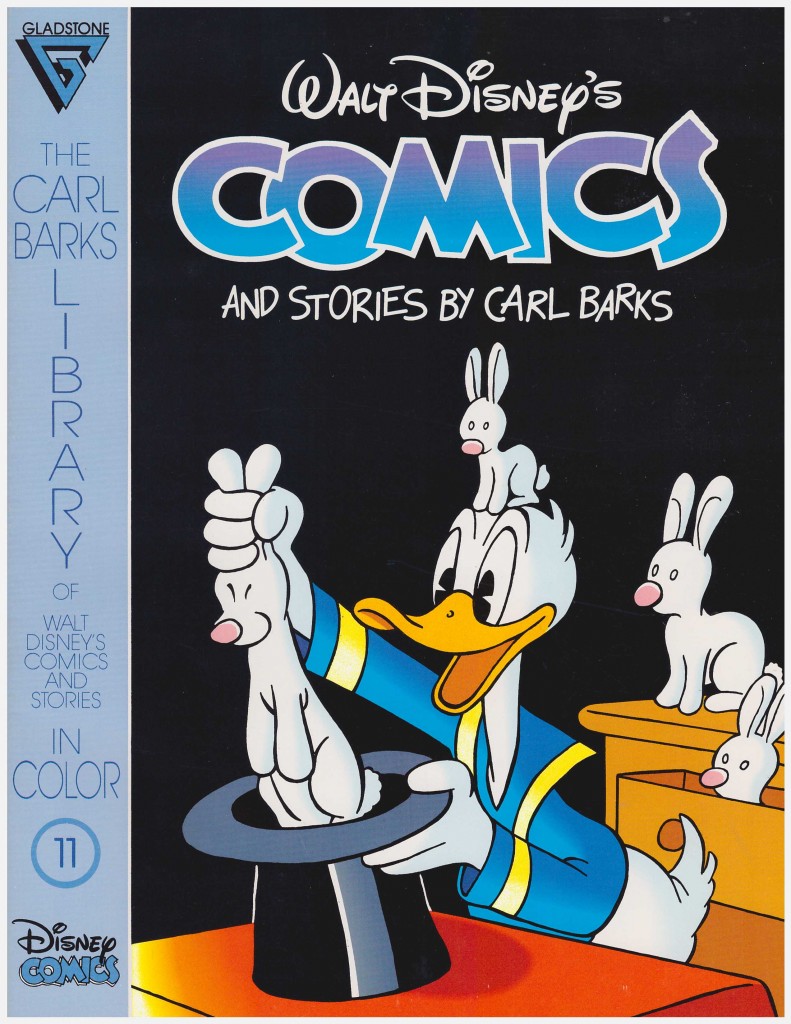 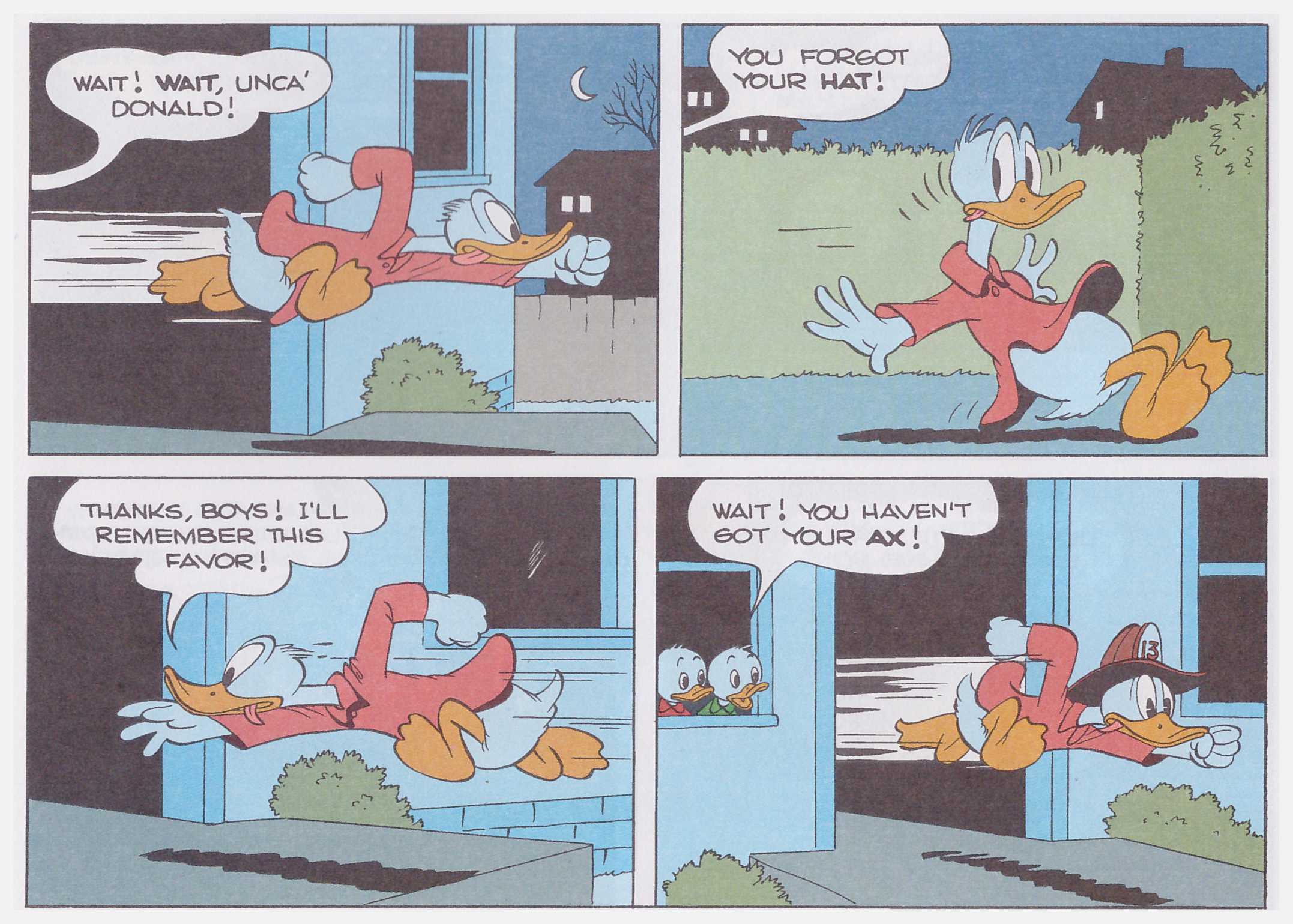 With this eleventh collection of Carl Barks’ contributions to Walt Disney’s Comics and Stories we’re moving toward what critical consensus would consider the cusp of his golden era, with five tales covering his mid to late 1947 material.

While the five stories here are strongly plotted, gag-packed and evocatively drawn, several share the further connection of an unusual lapse. Barks generally drew his plots to a strong conclusion, offering a decent laugh, yet one avoids that ending deliberately, one overplays it, and the ending to another is rather feeble.

None apply to the tale of Donald Duck being driven to distraction by the constant harassment of salesmen ringing his doorbell. This one was obviously personal for Barks, and Donald becomes ever more enraged at the intrusion, developing deterrent devices that would later be the purview of Gyro Gearloose. There’s a particularly surreal sequence of Donald’s eyes appearing at the end of a piece of piping.

The best story is the opener, a game of one-upmanship between Donald and Huey, Dewey and Louie, each attempting to mystify the others with their magical prowess. Donald, however has a smug and mean competitive streak, so the kids ensure his demonstration for Daisy fails to follow the script. They’re a little more understanding when it comes to Donald’s ambitions to win a dance contest with Daisy, helping him practice his waltzing, but he’s distracted by the presence of a competitor named The Waltz King. There’s a good twist to the story, which Barks reveals early, but it’s one of the poorer endings.

There’s a certain pathos to Donald’s failure as a volunteer fireman, but the strict moral code Barks applies to his stories means it was inevitable due to his dismissive boasting at the start. Elements were taken from layouts Barks produced seven years earlier while working on Donald’s Fire Chief animated short, and these precede the strips for comparison purposes.

The remaining strip details the genuine efforts of the nephews to master some musical instruments in the face of incompatibility more commonly associated with Donald. In this instance they have his sympathy, and he aims to help them master the single sequence that will entitle them to the reward offered by Grandma Duck. Donald’s better qualities prevail despite the unholy racket he has to endure.