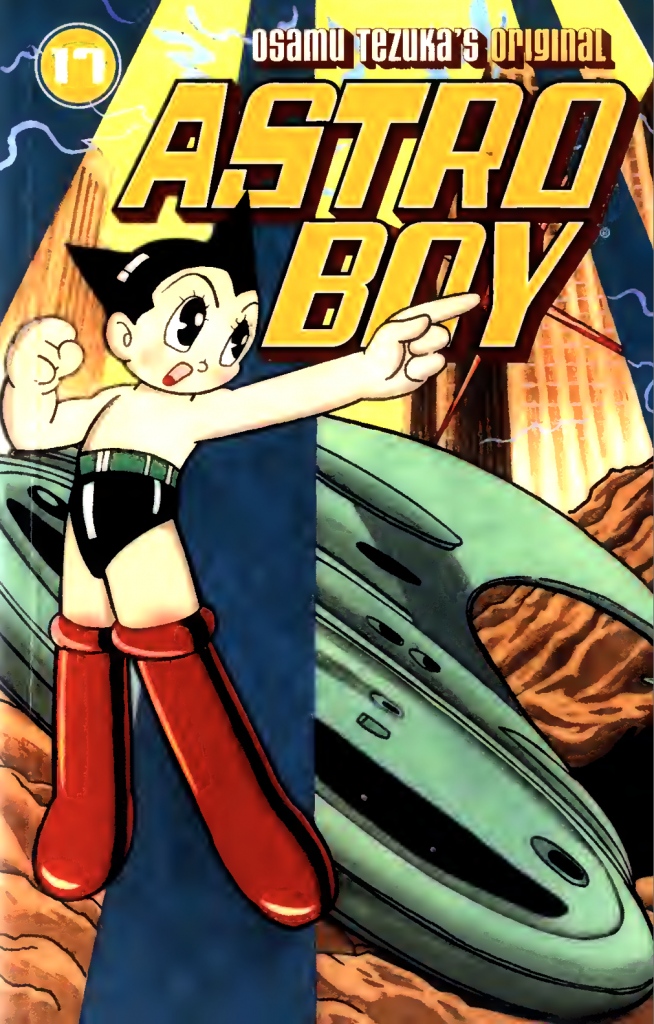 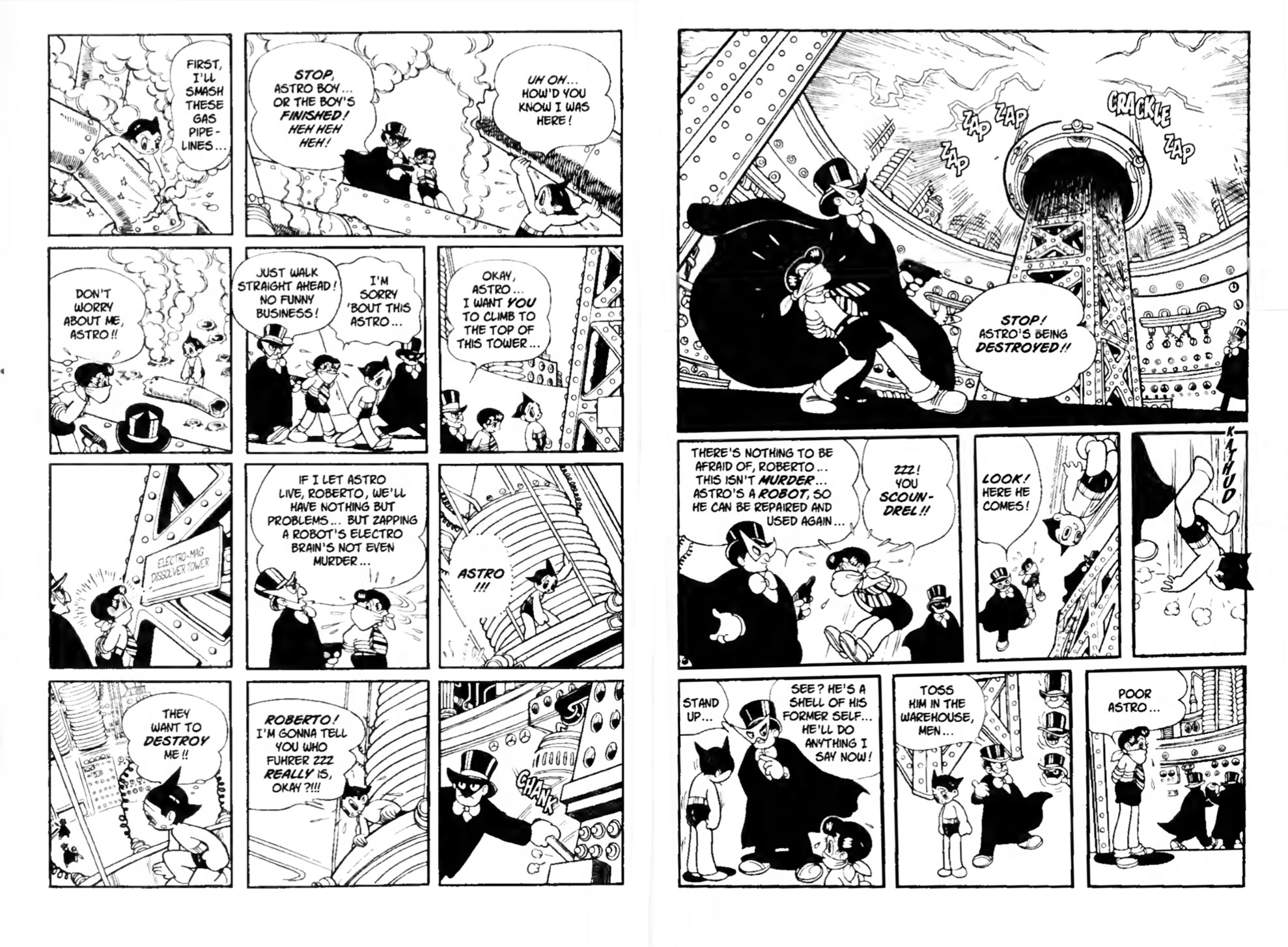 ‘The Frozen Human’ is one of the stranger Astro Boy stories to be reprinted for awhile. Practically everyone in this story is dangerous, crazed or morally dubious in some way as Astro goes to Mexico to help with an excavation inside an Aztec pyramid. Attacked by one adversary after another from the moment he arrives, Astro needs all the levelheadedness at his command to stay cool amidst non-stop fights before he discovers what’s making everyone so crazy.

In ‘Gademu’, a deluxe atomic-powered ocean liner is travelling back to Japan from Egypt with Astro aboard. Also among the passengers are lots of criminals, gathered to take part in an auction. The prize: a powerful, almost unstoppable robot. But how can something so big be hidden so easily?

‘Fuhrer ZZZ’ is the top-hatted boss of the ZZZ gang who are “targeting scholars, politicians and cultural elites around the world” with a deadly gas that reduces their IQs. Astro goes undercover on a distant island to find out the reason behind their schemes.

‘The Face In The Rock’ is a giant boulder that has been sculpted by wind and rain to look like a human head. While on a sightseeing trip to a mountinous region of rocks, Astro encounters a new friend and also a very old enemy.

‘Space Parasites’ are trying to conquer Earth by inhabiting people and controlling them. Nothing and no-one is safe from the space parasites because they can take over anything living – birds, rats, even trees – so in this highly-charged and suspicious scenario, people turn on each other and nobody can be trusted.

It seems that the theme for this collection is paranoia, as every story has a nightmarish feel to it with shifting identities, constant reversals and revelations, and even Astro Boy’s normally reliable powers are neutralised by the craziness of the humans he is trying to save. In his introduction to ‘Fuhrer Zzz’ Tezuka talks about the way that he sometimes starts making comics without knowing where he is going to finish. Whatever the reason for the wild turns his stories take in this volume, they remain delightful. 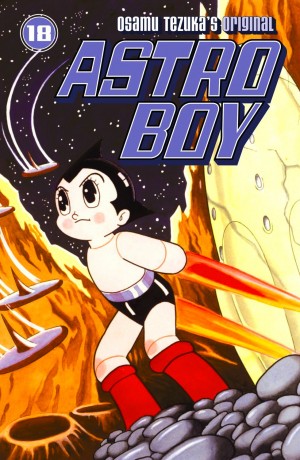 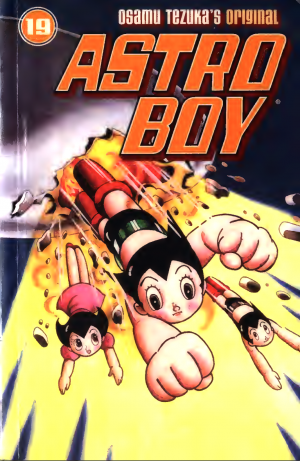 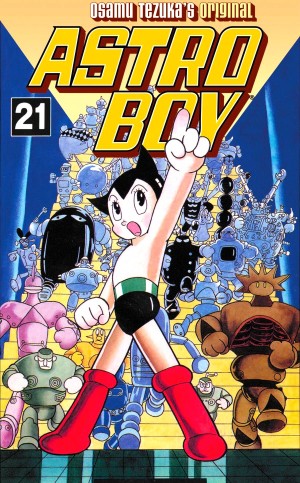