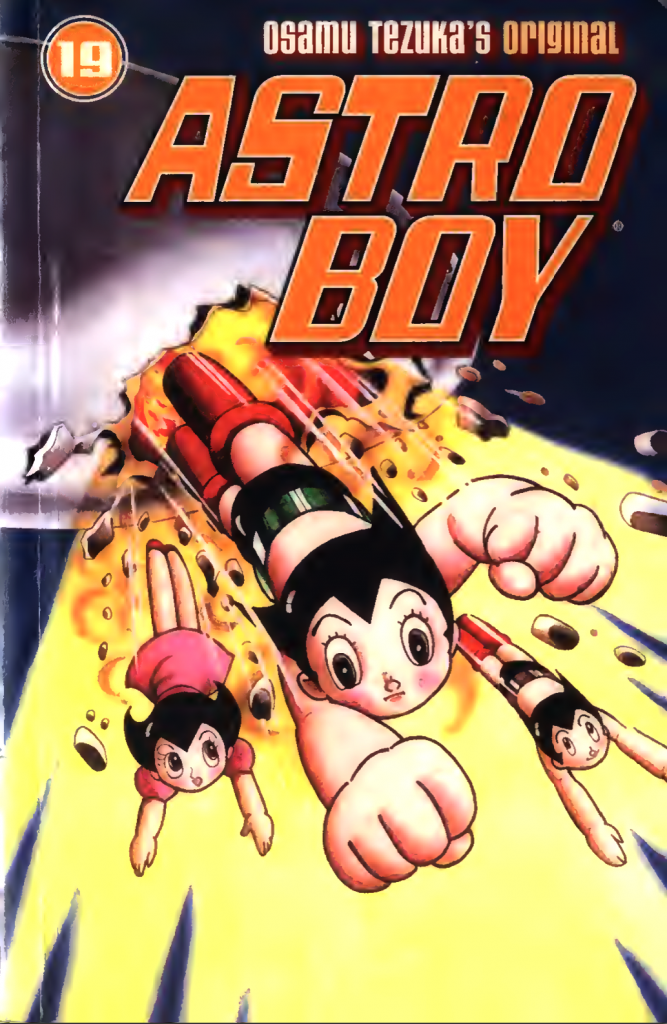 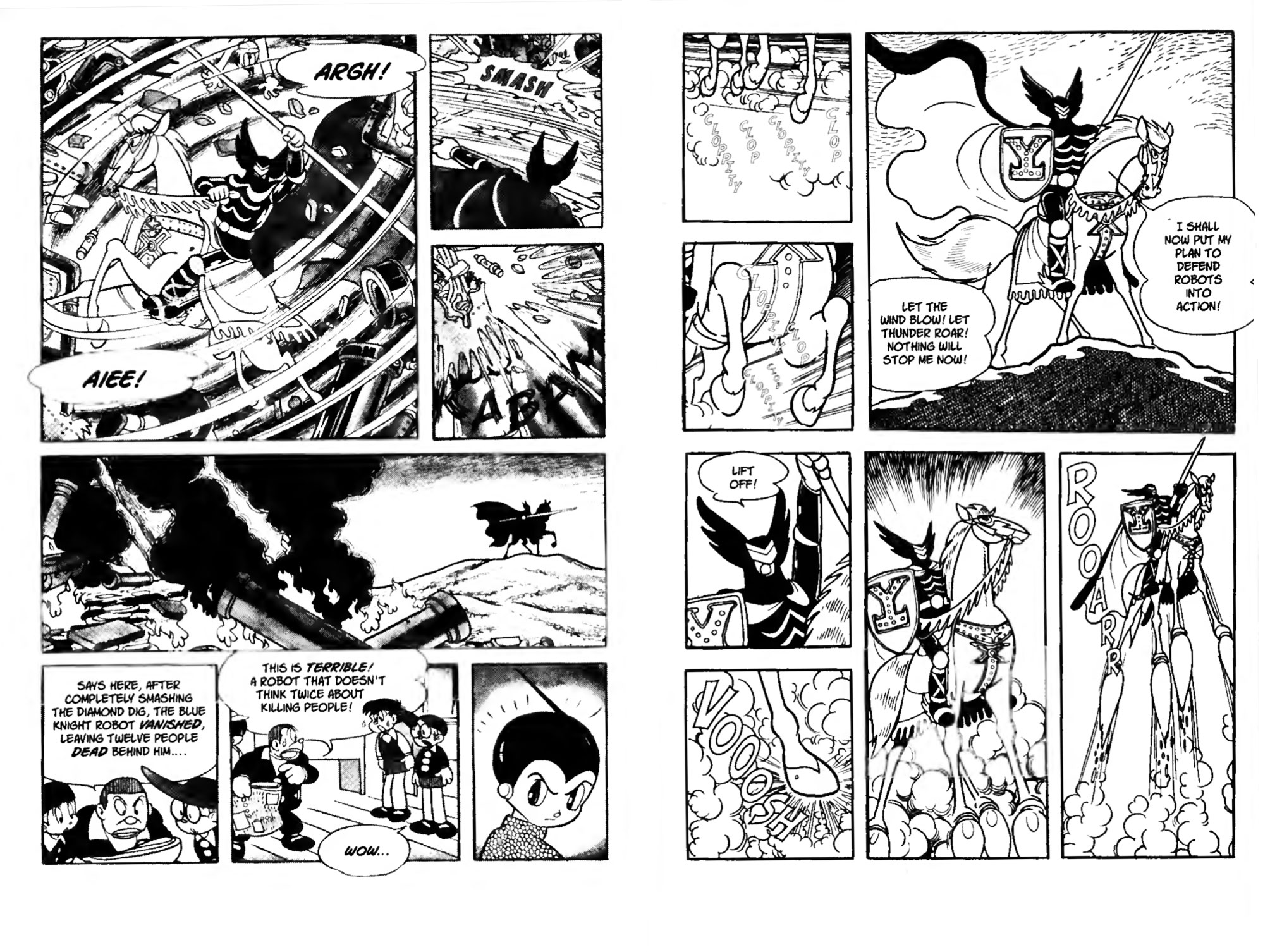 Volume nineteen of Astro Boy features adventures personally selected by Osamu Tezuka from two decades of Astro Boy comics, translated by Frederick L. Schodt. There are just two stories in this volume: ‘Blue Knight’ (1965) and ‘Astro Boy Reborn’ (1966), but they are actually one long chain of events which is continued into Astro Boy volume 20.

Tezuka introduces these stories by discussing how he was leaned upon in 1965 to make Astro Boy a much less goody-goody, optimistic, upbeat hero and darker, more angry, to match the mood of the times. He reluctantly tweaked Astro’s character in the second story featured in this volume and then found that readers didn’t like it any more than he did.

The ‘Blue Knight’ is a striking armoured figure on a horse, who begins a crusade against humans who mistreat robots. This story explores the consequences of the ‘Robot Laws’ that protect humans but ordain robots to be slaves, denying them any freedom of thought or movement. Things escalate to a philosophical intensity quite quickly, the contradictions expressed in superbly designed action sequences as the Blue Knight attacks locations around the world, despatching cruel human overseers and any robots who fight on behalf of their human oppressors. His actions eventually lead to thousands of robots being rounded up into concentration camps to be destroyed. When Astro Boy’s family is taken to the camps, Astro who initially refused to join the Blue Knight now decides to fight alongside him.

This story is vintage Tezuka, with a fantastically drawn and vividly written variety of robot characters, suffering terribly at the hands (and whips) of capricious people who mistreat them for strange, selfish and emotionally stunted reasons. The final dramatic showdown is brilliantly staged, has some unpredictably bizarre revelations and leaves a lot of wreckage in its wake.

In ‘Astro Boy Reborn’ Professor Ochanomizu tries desperately hard to rebuild a badly damaged Astro but he can’t do it alone. The only man who can recreate the most complicated robot ever designed is his original creator Dr Tenma. Regular readers will realise this is extremely bad news. Any encounter with the unreliable oddball Dr Tenma is guaranteed to end terribly. It’s no spoiler to reveal that Tenma rebuilds Astro Boy as it’s there in the title, but the result is disastrous. Tezuka pulls out all the stops on these two stories to give us an expertly-crafted, fast-moving adventure full of dynamic drawing that ends on a cliffhanger. Things look grim for humanity and as this is a continued story you’ll have to read Astro Boy volume 20 to see what happens next.