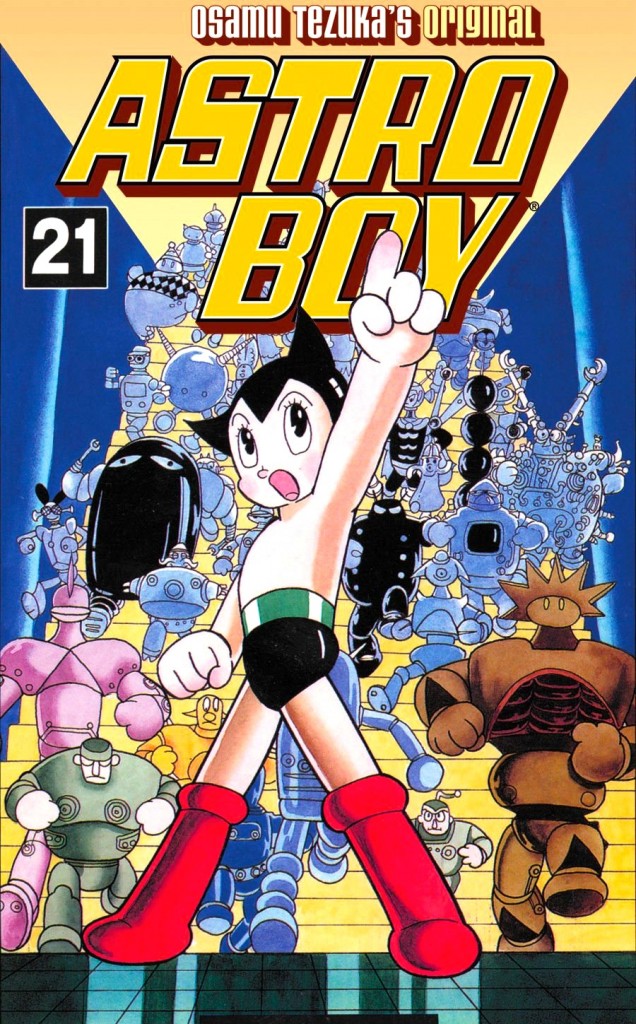 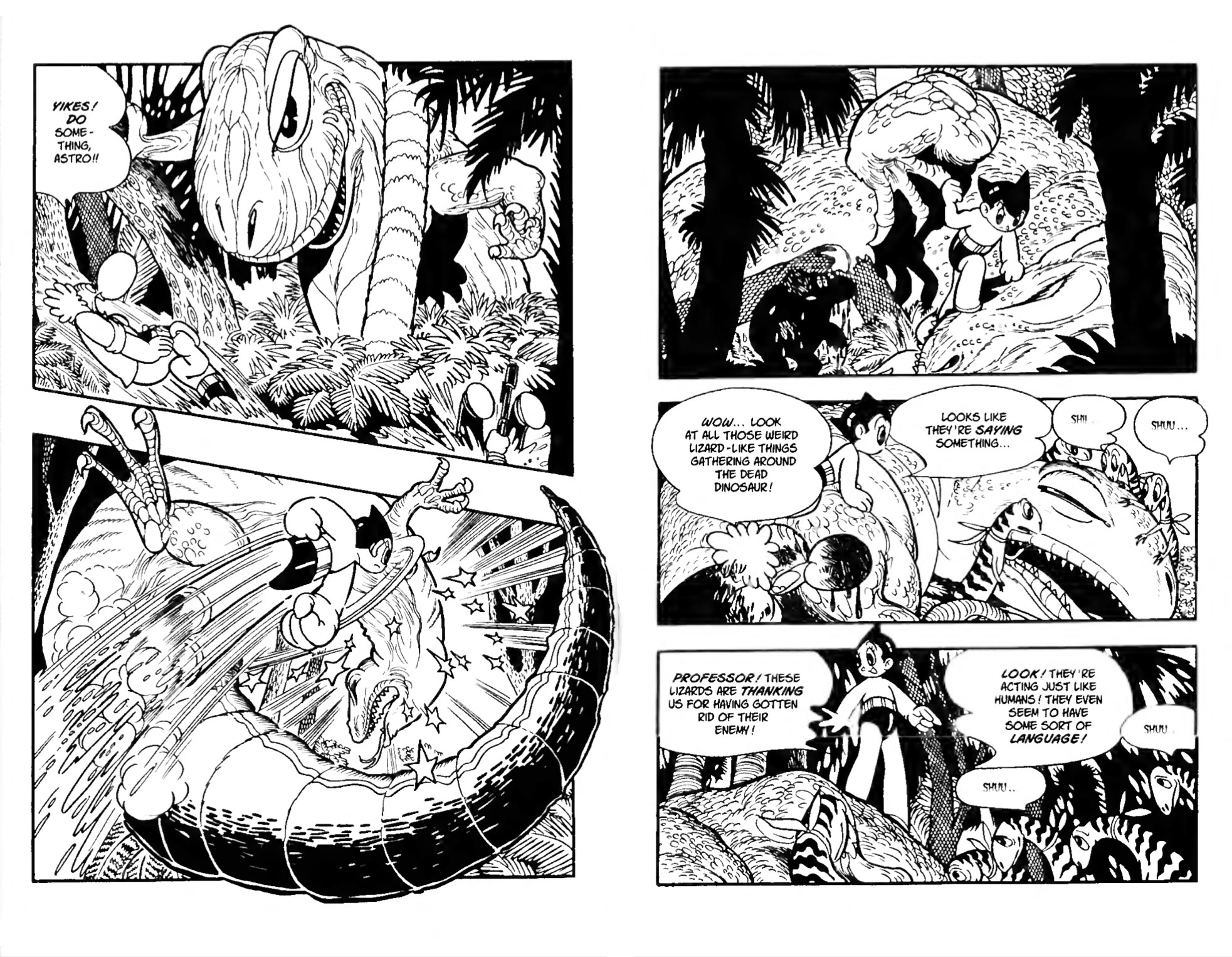 All of the early stories are extremely densely plotted and painstakingly drawn with a great amount of inventive detail, but compared to what came later they don’t have the same appeal, and mostly feel a bit frantic and arbitrary. It’s interesting to see Tezuka’s early Astro Boy work here, particularly in ‘Frankenstein’, the second ever Astro Boy strip, and ‘Mission To Mars’, the third, but they don’t work as well as the later stories in this volume. One very big difference between the early comics and the pair of 1956 strips reprinted here, is the massive evolution in drawing style. ‘The Test Pilot’ and ‘Super Cyclone’ were drawn to be viewed with special red and black glasses to simulate 3-D. Their spacious layouts with only three or four panels to a page, details bursting out of the panel edges, dynamic background patterns and dramatic explosions are enthralling to look at and their graphic sophistication feels a million miles away from the simple, crowded and repetitive grids of the first stories.

It’s almost worth picking up this book just for those last two stories because their extravagant visual boldness is unlike any other strips in the rest of the Astro Boy series, but they only amount to 25 pages out of 225 so you’ll have to make that decision based on your budget and shelf space. The rest of this volume will only really appeal to completists. Everyone else can happily skip over this one without fear of missing much.

With this volume, every episode of the original run of Astro Boy stories has been reprinted, and this historic collection of Osamu Tezuka’s groundbreaking series is complete. The series translator Frederick L. Schodt deserves a lot of credit for finding intelligent and funny ways to convey all of Tezuka’s quirks in English, and the relettering of the artwork has been superbly done by the Digital Chameleon studio. Sound effects are usually the weak point of translated comics, because so much redrawing is involved to integrate them with the art that they are frequently just left alone. But Digital Chameleon have put the hours in on this collection and the various sound effects, signs and other lettering complement the images so well all through this series that most readers will have no idea the art didn’t always look this way.

There are two more volumes that compile all the Astro Boy stories made for other publications, but beyond some curiosity value they add very little to what has been collected in these 21 books. 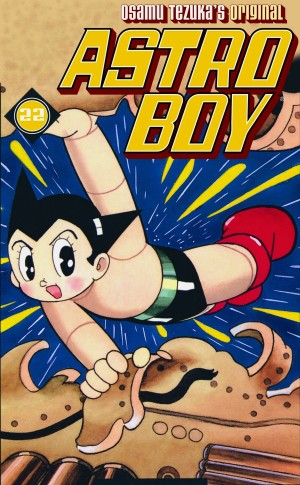 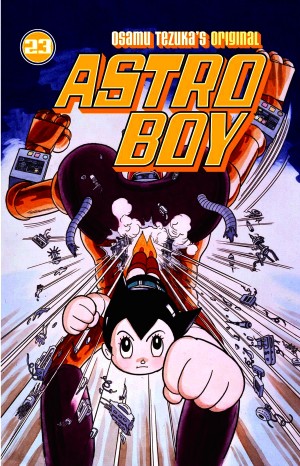