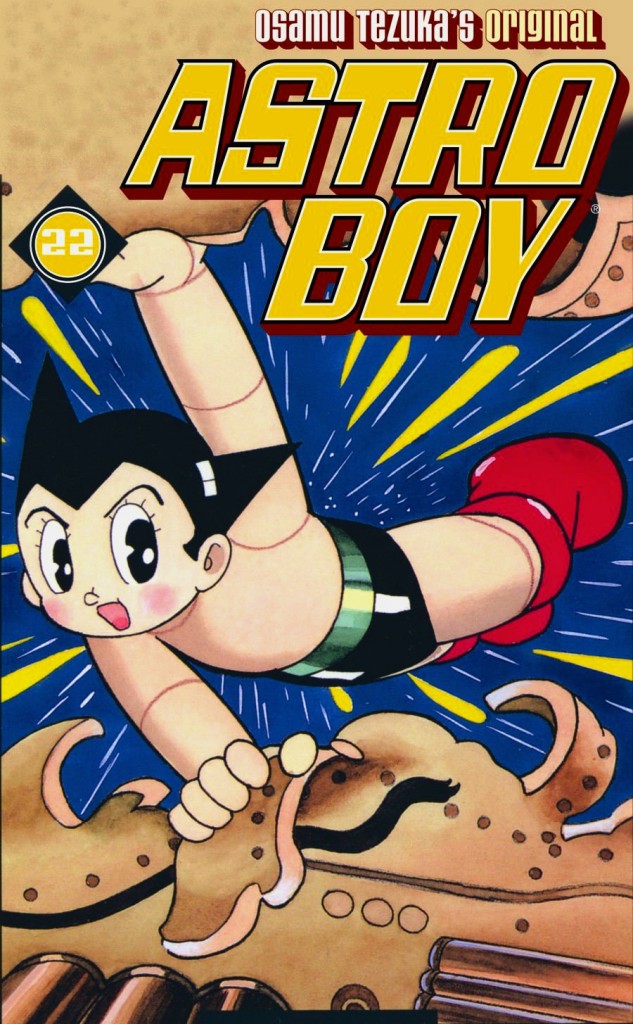 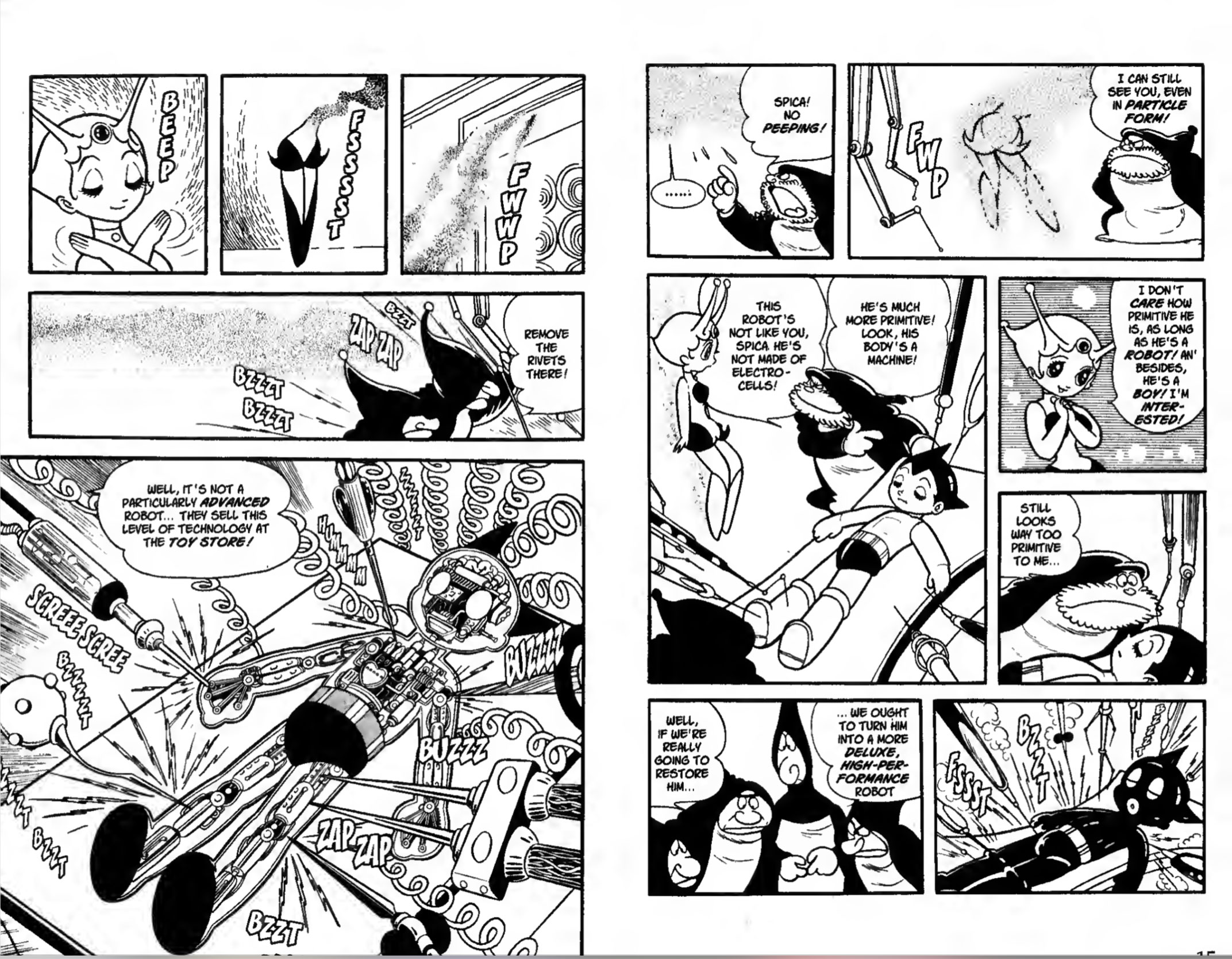 An intro by Tezuka explains the background behind each of these short and untypical strips. ‘Astro Returns’ continues Astro’s story from the cliffhanger ending of the final episode in the Astro Boy TV series. Note the new look for Astro which Tezuka tried out, but didn’t stick with, and the revision of the ‘Once Upon a Time’ storyline that we saw in volume 6. ‘The Bomb Train’ ran on the front page of a newspaper on New Year’s Day. ‘Showdown In The Standard Deviation Kingdom’ was commissioned for a magazine to illustrate the problem of over-testing students in Japanese schools. ‘Astro II’ was drawn for a more adult audience than usual. It reads like a Mad magazine parody of the usual Astro Boy. Apparently reaction was mixed but it does have some funny moments.

Tezuka says that ‘I Am Knowall’ and ‘You’re Guilty!’ are technically not Astro Boy stories but he includes them here because Astro does make a guest appearance. ‘I Am Knowall’ is drawn in a jazzy mid-century style that would have been right at home in a UPA cartoon, and ‘You’re Guilty!’ has the more detailed look of late-period Tezuka and features Black Jack, his doctor anti-hero.

‘Bad-Guy Robots’, ‘The Time Machine’ and ‘The Brain Swap’ all appeared in the Astro Boy Club magazine, an offshoot of the TV series, which probably accounts for their short and silly punchlines. ‘The End Of Astro Boy’ was part of a feature on nostalgic manga. It’s a dystopian science-fiction story with a grim ending, but Tezuka assures us that despite the title it is not the final chapter in Astro’s adventures.

Except for the gorgeously drawn ‘Astro Returns’, none of these short and mostly funny little vignettes in this penultimate volume of Astro Boy stories are essential reading, but they are fun to see. Parents should note that about a third of the stories in this volume were written for adults, and they allude to sexual situations or feature violence in a way that makes them not suitable for small children.