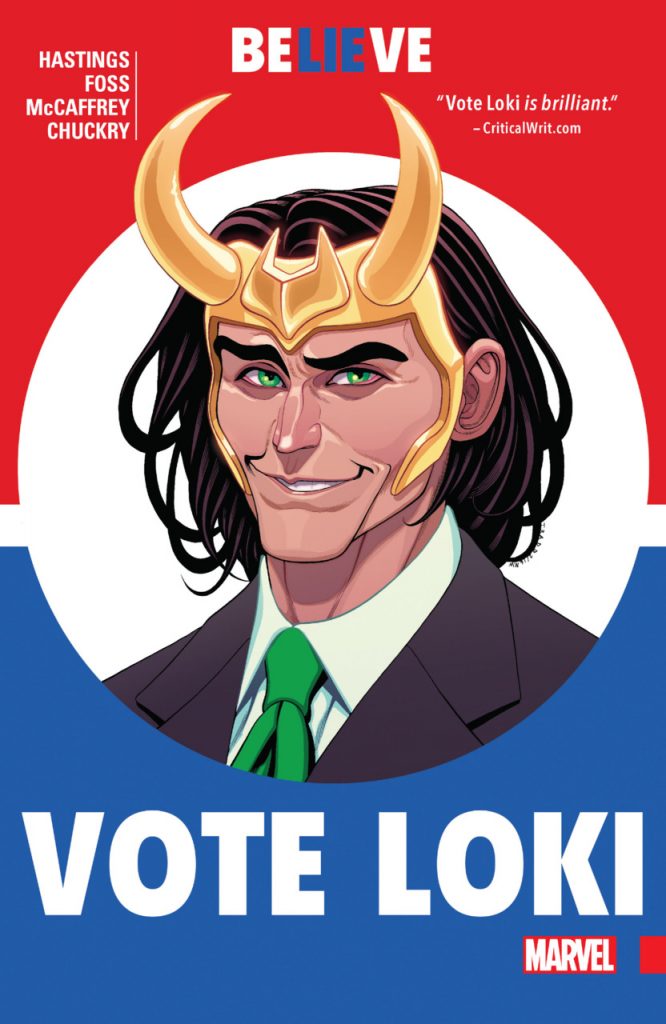 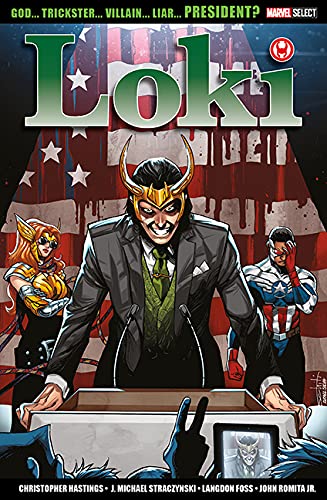 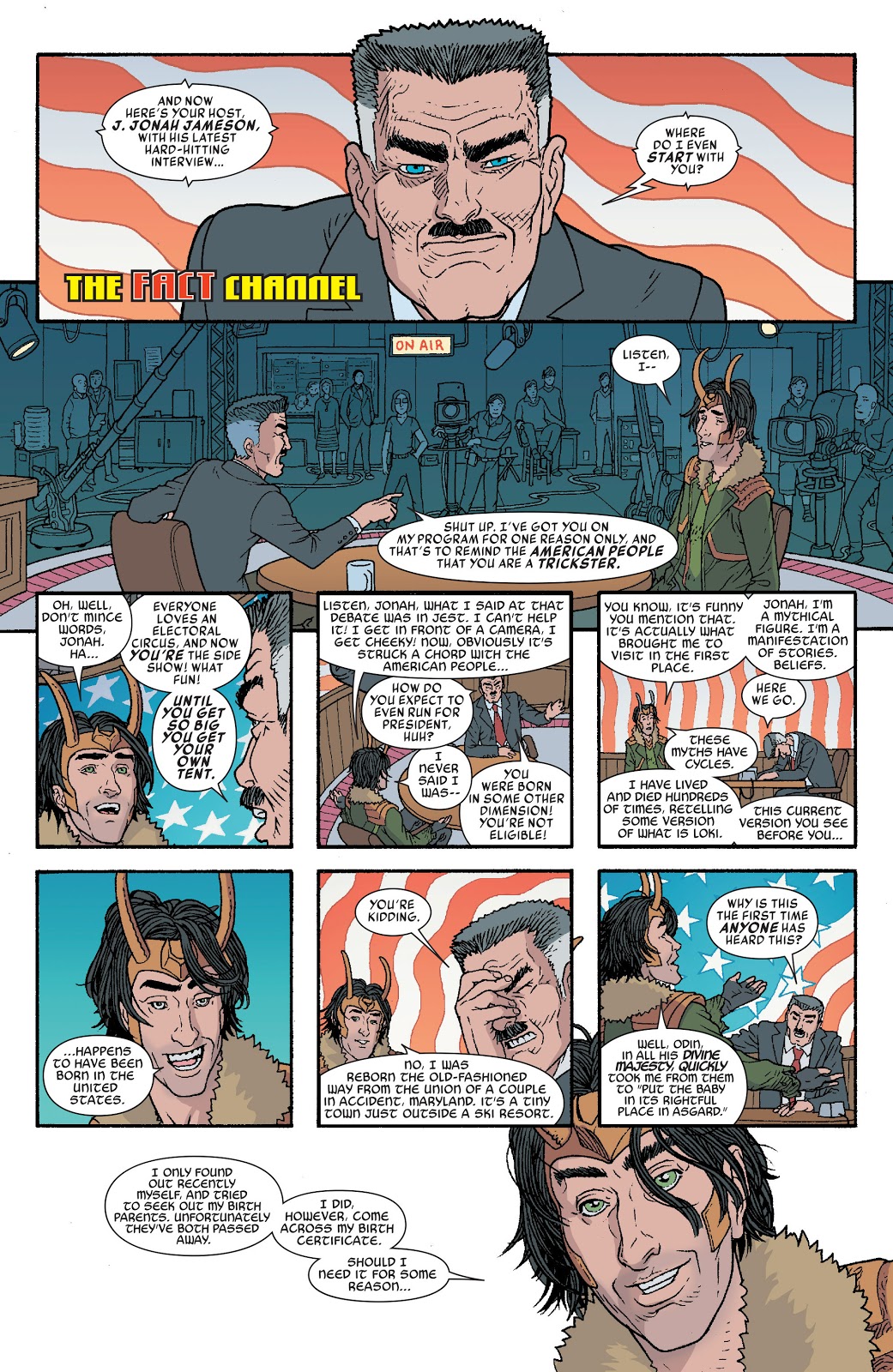 The God of Mischief is a trickster, a deceitful manipulator who follows his own agenda, usually concerned with acquiring power. What better career for him on Earth, then, than a politician? Christopher Hastings has a very cynical view of that breed as self-serving liars, so has Loki call them out with a platform of being happy to lie to people’s faces rather than behind their backs. It was originally issued to coincide with the 2016 American Presidential election, which, with no disrespect to Hastings and artists Langdon Foss and Paul McCaffrey was almost beyond satire.

Over the years, and particularly since the millennium, Loki has appeared in many different forms, and the creators play with that as they exaggerate current forms of political manipulation. When in Texas Loki is a boasting good old boy, but he’s more humble in Iowa. As with real world politicians, though, the more outrageous Loki is, the more people begin to consider him a viable alternative. Among the few never forgetting what he really is, though, is Daily Bugle journalist Nisa Contreras, whose life was blighted by Loki at an early age, and corrupt politicians after that.

Foss draws three of the four chapters, generally well, but featuring some stunted figures with a posed stiffness to the expressions he gives people, seen on the cover. This also applies to McCaffery, but to a lesser extent, while McCaffery isn’t as detailed with his backgrounds and locations.

A loose cannon Presidential hopeful is the target of several satirical barbs. Hastings even predicts the violence and intimidation that happens when a President is unconcerned about appeasing anyone not on their side. For all that, though, the main story is a glib satire without foundation and unconvincingly resolved. Loki is a manipulator, but one whose motives remain frustratingly hidden, as does his lack of recourse to easier methods well within his power set. Hastings does provide a smart suggestion on the penultimate page that Loki has been attempting to right a historical wrong, but, again, there were easier methods. We’re left with a story funny in places, which can’t compare with the insanity that followed the actual 2016 presidential election.

Two brief older back-up strips round out the collection. Ralph Macchio and Walter Simonson consider Loki’s regret at being responsible for the Avengers first coming together, while Stan Lee and Jack Kirby create an early Thor/Loki battle on Earth. It’s Kirby who emerges the best, vibrant and energetic, with a few graphically daring panels combining black and white figures with otherwise colour artwork. Neither story, though, is anything more than filler. The 2021 UK edition of Vote Loki also includes a two chapter Spider-Man story written by J. Michael Straczynski and Fiona Avery with some stunning John Romita Jr art.