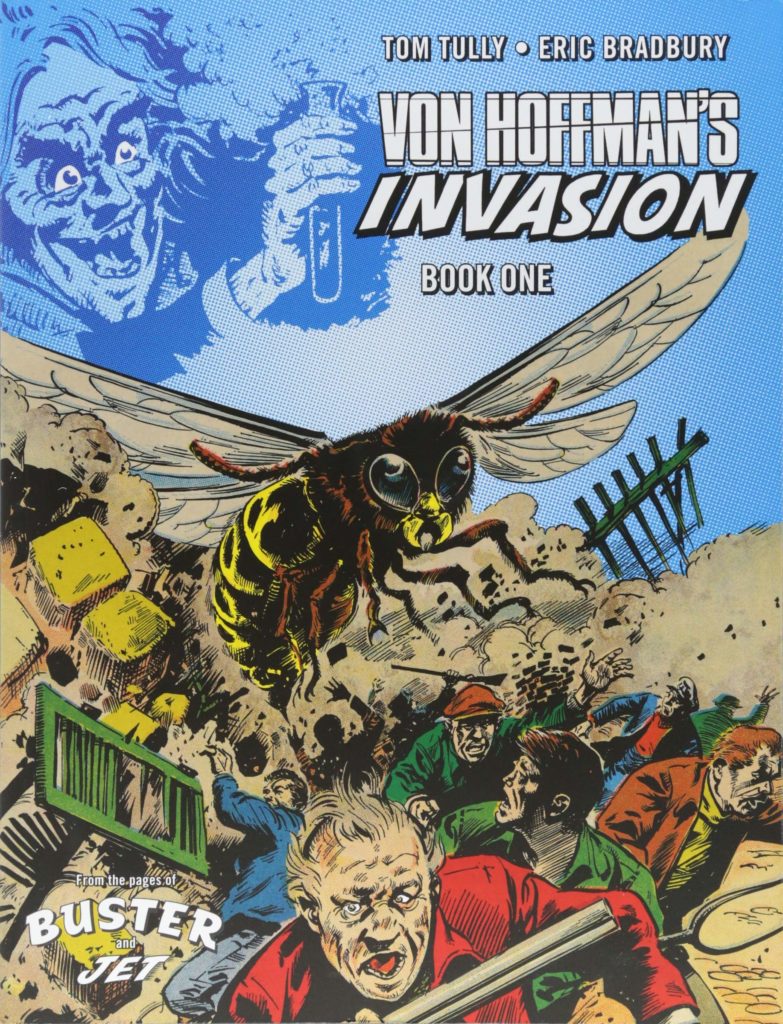 Some Rebellion reprints of 1970s British boys comic strips really make you wonder what they were smoking at the editorial conferences. Meet Von Hoffman, a Nazi scientist jailed for 25 years after World War II, festering all the while. He swears revenge against Britain, and has invented a serum to enlarge creatures and force them to obey him. As the back cover notes, there’s not a church fête, army camp or national monument beyond his reach. Or indeed monkey sanctuary, pie shop or football stadium.

Tom Tully didn’t take the strip remotely seriously, although that possibly flew over the heads of young readers due to Eric Bradbury drawing the story as if it should be taken seriously, give or take the odd manic expression. At times Klaus Kinski appears to be a model. Von Hoffman starts by invading Cornwall on a giant eel. Prone to invective outbursts along the lines of “Why, those treacherous English pig-dogs! They shall pay for that wiz their lives!”, this after an army helicopter fired at the giant wasp he was riding and terrorising the town. Or alternatively he’ll be boasting “soon the whole of Britain will lie at the mercy of my giant ones. Long live ze Fatherland”. However, what he hadn’t counted on was brothers Barry and Joey Drake of Little Upton, their father absent on a remote island working on secret government research. Needing something to occupy their time, creating the antidote formula seems just the job, and instead of taking his revenge on Britain, Von Hoffman’s attentions are diverted by the plucky lads.

Tully was always a writer adept at mining a formula, and with the entire wildlife of the British Isles at his disposal, each sample of which could be stretched to three or four episodes, he was never going to run out of steam. After the eel, Von Hoffman enlarges a lobster, a wasp, a frog, a dog, a pigeon, a mole… You get the idea. Von Hoffman’s not a great planner, and tends to point his enlarging gas at any creature he comes across, with Bradbury allying the comic scuttling of Von Hoffman himself to perfect illustrations of wildlife, tanks, and villagers. Tully’s enjoyment in contriving ever more preposterous humiliations and failures for Von Hoffman transmits, his highlight being the mechanical dinosaur, which is where we leave Von Hoffman’s machinations for the time being.

Although Bradbury draws a perfect sleepy England of the early 1970s, Von Hoffman’s Invasion is still funny enough to consider gifting it to a youngster of today. Anyone who read it back in the day ought to find it even more bonkers than they remember. 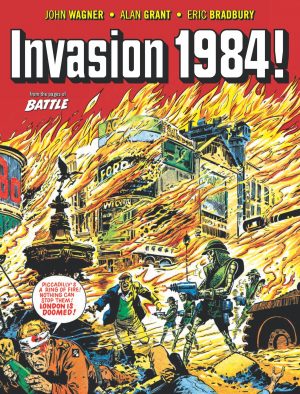