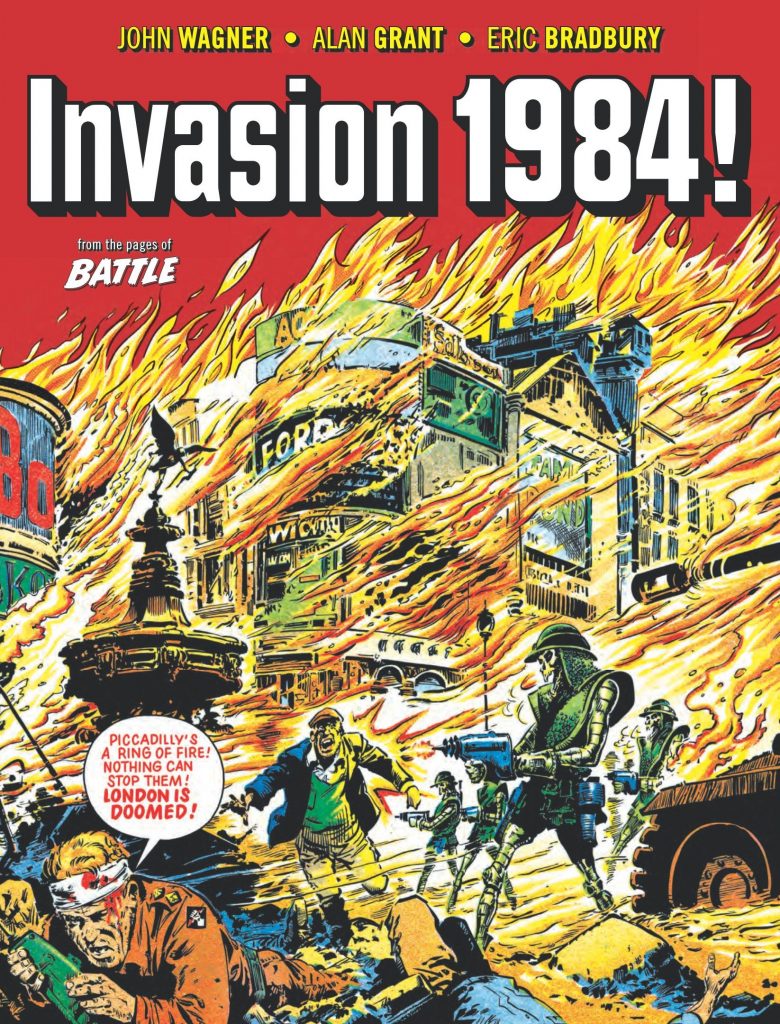 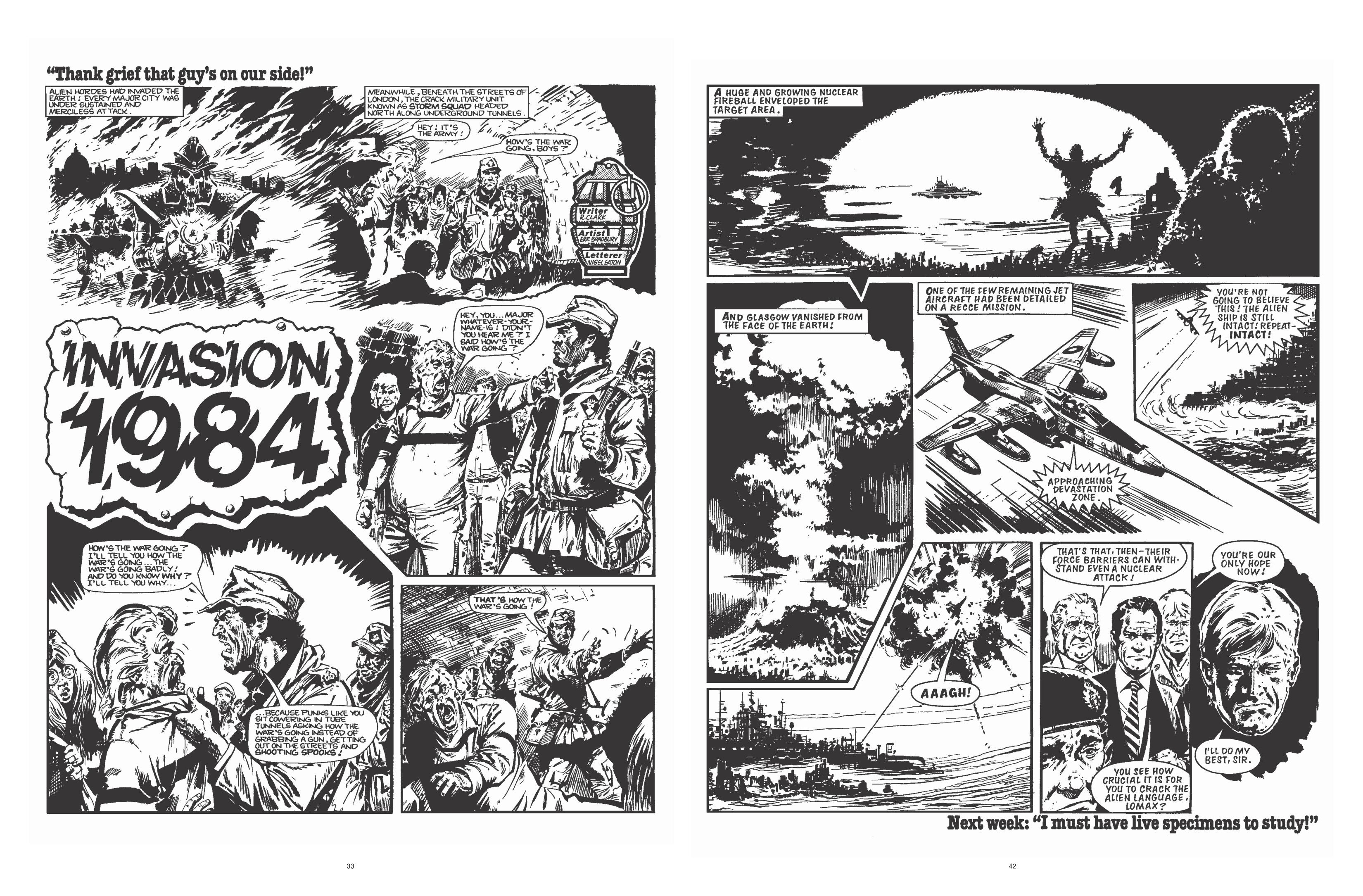 During the 1970s and early 1980s it seemed a staple serial of every boy’s adventure comic in the UK was an invasion story. Invasion 1984 was a late genre entry, but the writing team of John Wagner and Alan Grant (credited as R. Clark) and artist Eric Bradbury revel in the mayhem to create a series that still reads very well.

In 1983 Wagner and Grant were creating a golden era for Judge Dredd, and they bring the same dark humour to Invasion 1984, at times unconcerned about the invading forces as such other than as means to script indulgently funny sequences. A granny sees off the elite defence force Storm Squad by claiming they’re frightening her cat, Glasgow is obliterated, and they supply hilariously over the top macho dialogue. However, for all the funny moments, Wagner and Grant keep a cracking plot going, focussing on the preposterously hard Storm Squad, but also taking the unusual step of placing linguistics professor Ed Lomax at the centre of things. He’s desperately trying to communicate as death and destructions abounds.

That death and destruction is superbly drawn by Eric Bradbury, his graphic style surprisingly explicit considering the publishers were still cautious after the furore over violence that closed down Action several years previously. He’s only allocated three pages at a time, and packs in an incredible amount of detail. Take a look at the destroyed city on the bottom of the second sample page. The care taken with the remains of the buildings for what’s a tiny element of the page shows a stunning work ethic. His depiction of the cast is also superb, each of them visually defined to suggest their character from the heroic blond Lomax to the sleazy, corpse-robbing soldier, Burke, and Bradbury’s designs for the alien hardware are notable.

In a nice touch, Invasion 1984’s original serialisation ended in the December 1983 issues of Battle. There’s little originality about the premise, Mars Attacks merged with The Dirty Dozen, but Wagner and Grant were old hands at this type of action material, and the economy of their writing is to be admired. They have the pacing down and the action up, each episode providing a laugh, along with plenty of thrilling violence, taking occasional detours into surprisingly sadistic horror. Can Lomax decode the language and can Storm Squad storm enough bases to put the aliens to flight in what becomes a race against time?

Some of Rebellion’s Treasury of British Comics series are of their time. They’ll provide a nostalgic glow to anyone who read them back in the day, but don’t offer much to new readers all these years later. Invasion 1984 bucks that trend with a cracking formula adventure that maintains its suspense to the end.