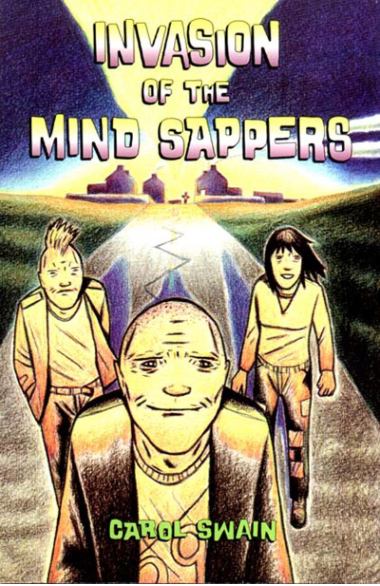 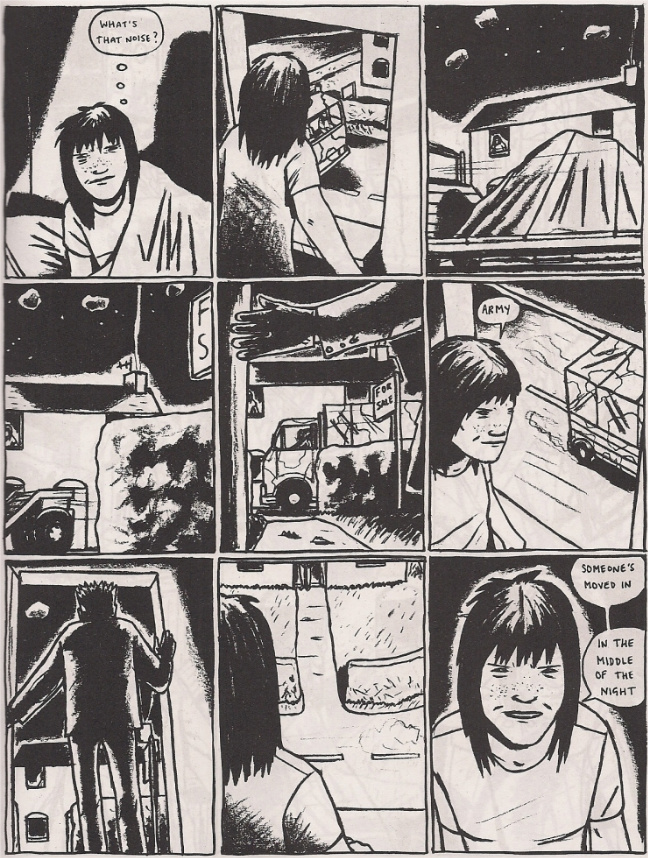 Invasion of the Mind Sappers is a story of an alien who arrives on earth, and enters the youthful protagonists’ life in a most unexpected way. Or is it?

For those familiar with Carol Swain’s short, poignant and mostly true to life stories, the title of her first book length work must have seemed a shock, bringing to mind 1950s sci-fi B-movies, in particular Invasion of the Body Snatchers, where aliens arrive and replicate humans. That may be part of what’s happening here, but the mechanics of the ‘science’ are less important than the social and psychological effects on the host community, the fictional rural Welsh village of Llanparc. Swain understands the setting as perhaps only someone who’s been away and returned can.

It’s worth also understanding the wider context of the story. In the 1990s, many in London and South East England prospered, but it was quite different in the UK’s distant regions and nations. In Wales, the death of mining and heavy industry destroyed whole communities, giving young people a stark choice: leave home or have no prospects. Perhaps this explains why teenagers Dai, Ivan, and Helen, become so focussed on the idea of aliens within their midst – they need to believe there’s something more than the ‘rock and hard place’ choice being presented to them.

Still this youth unemployment did create the conditions for some innovative creators in independent media. Swain was part of the 1980s independent comics scene that followed the boom in independent record labels. Like the best results of the latter, she’s both engaged with the realities around her, and creating a personal, poetic form to explore them. The use, here, of the science-fictional device gives her a fresh angle to explore observed and lived experience. Swain’s always empathic and humane: Helen’s friends may not have Carol’s outsider critique, but they’re utterly real, believable, decent people. She shows none of the escapee’s score-settling and resentful hatred of ‘local people’ we find in contemporary works like TV’s The League of Gentlemen, or the mocking of working class ‘chavs’ in Steve Coogan’s Paul and Pauline Calf.

The alien invasion element can almost be read as entirely in the characters’ imaginations, but for the opening sequence of the ‘flying saucer’ crashing into the atmosphere. The narrative would have been fine without this, but it lets Swain draw a beautiful sequence of the Welsh hills and valleys. It channels the abstracted landscape paintings of say Paul Nash (himself subject of a graphic novel by Dave McKean).

Swain has always tended to the poetic, but this first book-length work is also well structured, with a cause and effect plot, turning points, revelations, and escalating events. Yet she’s never formulaic or predictable. You can imagine she begins these stories not knowing an ending, and she herself is pulled along with the characters, as they shape their own conclusion.

The art is in Swain’s trademark style: it’s painterly, building up soft tonal compositions in pencil/ crayon. Innovative at the time, there’s still little to compare to this.