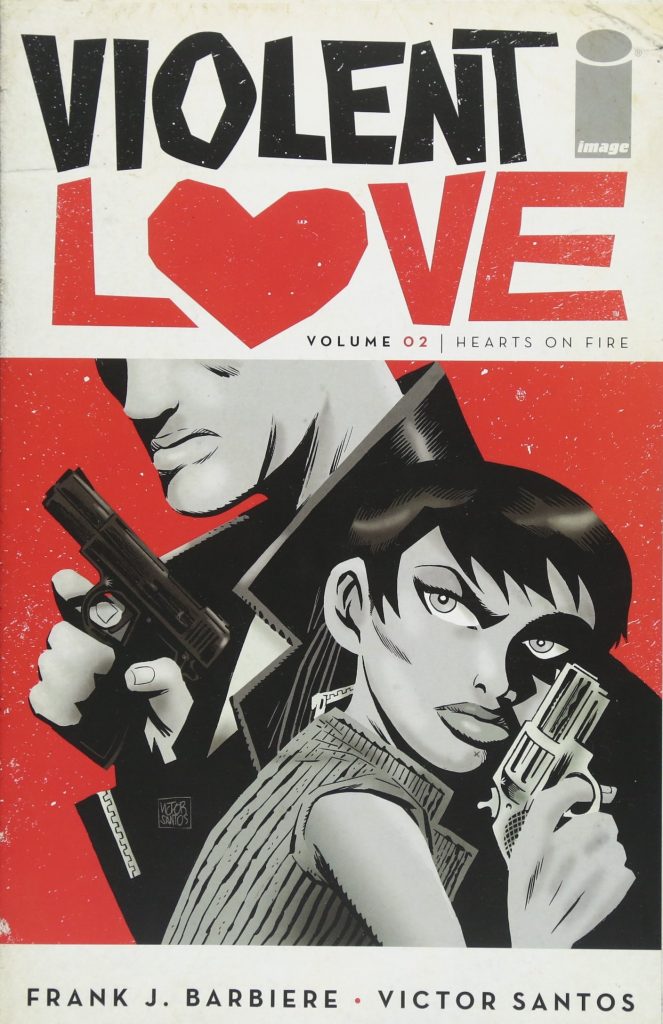 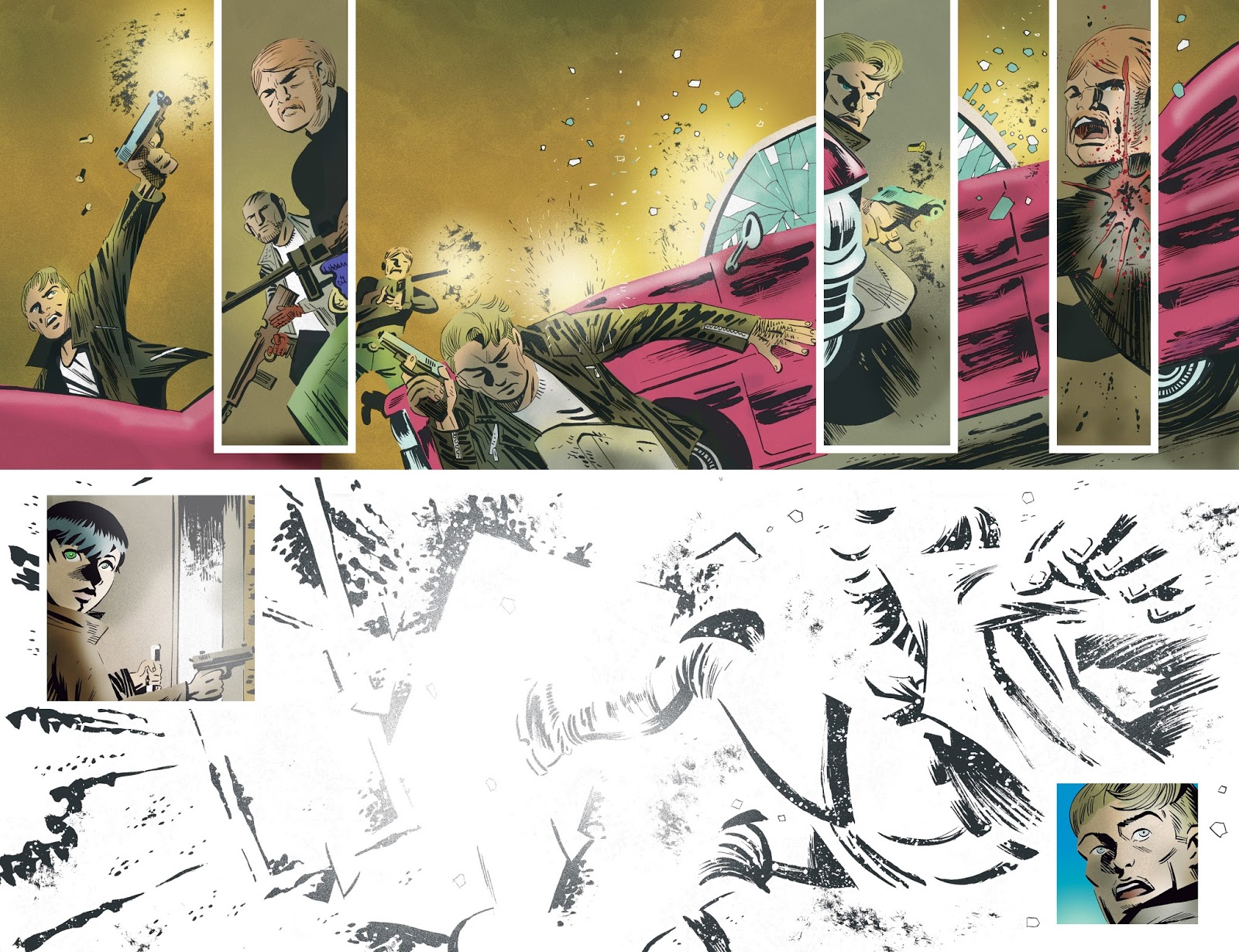 There’s a surprise opening to Hearts on Fire when it begins in 1951. We’ve already seen action in 1987 and 1969-1971, and it takes a few pages before it drops into place how this flashback connects with the main story. For that, Frank J. Barbiere shifts expectations considerably over the opening chapter, which primarily looks back at Daisy Jane and Rock Bradley in their early 1970s heyday.

Once again, while Barbiere does his bit by providing a compelling story where people have believable motivations, it’s the amazing art of Victor Santos that really catches the eye. His cinematic storytelling supplies an incredible pace to the action scenes, yet his loose cartooning is also capable of defining the cast with some tenderness during the quiet moments. He also draws some stylish retro-cars.

Stay Dangerous was rather shy on the love portion of the series title, but the expected romance between Daisy Jane and Rock blossoms here, an organic conclusion to their thrill-seeking activities. It arrives as Barbiere drops a surprise far less predictable than the ending last time around. It occurs around halfway, and is beautifully handled, suddenly raising doubts in the reader about the possible conclusion to events in both 1971 and 1987. That suspense is maintained until almost the end, when Barbiere chooses sentimentality above the likely reality he’s prioritised up to that point. It’s probably because Barbiere has a sting in the tail to drop on the final page. It’s good, but not good enough to overcome the mistake, and Hearts on Fire needed an ending in keeping with the way the story rolled out.

Still, there’s more than enough excitement overall, and page after page of great art from Santos, so any quibbling about value for money is redundant.