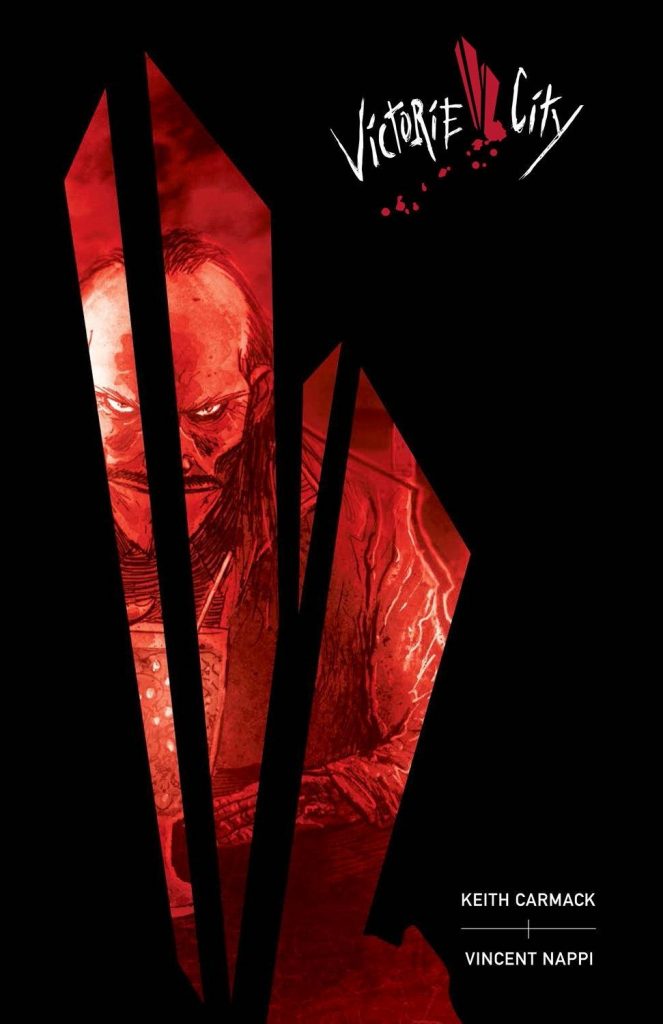 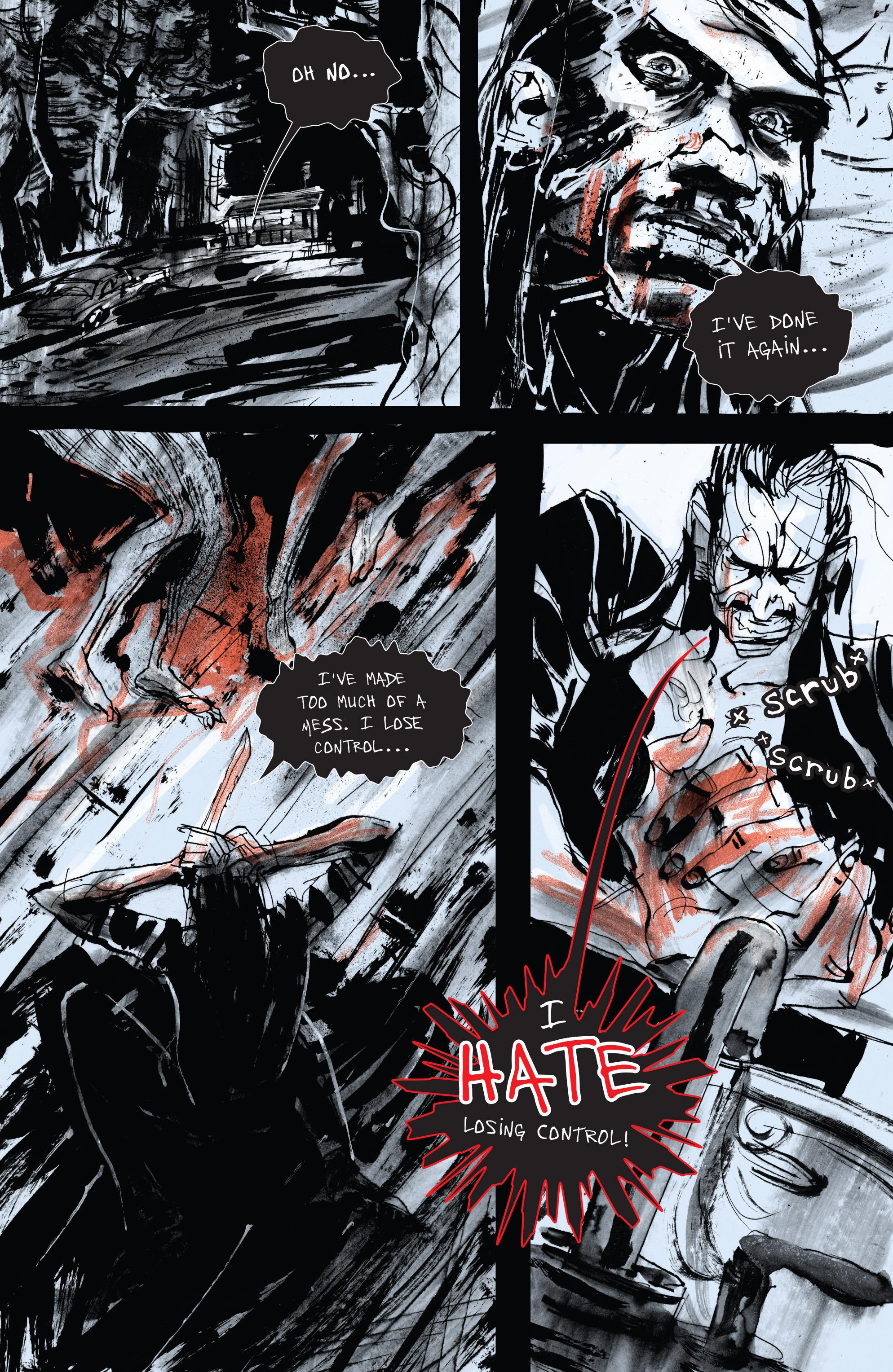 The bleak crime drama of Victorie City is very much an exercise in style. Vincent Nappi’s art is intended to foster a sense of unease, with its overall scratchy black and white approach, heavy on the black ink, overlaid with a variable single colour. Figures are distorted and seen from odd angles with the panel borders increasing a sense of claustrophobia by closing in on them. It’s very effective, and heightened by Jessi Adrignola developing distinctive lettering for each of the main characters. Unfortunately it’s all in the service of disguising a very obvious and ordinary story.

Keith Carmack sets up two opposing forces. On the one side there’s an unrepentant serial killer, seen in the opening pages going about his business delivering meaningless homilies before the knife descends. Hektor Ness is the single clean detective on the local police force, suspended when he arrests his partner for extorting money. Every now and then he’s featured with his wife, sick of their life and wanting to move, and he keeps the truth from her in portentous conversations. The set-up could just about pass muster if so much weren’t left unexplained. We just have to accept the intrusion of super powers, that Hektor is silent when he could be defending himself, that his name echoes one of America’s most famous real life detectives. There is closure for the case Hektor’s working on, but while shocking, it’s not very credible because there’s no real clues as to motivation beforehand, and the final page bombshell is limp.