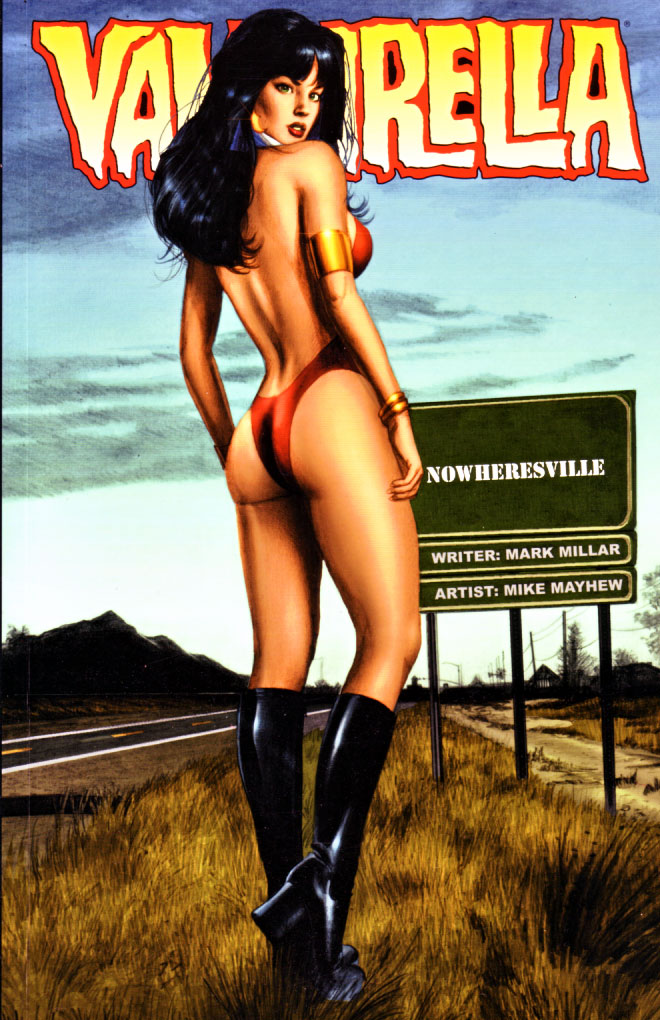 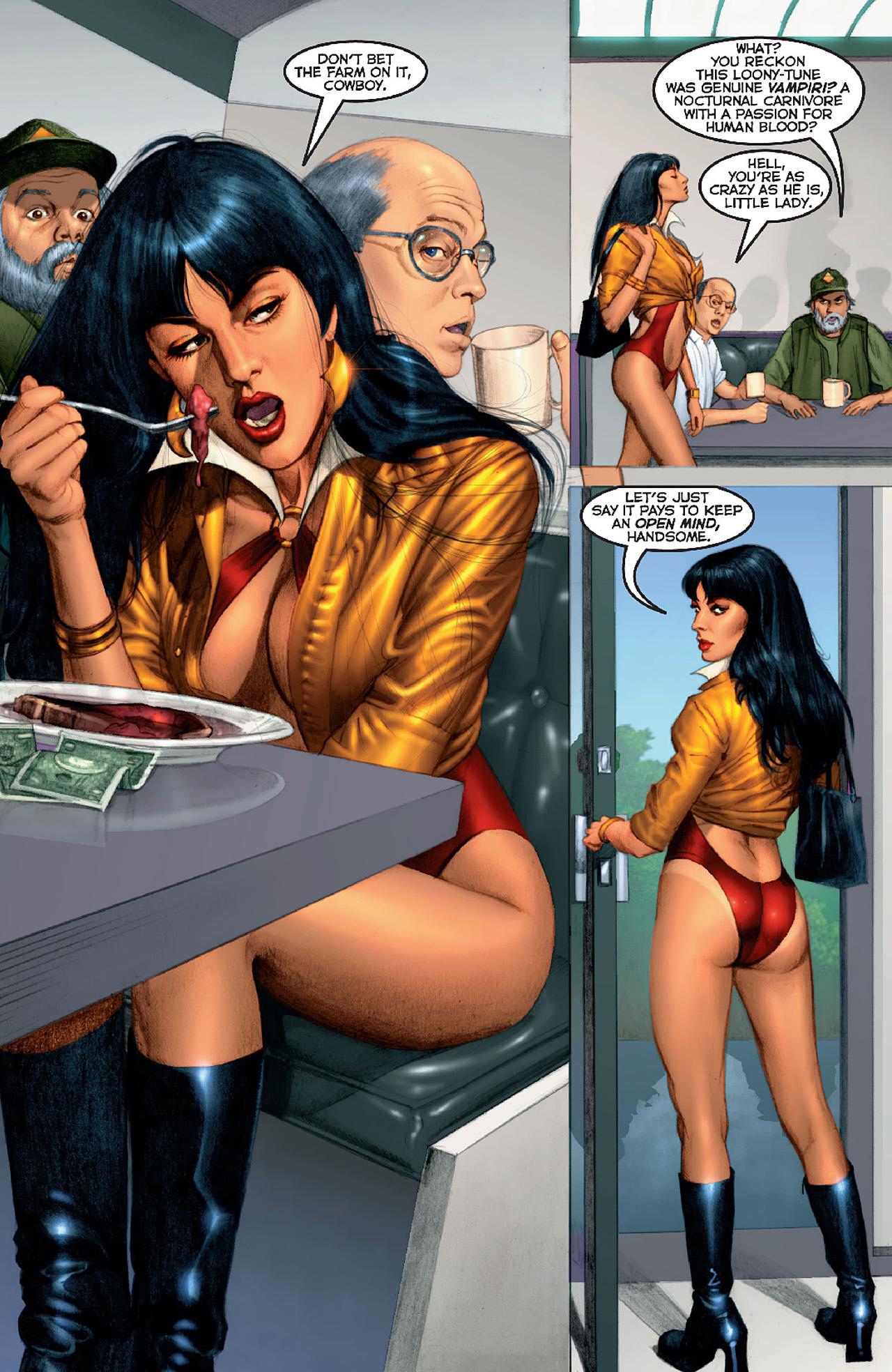 To begin with Nowheresville just induces a massive sigh of disappointment. We have Mark Miller channelling the thirteen year old he was when he first saw Vampirella, throwing in every gratuitously offensive comment he ever thought of while sniggering behind his text book in a boring school class. Then we have Mike Mayhew’s pseudo-realistic painted art that, as far as Vampirella is concerned, appears lovingly traced from the skin mags he hid in the house during his teens. He also presents the world’s first combination of federal agent and lingerie model.

So that’s the first chapter, but once both creators are past the excitement of spunking their load on that, Nowheresville becomes a little more interesting. Mayhew tones down his source material and Millar’s imagination kicks in. At the time much Vampirella material consisted of supernatural tosh, and by switching the mood to urban horror Millar provided a much needed change of atmosphere. Nowheresville is the derisive name applied to a small community consisting entirely of vampires, a few of whom venture out into the wider world to cause the trouble that vampires do, which is what first attracts the notice of Vampirella, and then of others.

Millar toys well with preconceptions of what the story’s going to be, and while in no area whatsoever can it be considered subtle, it’s considerably better than most Vampirella stories of the era. Mayhew’s art has drawbacks. We can all admire the composition of a single painted panel, but that painted quality brings with it a considerable difficulty in conveying movement. More often than not the cast look posed in position.

Nowheresville is a very short graphic novel, and better found these days in volume three of Vampirella Masters Series. There it’s accompanied by ‘Fear of Mirrors’ another Millar and Mayhew collaboration. 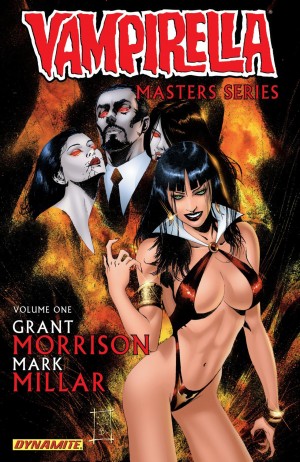