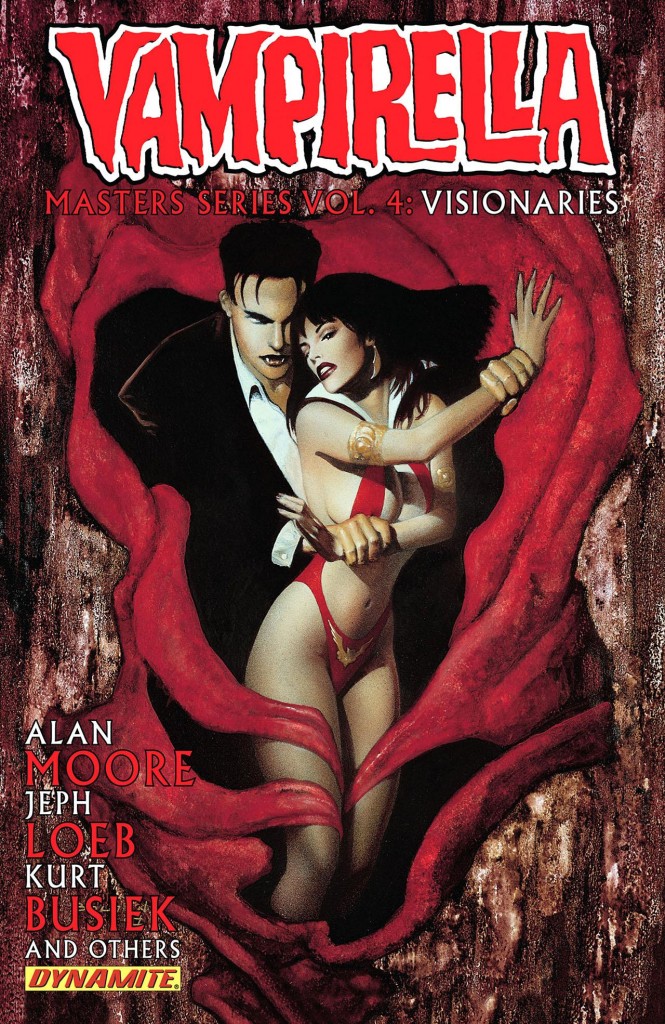 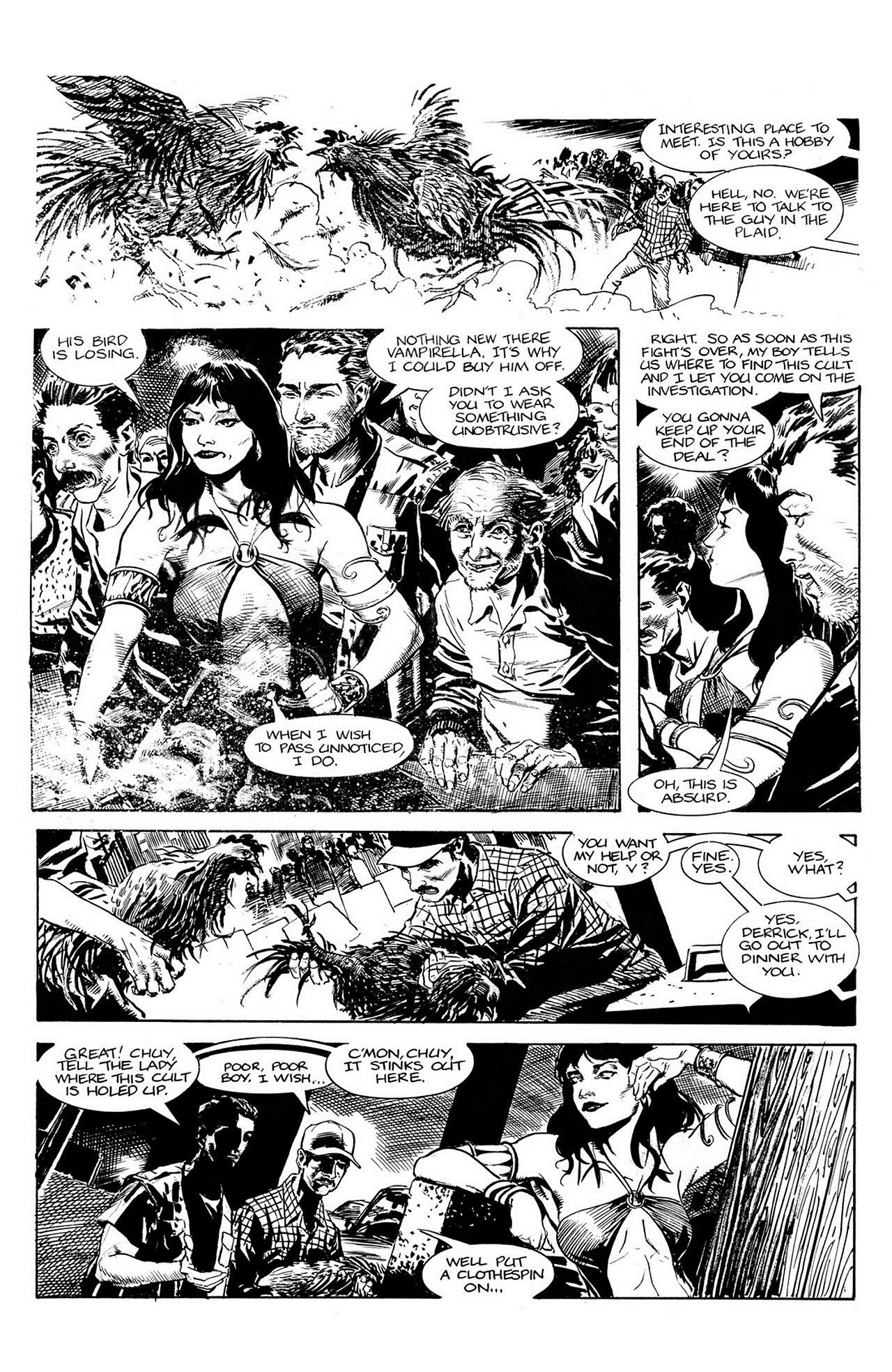 This fourth collection of Vampirella Masters really stretches the point by hoovering up eleven short stories produced by any creator with a  fan following, plus a Kurt Busiek tale not included in the following volume dedicated solely to his work. Busiek works with the traditional 1970s Vampirella for one of the better samples offered, not bothering with vampires as foes and going instead for bugs in a B-Movie script nicely illustrated by Art Adams.

There’s a coy subtlety about the way Tim Sale avoids fully illustrating Vampirella, a fairy tale quality about the pages of Alan Davis, and for some reason Steve Lieber (featured art) is consistently under-rated. His work here harkens back to the classic newspaper strip cartooning of the 1960s and 1970s.

Vampirella is entirely absent from Alan Moore’s story of Dracula arriving in America. It’s clever, and horrific, while a companion interview with Moore has him expand on the appeal of vampires. Gary Frank’s art is also terrific, even understated in places. Other worthwhile contributions come from Michael Golden, extrapolating the clichés of lesser Vampirella stories and with some fine black and white art, and from Ty Templeton and Bruce Timm. Their emotional content is so good that for a few pages it successfully cultivates an atmosphere that could make this a universal story rather than one featuring Vampirella. They play fair, and revert to type by the end in a contender for the best of the book. Another is the collaboration of Jimmy Palmiotti and Amanda Conner pitching Vampirella at a Fantasy Fest. It’s entirely different in tone, substituting light comedy for emotional longing, and Conner’s art is her best in the series to date.

The material sticking most closely to the obvious expectations engendered by Vampirella as a character is the weakest. This includes her co-creator Forrest J. Ackerman and Mark Texeira’s exploitative effort.

For a series that’s being sold on the quality of the writing, in this selection it’s the art that’s far more impressive, although a few stories stand out. The emphasis on art continues with a top quality selection of names contributing pin-ups for the back of the book. John Bolton’s cover reappears without text, and there’s also Dan Brereton, Golden, Jae Lee, David Mack and Mike Mignola among others.