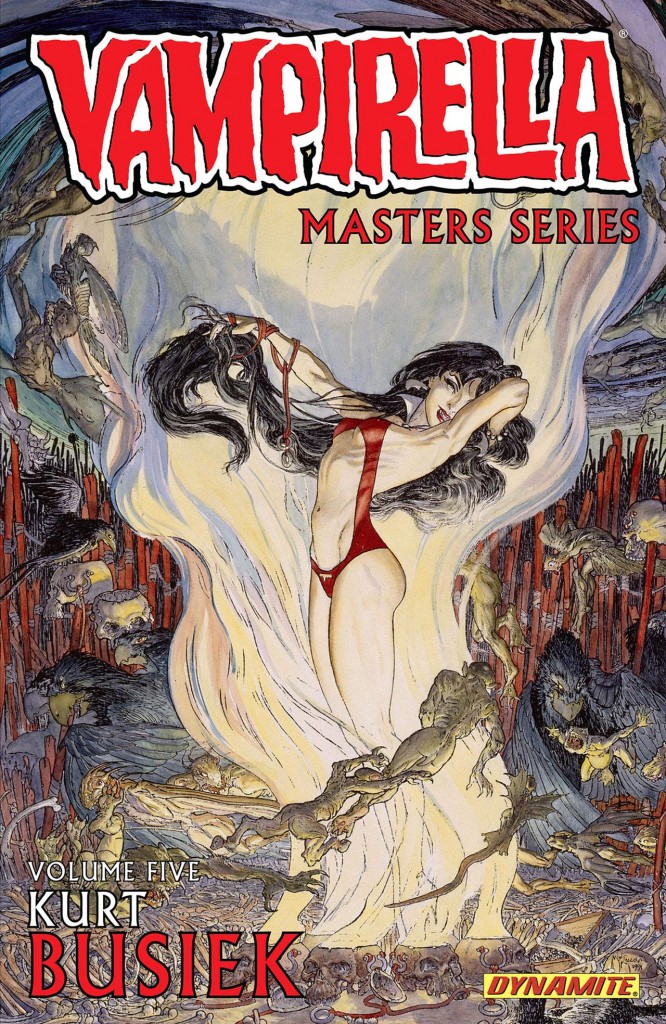 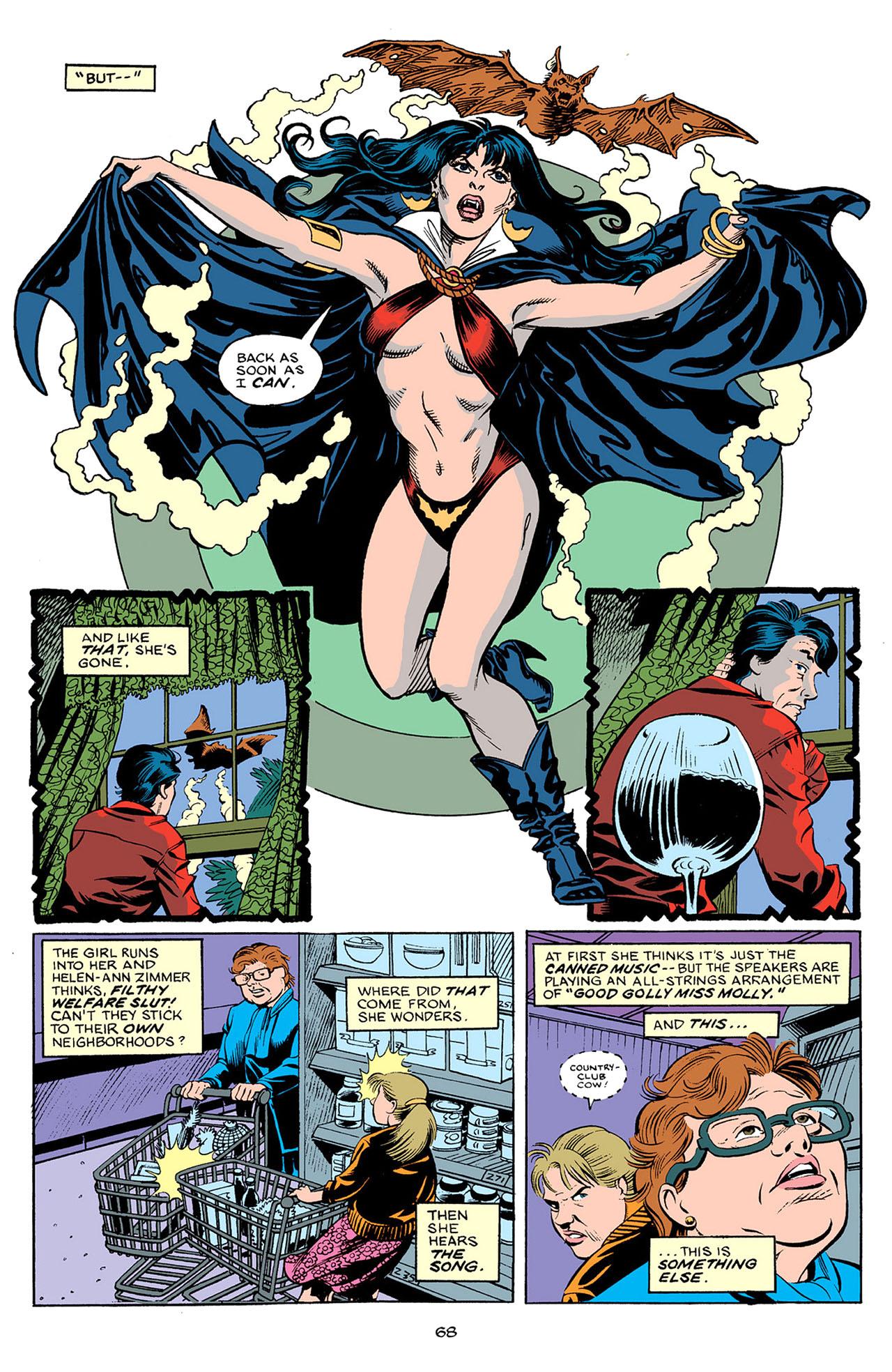 This is the largest of the Vampirella Masters Series volumes, encompassing two four chapter stories and three shorter stories. Kurt Busiek’s introduction relates how he considers this the first work he produced when having a confident and knowledgeable approach to his writing, the stepping stone to the later phenomenal success of Marvels and his subsequent career.

Originally published in 1991 and 1992, this material pre-dates the remainder of the Masters Series, and served to re-introduce Vampirella to a new audience almost ten years after she last saw publication. Busiek incorporates an absence in his opening story ‘Morning in America’ and Vampirella’s eventual reappearance is a crafty piece of plotting. Otherwise Busiek seems very much influenced by the approach used by Marv Wolfman on Tomb of Dracula. He hints at danger, building a foreboding mood, characterises potential victims for increased emotional connection, and a prolonged simmering tension ensues. Primary artist Louis La Chance (sample art) is little known, and his style isn’t too far removed from that of Richard Howell later in the book. He’s not one for varying the viewpoint much, but otherwise conveys what’s required and as far as possible does so by de-sexualising Vampirella. He’s stuck with the costume, so some objectification is inevitable, but rarely for a Vampirella artist his greatest interest is the plot, not producing pin-up pages.

‘Morning in America’ meanders a little, but provides a valid reintroduction for Vampirella and her previous cast, and there’s almost a feel of Buffy the Vampire Slayer about it in places, which is no bad thing. It’s constructed to incorporate escalating dangers before the main event finale, which won’t disappoint anyone who enjoys their gothic horror. Assorted guest artists illustrate dream sequences, including Vampirella’s designer Trina Robbins. James Fry’s Archie style Vampirella is notable, and Carmine Infantino supplies several distinguished pages.

Dave Cockrum, Fry and Howell then illustrate three shorter pieces about individual members of the supporting cast, the best of which is Chelsea meeting a ghost. There’s an acknowledged vulnerability that provides a stronger emotional pull.

Louis Small Jr’s art for ‘The Dracula War’ is a return to the busting out all over Vampirella of old, never turning down the chance for an exploitative image. On the positive side his layouts are more imaginative than the previous story and better than much of his work elsewhere on Vampirella, although they become skimpier and skimpier as the tale continues. There’s a good use of supporting character Pendragon, but once you’re past the art it’s a dreary story that lapses into predictability. Busiek mentions in his introduction that he left mid-story, and it’s not exactly highlighted in the credits that Tom Sniegoski is responsible for most of the actual writing beyond the first chapter, working with Busiek’s plot. The most interesting aspect of that is the suggestion that Vampirella’s previously known origin – alien from vampire planet Darkulon – may be false, but can anyone believe Dracula?

Both Busiek’s introduction and editor Howell’s afterword hint at a villain beyond the stories being involved with Vampirella, which may be why this Masters series is so patchy overall.