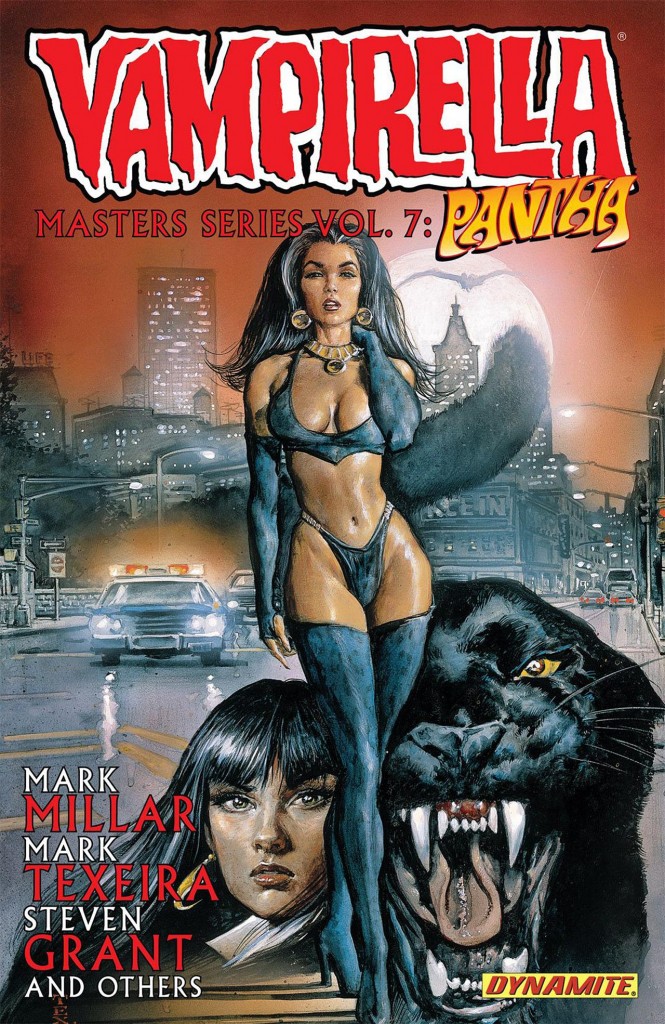 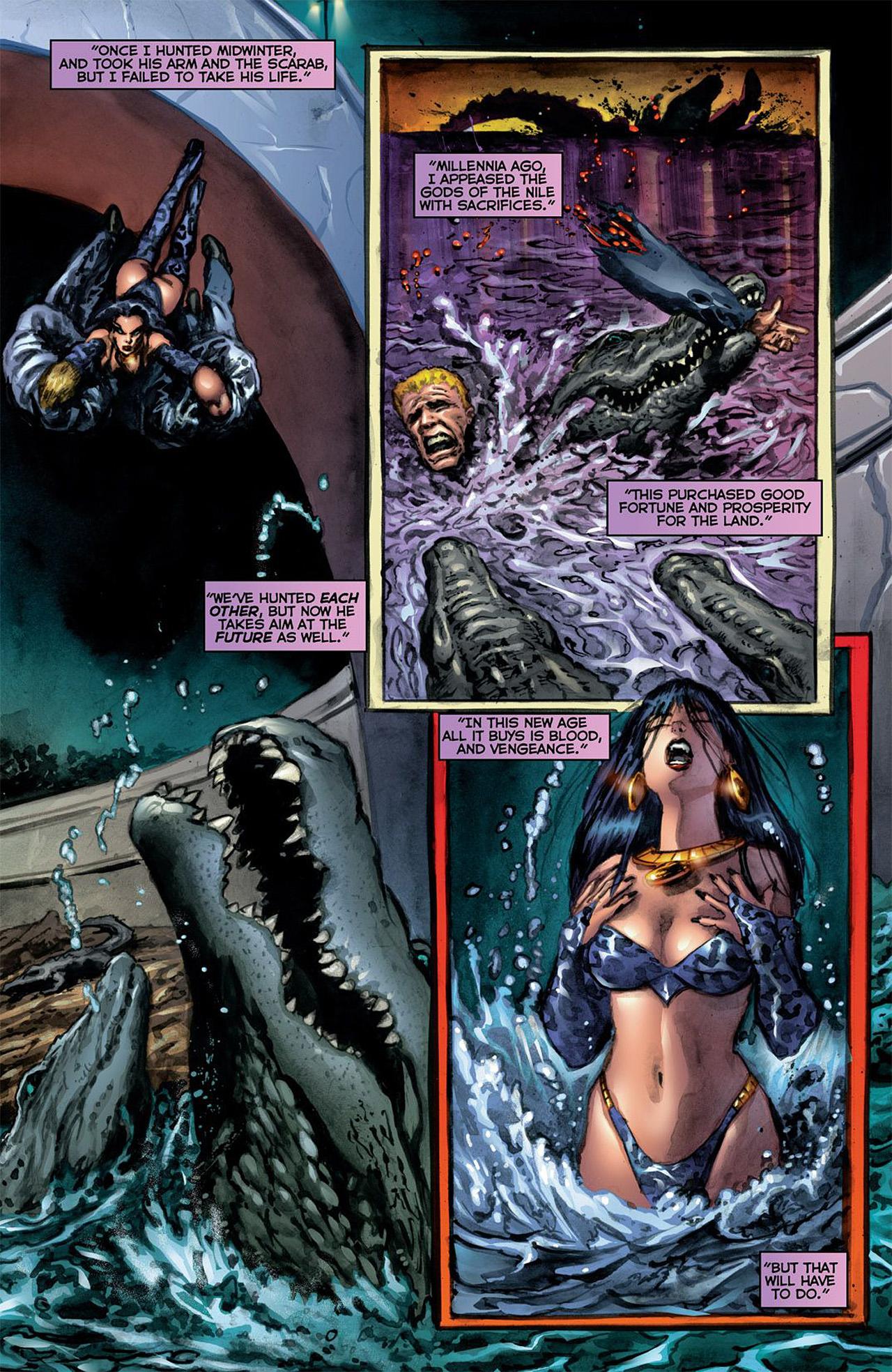 Since the 1970s Pantha has been an occasional guest star in Vampirella strips, a female panther who’s stalked the Earth since the days of the Egyptian empire, and who can transform herself both into a fully human woman in a bikini and into several interim stages if that’s more suitable. It’s a valid twist on the old werewolf legend, although isn’t accompanied by a compulsion to drink blood. Her longevity allows her stories to be set in almost any time period, and that’s an opportunity Steven Grant in conjunction with David Conway makes use of.

Pantha has a particular grudge against Nazis, both the original 1940s version and their modern day revivalists, but this is far from a cohesive sequence of stories. It reads more as if these are almost all sidebars to events going on elsewhere and the only portions we’re presented with are those featuring Pantha as there’s a strange fragmented feeling to most.

We can rejoice as finally an artist receives a cover credit as a Vampirella Master, although it takes Mark Texeira drawing every single page of this book to be considered as such. This is a far more restrained Texeira than seen earlier in the series, one seemingly finding his female poses in more wholesome source material. Not that there’s any shortage of cheesecake. This is Vampirella after all.

It should be mentioned that this may be a Vampirella Masters volume, but there’s very little Vampirella. She’s mentioned in several places, but only definitively appears in Mark Millar’s opening story. Most of the content is the same b-movie exploitation that serves for Vampirella, a mix of sexuality, danger and blood, with very little that anyone beyond their teens will consider to have any originality about it. The exception is the final strip, illustrated by Texeira in greyscale and featuring Dan Jolley’s exploration of a real world horror. If only it was always so easily settled.

The series concludes with volume eight pairing the writing of Mike Carey and Joshua Hale Fialkov.