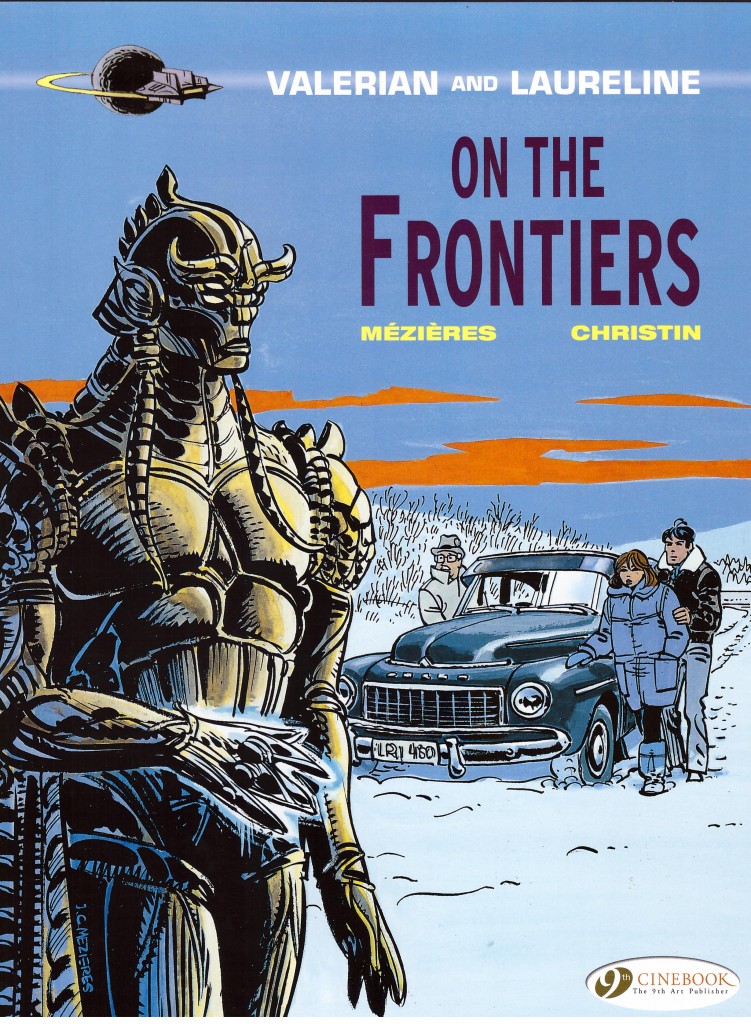 The previous Valerian and Laureline book was a game changer. Due to the cleverly plotted circumstances of The Wrath of Hypsis Valerian and Laureline are now freelance operatives. The strengths of the strip had always been the engaging relationship between the lead characters, the imaginative science fiction plots of Pierre Christin and the busy art of Jean-Claude Mézières, and these all remain in place.

Valerian and Laureline, however, are unseen for the first third of the book as we concentrate on two members of a rare and privileged species on a galactic cruise. The chances of their meeting is slight, and their union apparently inevitable. As we take a leisurely look at their companionship they peruse the delights and horrors of a cruise. At the point when we begin to wonder if this is a little too complacent, Christin springs his surprise.

When introduced Valerian and Laureline are still on Earth in the 1980s and still in the company of the interesting Mr Albert. These are the dying days of the Cold War, and Valerian has considerable knowledge, technology and expertise beyond the science of the era, this enabling him to prevent a nuclear meltdown planned for Russia’s border with Finland. An unknown employer is aware of Valerian’s true nature, and his party is being given destinations with no real idea of any mission once there.

Although having the feel of a period piece, this was created using contemporary politics, and Christin’s plot exploits the political tensions of the era while also making convincing use of minor alien artefacts and technologies. It’s a constantly squirming story, shifting from space adventure to realpolitik to James Bond territory, before heading back into space, each segment providing originality and tension. How do you finance international terrorism? Find a method of fleecing casinos! The revelation of who’s been manipulating events doesn’t disappoint, and Christin again surprises beyond that.

Mézières adapts well to the segmented narrative. It’s been a considerable while since he’s illustrated such long sequences set entirely on Earth without any alien intrusion, and he’s disciplined enough to bring them to life in his customary manner. As exemplified by the sample illustration, he’s wonderful at designing odd aliens in near infinite variations and also providing them with a personality.

On The Frontiers is a transitory book defining a new era, but by the conclusion Valerian and Laureline are back in space and heading for adventure. They next find it in The Living Weapons. Both had earlier been available from iBooks in a different translation, combined as The New Future Trilogy along with The Circles of Power. 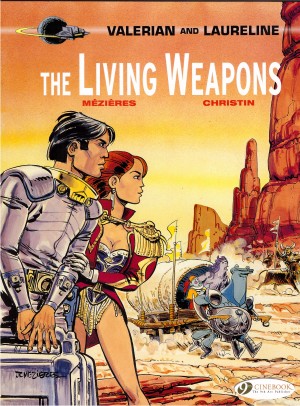