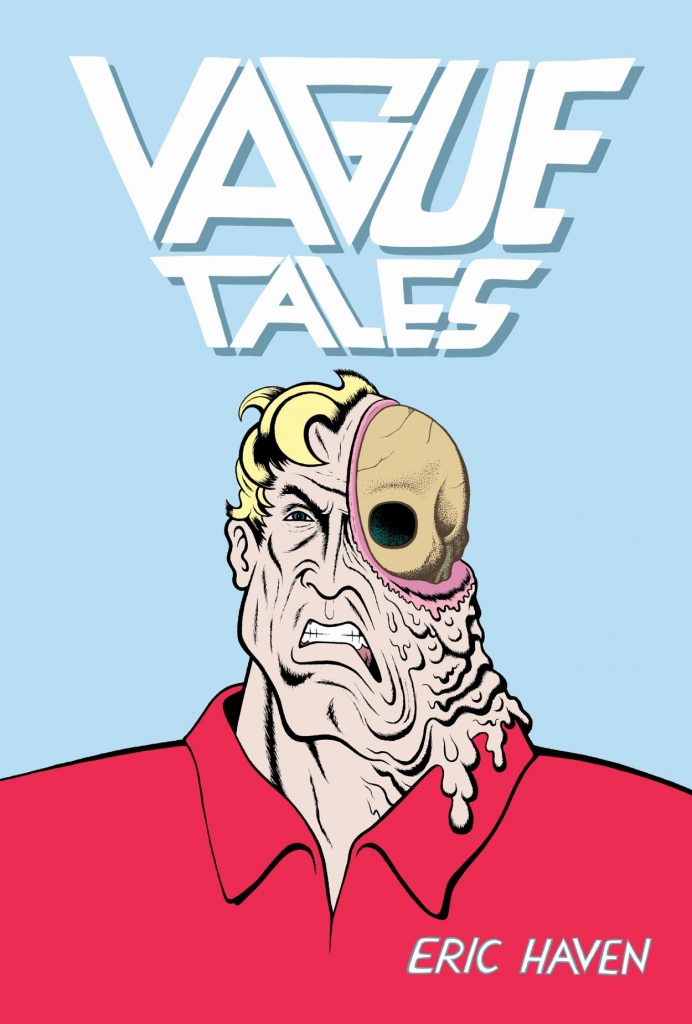 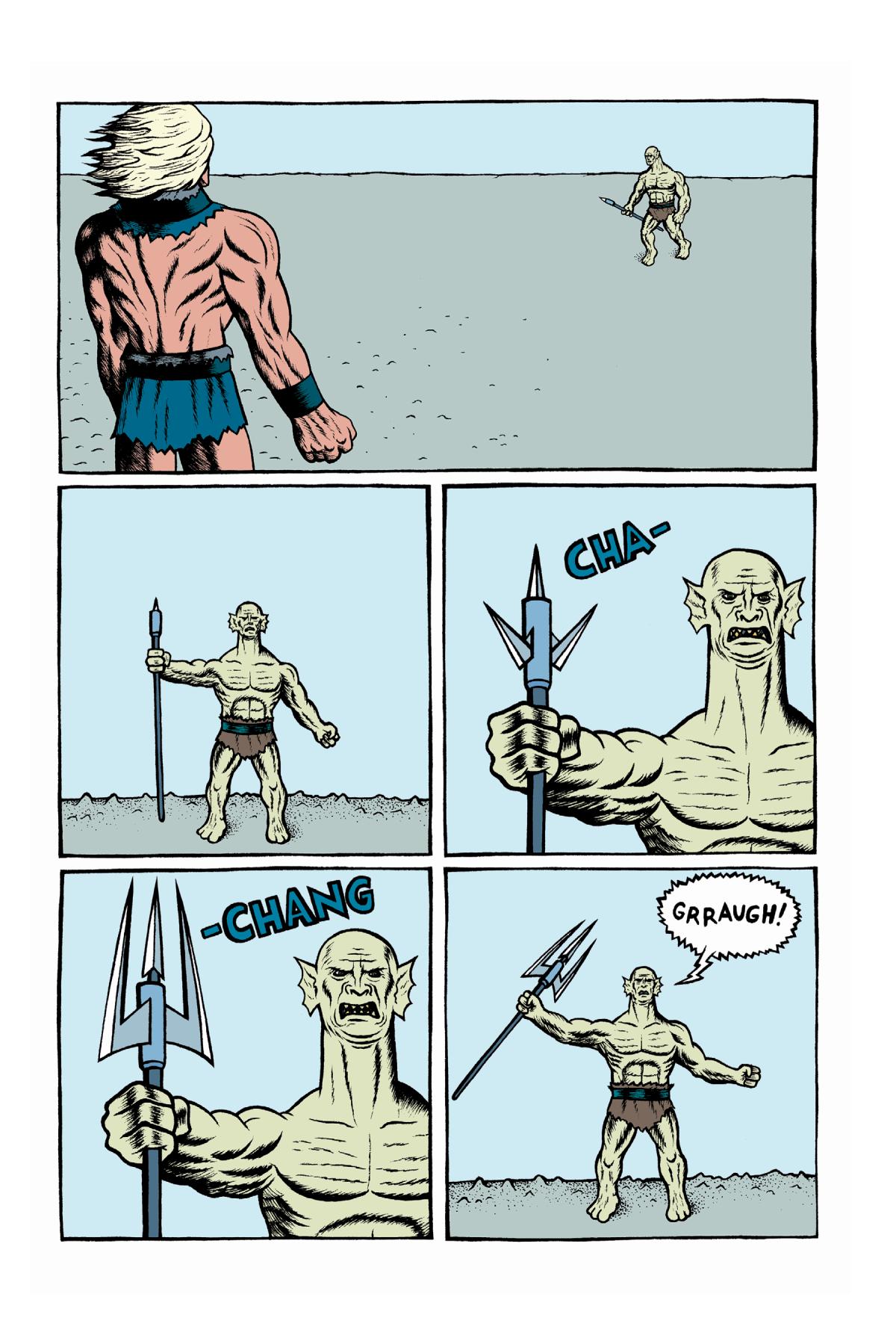 In present day terms Eric Haven’s work is pretty well a unique vision, but stretch the connection back over comics history and we arrive at Fletcher Hanks. A pioneer of the art from a brief period from the late 1930s to the early 1940s, Hanks was a rudimentary artist whose highly stylised short strips over a number of genres were bizarre concoctions, frenetically produced and almost entirely lacking logic. As such Hanks’ unique perceptions are fascinating in small doses, but why would anyone attempt to duplicate them?

Haven also straddles genres, but decompresses his plots. It takes a dozen pages of ‘Pulsar’ for a burly barbarian swordsman to climb an almost vertical cliff face, meet an armed opponent, lop his head off and gaze into the distance. It’s deliberately stiff and awkward, the form prioritised, the 62 story pages barely a five minute read to the closing view the same as the first page, but seen from behind.

It’s the conceptual content that outweighs any story and art, indicated by those opening and closing pages. Haven segues his first short stories into each other via the final panel of one indicating the starting point of the next in the background, and then mashes everything together. Barbarian, sorceress, ordinary human, crystal creature and ghostly biplane pilot interact with each other as the pace picks up to rush headlong to a suitably surreal and enigmatic ending. It may all be in the mind. The experimentation is novel, but not enough to excuse the stodgy art and basic plot. 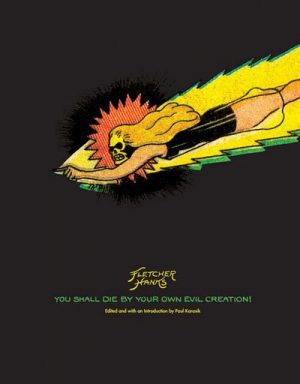 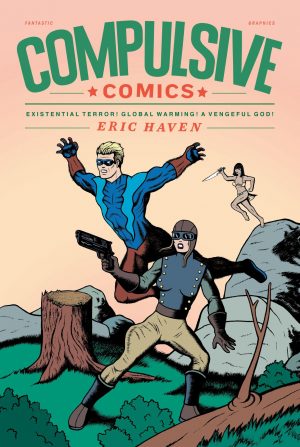