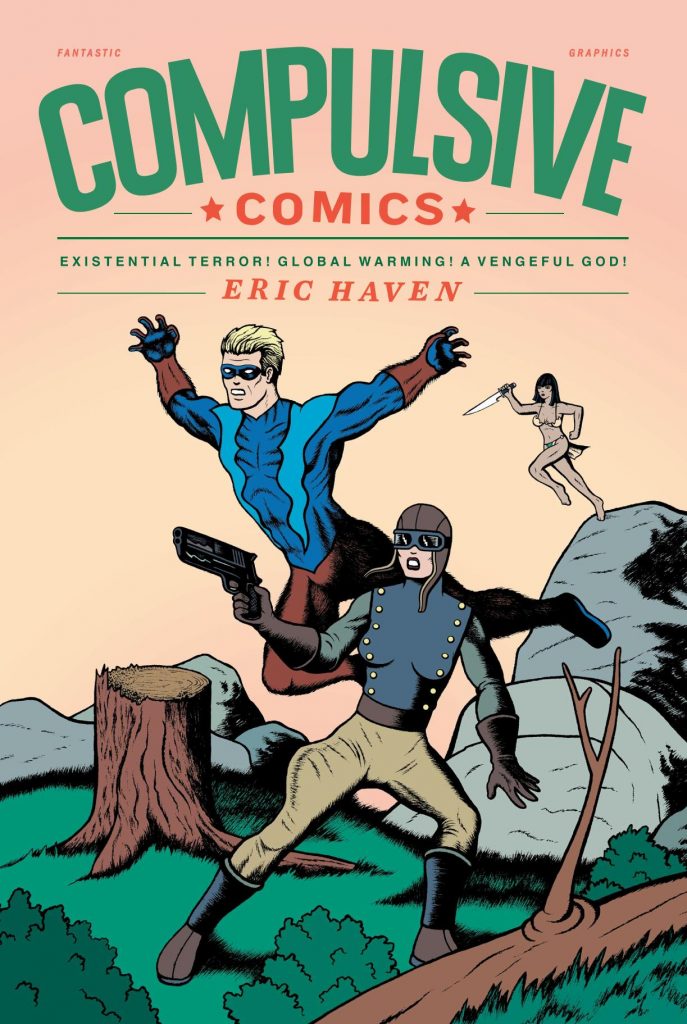 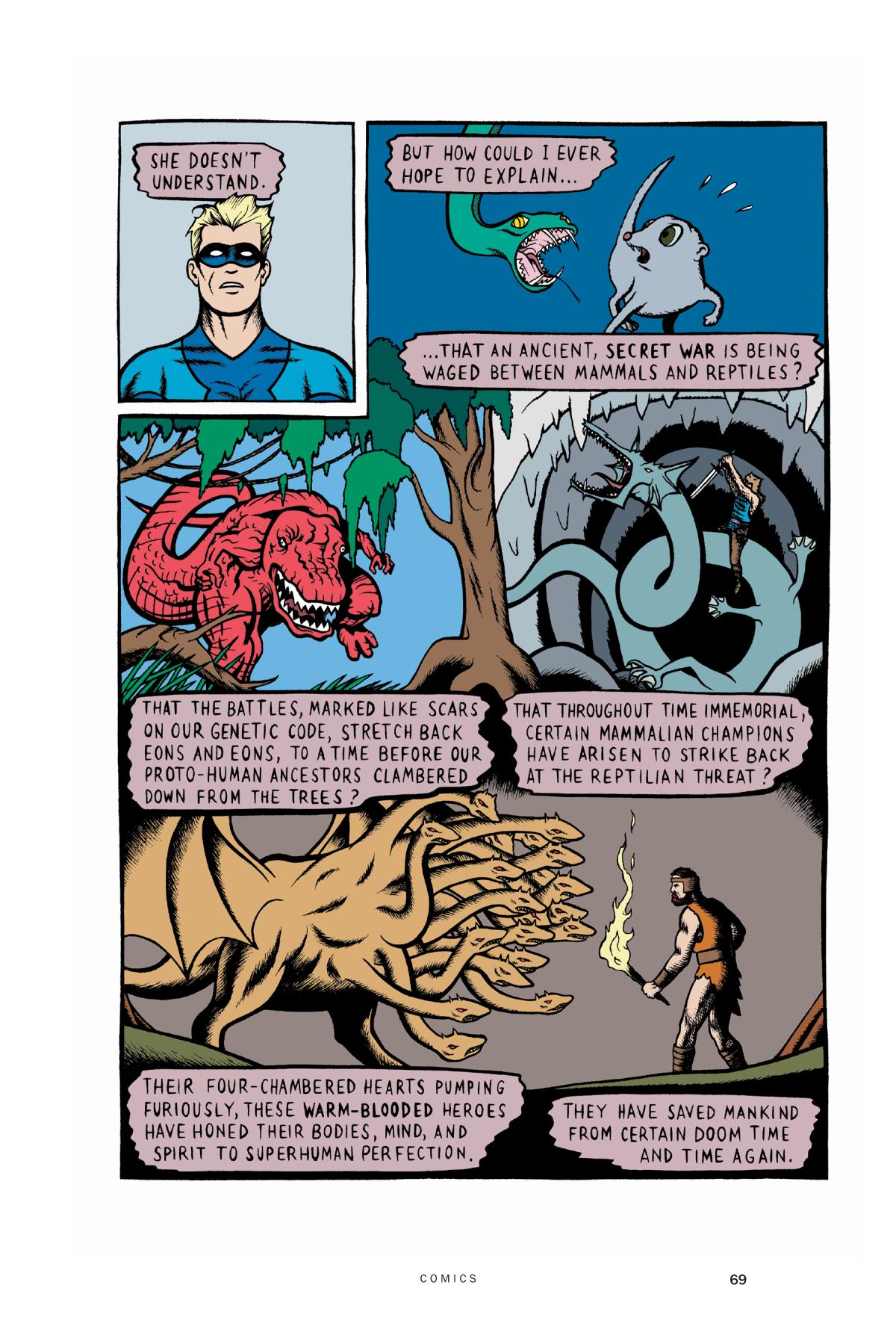 Eric Haven has an incredibly vivid imagination and a fine sense of the surreal, resulting in the strangely unsettling collection of stories presented in Compulsive Comics. They take wild turns into left field, several connected by presentations of higher beings, be they demons, superheroes or monsters. The best of them is Haven’s hilarious representation of God.

It’s the conceptual element that proves strongest, showcasing individuality throughout. Was anyone but Haven really going to conceive a story in which he accidentally kills fellow cartoonists Daniel Clowes and Adrian Tomine, then another in which humanity is just a form of planetary seeding whose eventual purpose is to feed a sleeping demon when he awakes? This refined sense of the absurd continues from those first two stories as the format switches from black and white to colour, with Haven wearing his influences on his sleeve beyond the people named earlier. There are nods to Jack Kirby and Charles Burns, although Haven attempting to craft homages to the nonsensical and resolutely individual visions of Fletcher Hanks has an artificiality.

Amid the whimsy there’s an adaptation of a chapter from G.K. Chesterton’s The Man who was Thursday. It fits the theme of a higher being, as it’s a metaphysical argument with God, as Chesterton worked out his own problems with Christianity, but is otherwise a strange intrusion. It’s explained in the back as being from a work never published, in which different artists all took on a chapter of the book, but as anything other than a hoovering up of Haven’s work it’s out of place.

Haven is very decompressed storyteller. There are plenty of panels signifying pauses and reflections, few of them necessary, and further hampered by the art being little more than functional, the imagination far stronger than the drawing. Pretty well everyone will find something to laugh at, but this is a mighty quick read for an $18 book, and the title is surely ironic.