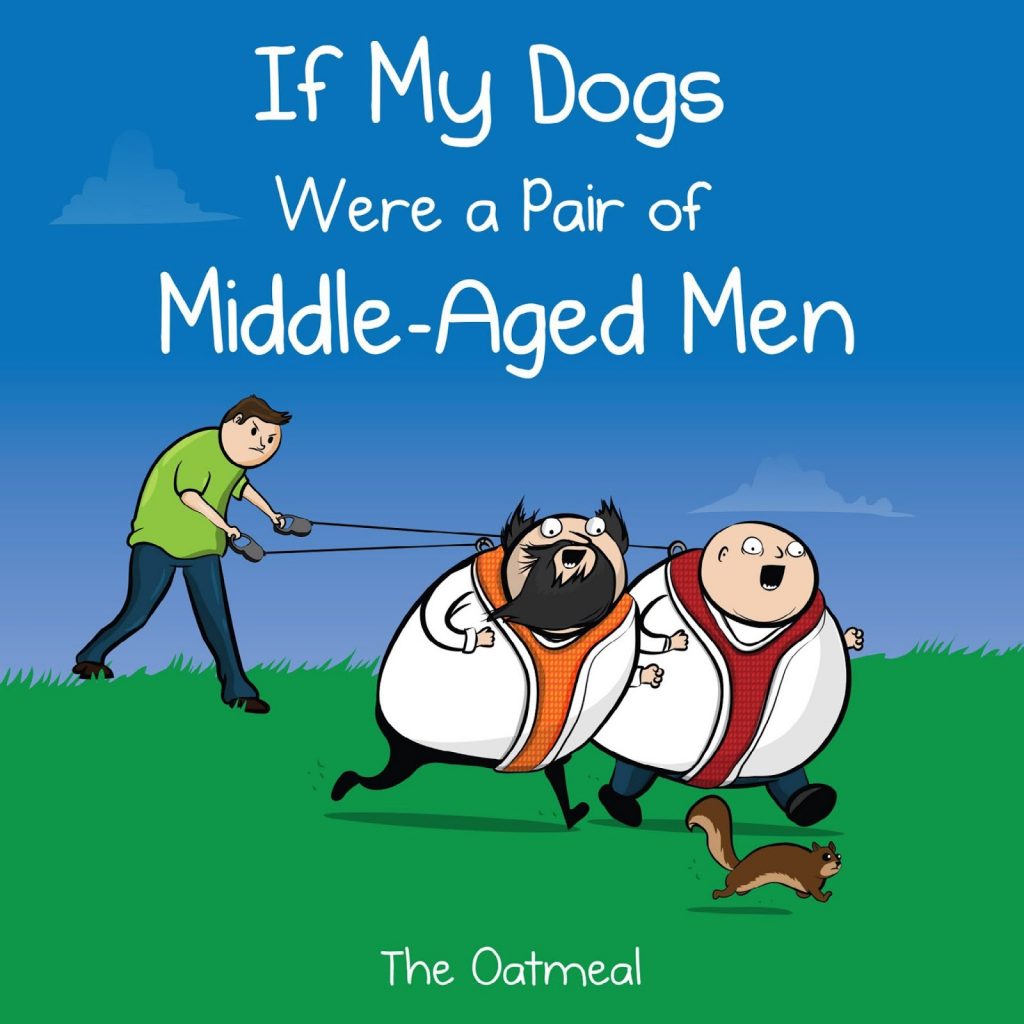 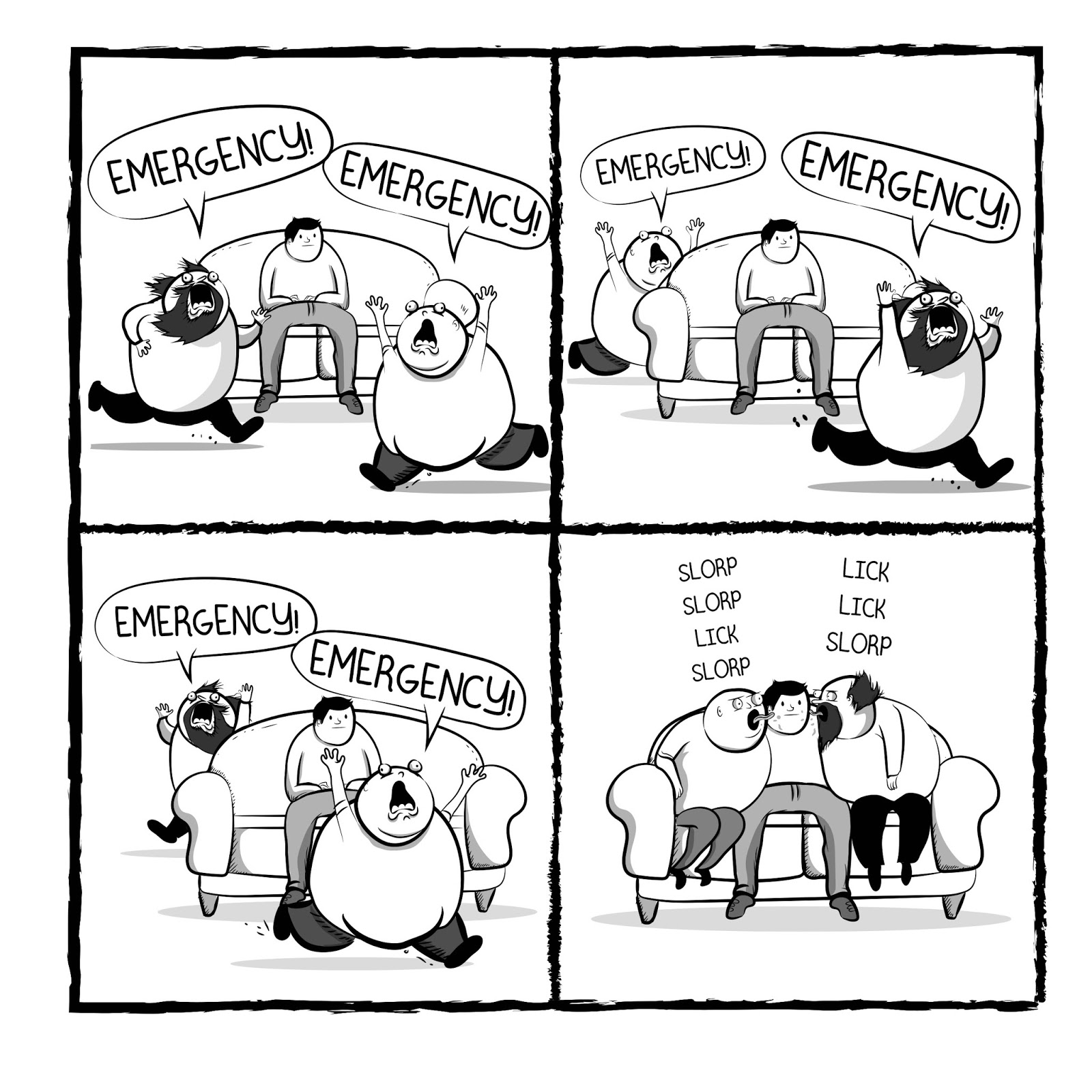 If My Dogs Were a Pair of Middle-Aged Men is cover credited to The Oatmeal, presumably the choice of creator Matthew Inman to publish under the name of his comedy website to capitalise on the high traffic volume. Inman’s content has proved wildly successful, and the title of the book alone and the conceptual leap to come up with it exemplifies as well as anything why that is.

Inman’s cartooning is delicate and ornate, with a good sense of movement, and a fine sense of the absurd. It’s also simple, getting the idea across being the priority, and with the concept established almost every illustration is hilarious. Inman merely transfers the antics of the dogs to middle-aged men, exactly as promised by the title. They bark at strangers, crap in the park, go missing, hate baths and vomit up their food. Occasionally Inamn’s pacing is too leisurely, taking too long to sell the joke, and when the content only amounts to thirty pages that’s a problem.

The length seems extremely arbitrary. There are plenty of missed opportunities concerning the behaviour of dogs, some of them admittedly disgusting, but Inman’s not shy of the off-colour joke, so that’s not the reason, leaving $15 a very high cover price when compared to the cent per page ratio applied to most graphic novels. Of course, it’s quality, not quantity that defines value for money, and If My Dogs Were a Pair of Middle-Aged Men provides more laughs than most 150 page graphic novels based on knowing animation. It’s just a shame there’s not more of it.