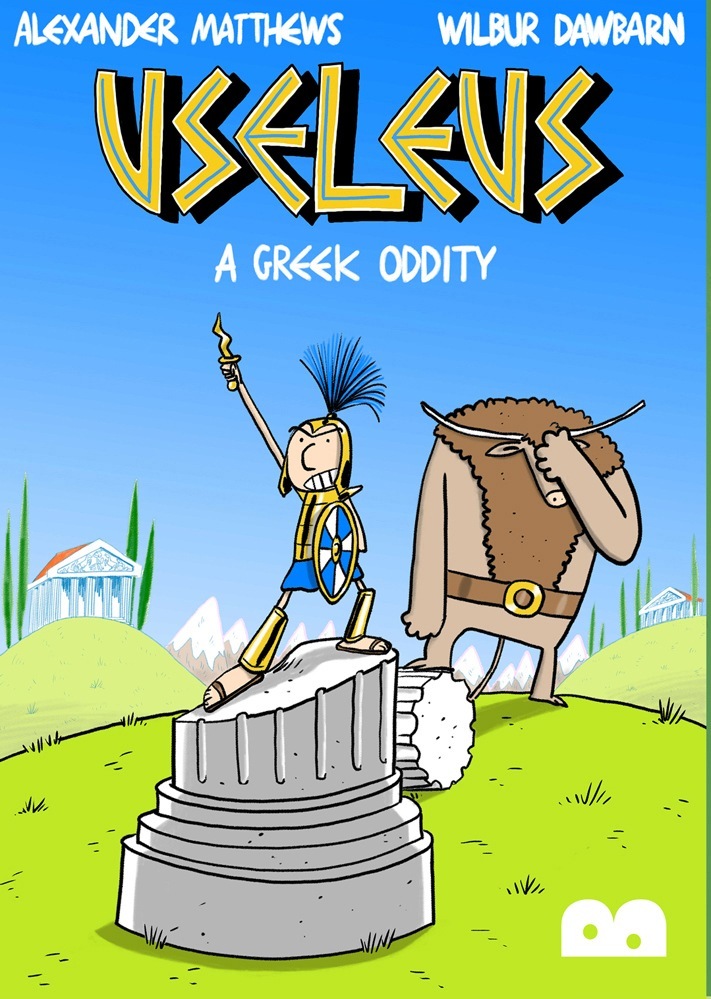 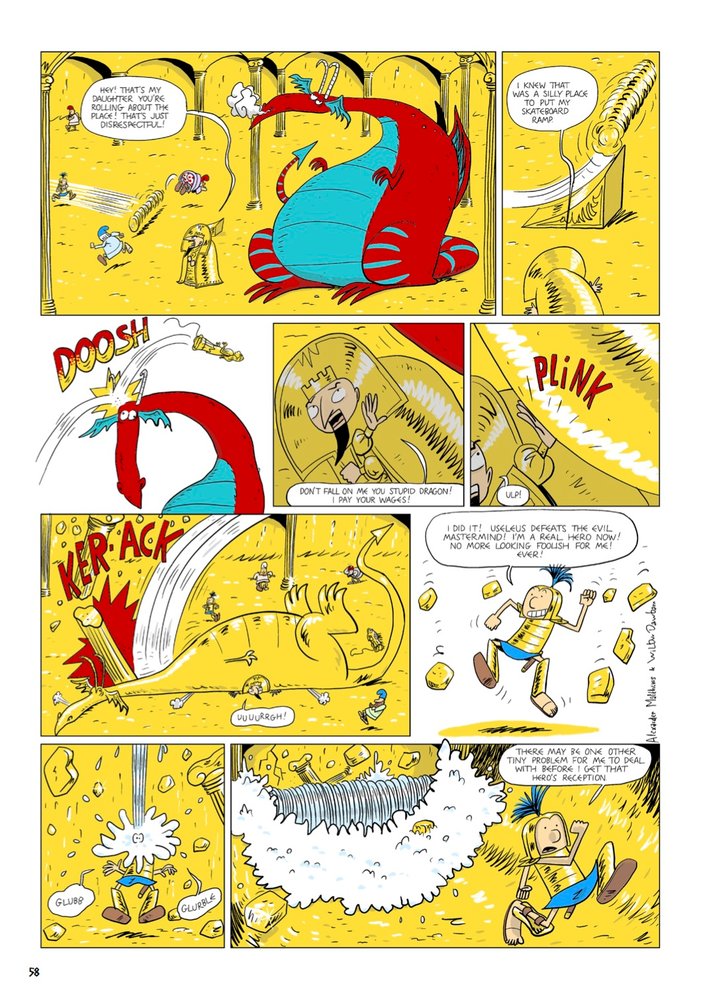 According to the documentation to survive the centuries, ancient Greece was a place of Gods, heroes and monsters where myths were created and legends made. And then there was Useleus. He’s a wannabe hero who travels in the company of the Minotaur, quite a decent sort really, and not the monster the stories would suggest. Useleus lacks fear. And common sense. However, he soon builds up an impressive array of successes, due more to blind luck and utter stupidity rather than any skill.

Like so many of the better children’s graphic novels since 2010, Useleus is a collection of strips first produced for the groundbreaking all-ages Phoenix comic. Unlike them, however, the appeal is restricted to children. Alexander Matthews’ scripts have some clever dialogue in places, but are equally likely to feature non-sequitors, and the plots mix the nonsensical with the surreal, only to fade out rather than end. Too many elements are introduced, then discarded a panel later, serving only as visual distractions, and others are just methods of characters serving the plot rather than behaving in any credible manner, and that’s allowing for slapstick being the strip’s purpose. They draw on the Greek legends, featuring so many rich characters, then waste them by wallowing in the obvious.

Wilbur Dawbarn’s simple cartooning has the appropriate wacky quality, but is also flat and two-dimensional. Compare Useleus to Groo the Wanderer, which stakes a claim to very similar territory, and it’s a very poor second, lacking the imagination, and only rarely attempting a similar level of detail to bring a scene to life.

Children may well enjoy the silliness of Useleus, but the appeal won’t travel much further.