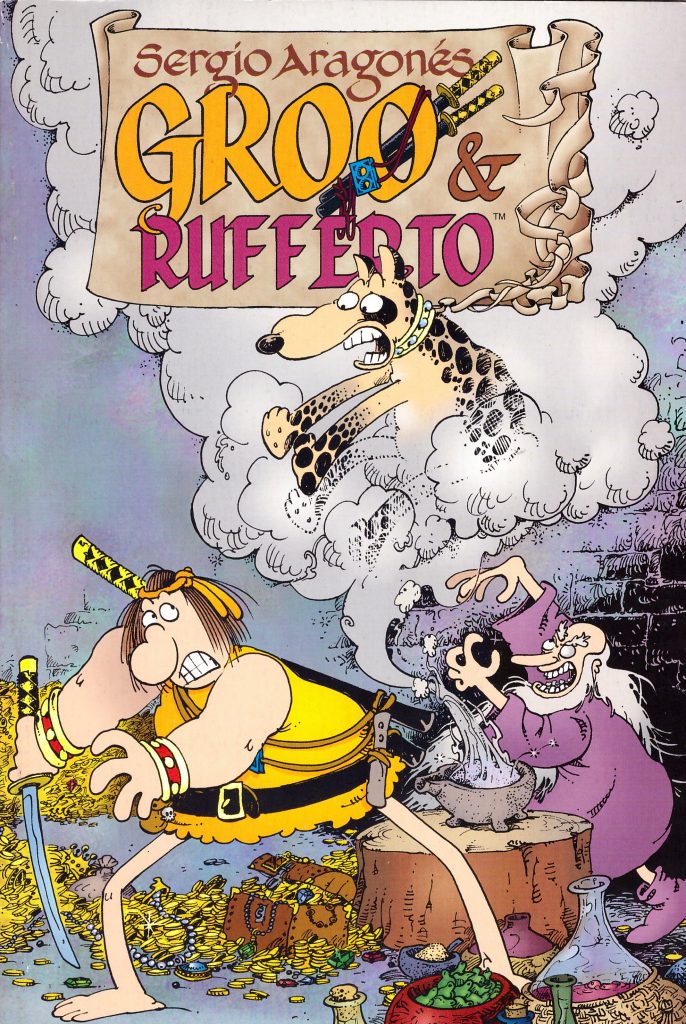 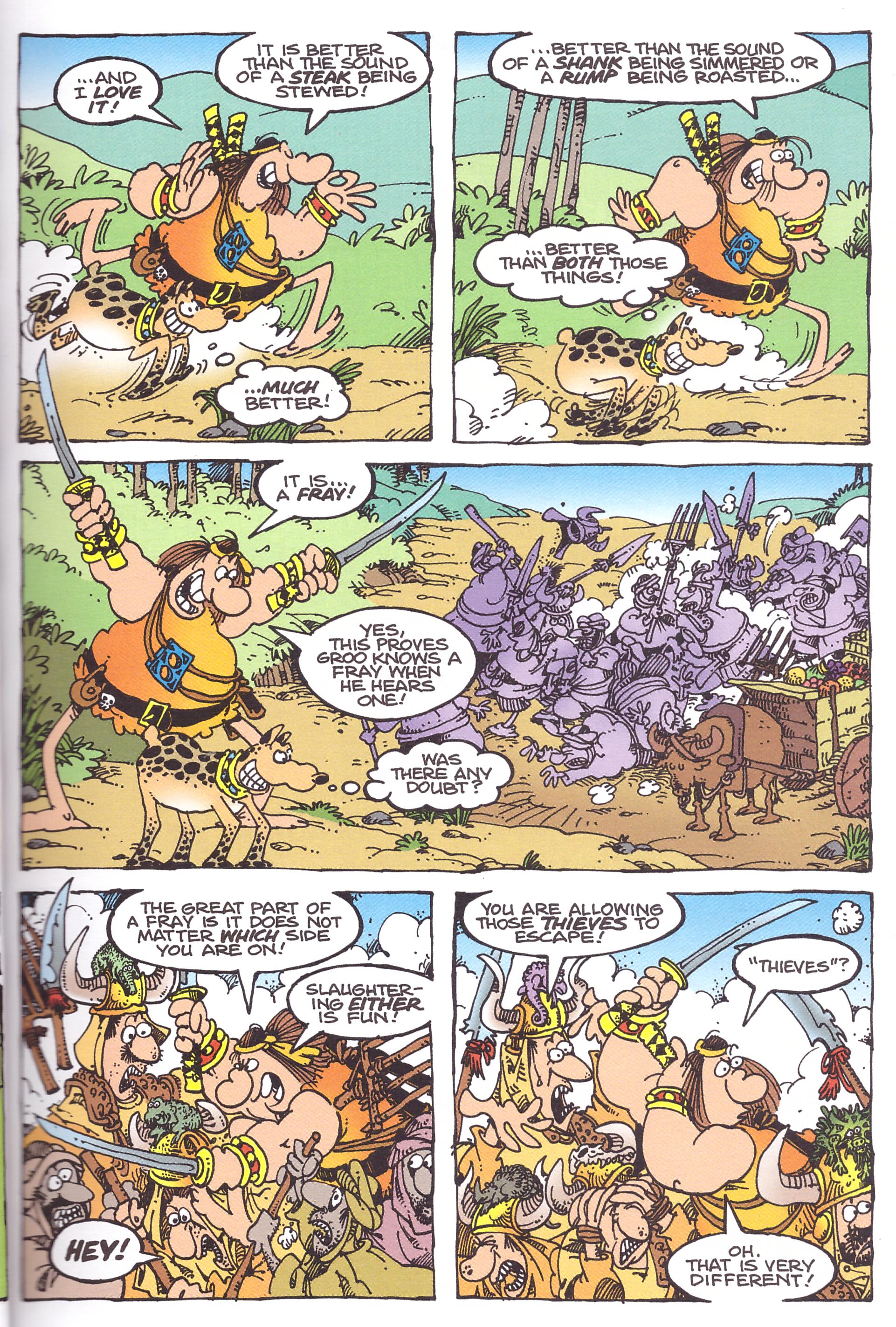 After fifteen years of canine loyalty, Groo’s dog Rufferto was temporarily promoted to co-star status for this outing which features a good surprise. As it’s not hinted at anywhere on the cover or in the story blurb, let’s keep it that way. Suffice to say that Groo and Rufferto are separated, and both are distraught at the process.

Sergio Aragonés and Mark Evanier begin proceedings by having Groo and Rufferto wander into a land where the exceptionally greedy King Ravenus taxes his people to excess because he covets gold, his chosen place of relaxation sitting among his accumulated hordes of riches. The way Aragonés draws this isn’t too far removed from the thrill Scrooge McDuck takes from wallowing in his money bin, but the writers supply more pointed conclusions concerning wealth disparity in the present day. Attention is drawn to other less enlightened 21st century practices, and although in passing, build up quite the catalogue.

When Rufferto has previously starred in his own sequences they’ve not always matched material of him in Groo’s company, but the exotic nature of where he’s displaced is a barrier against this, and his story is funny and revealing. Groo’s response to his disappearance turns the society upside down, spurring industry commerce and social disruption, a clever reversal of the frequently used plot in which Groo is inadvertently responsible for ensuring a society crumbles from within.

Aragonés and Evanier have deliberately signposted what will happen to Ravenus throughout, yet still produce a smart confounding of expectation toward the end. Will Groo and Rufferto be reunited by then? Well, the next Groo graphic novel is just titled Groo: Mightier Than the Sword. This one ends with four wordless single page Rufferto gags, all funny, and with Evanier’s index to the story, equally funny.