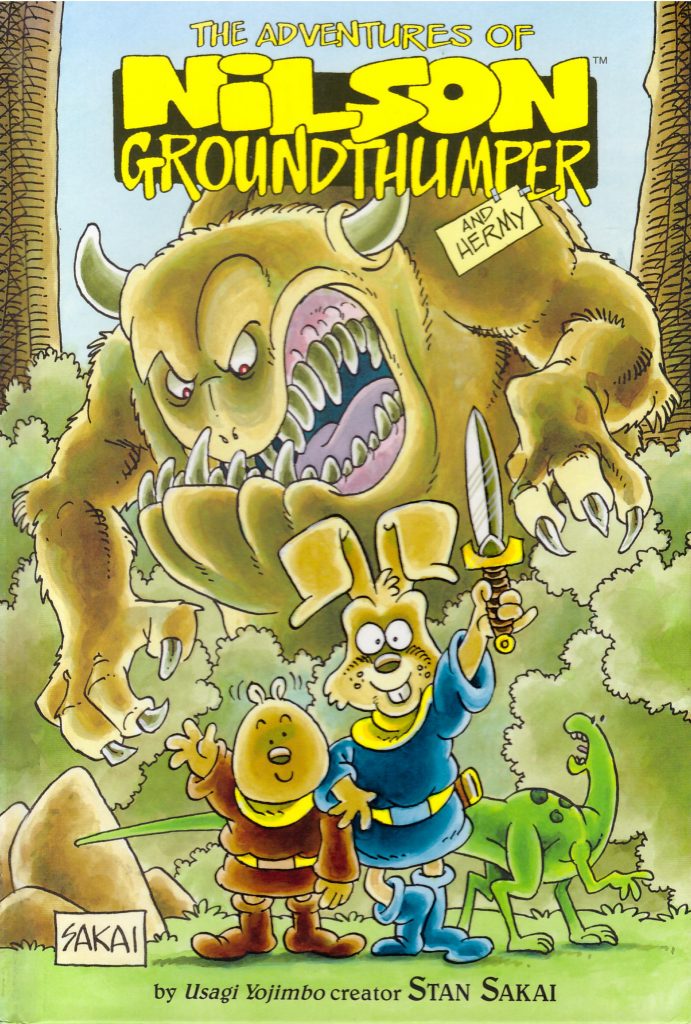 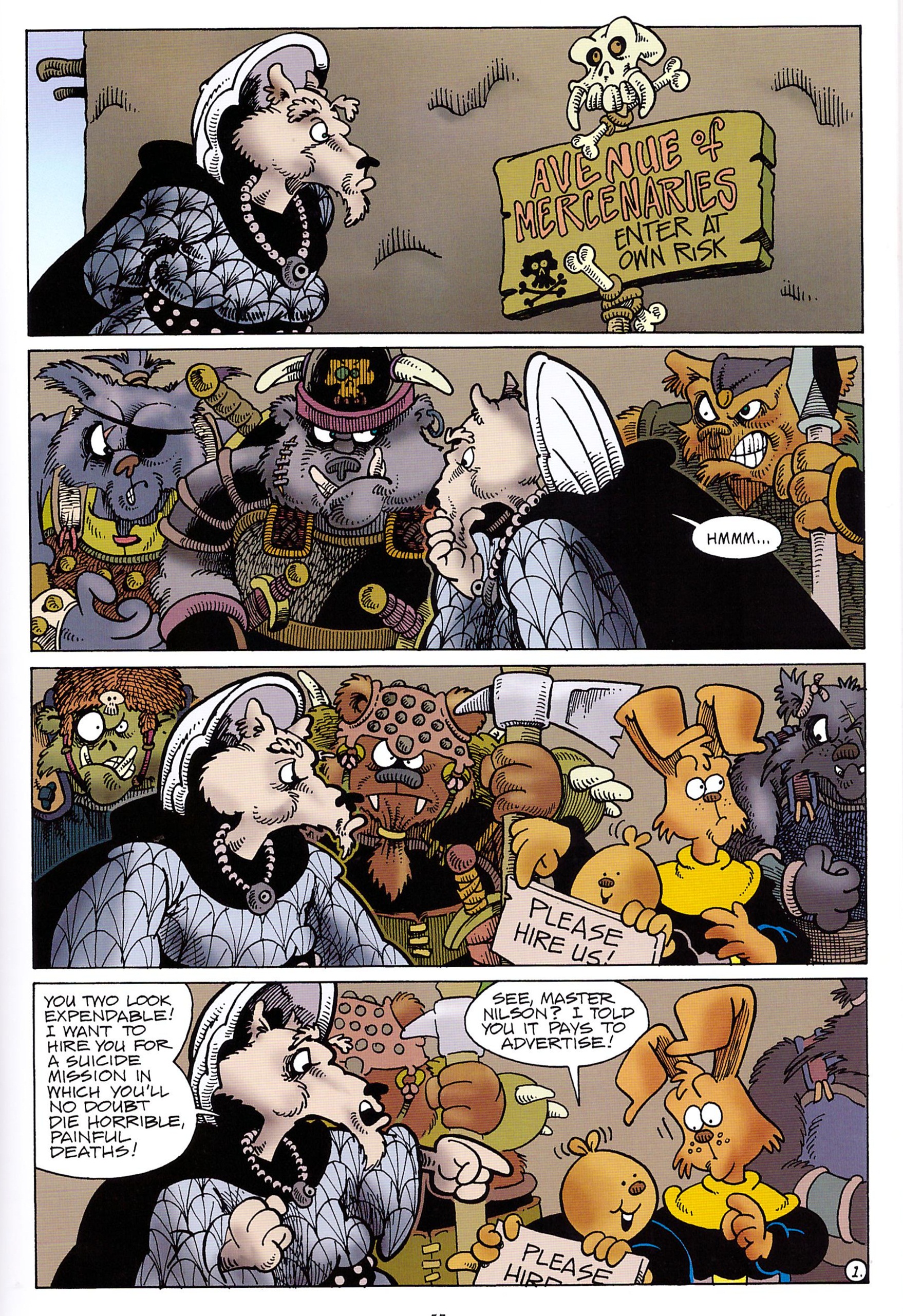 Before beginning work on Usagi Yojimbo, Stan Sakai believed Nilson Groundthumper and his pal Hermy were where his future lay, and he persisted with them even after starting his career-defining series. They featured in funny animal anthologies from the mid-1980s to the early 1990s, and most of that material appears in colour for the first time in this collection.

When first introduced Nilson is a proud and capable rabbit on a quest to become the greatest of all swordsmen, two pages into which he spots the mole Hermy being menaced by a wolf and saves him. Hermy has the childlike innocence of Winnie the Pooh, whom he initially resembles visually, and is unfailingly incompetent, sure to say or do the wrong thing at the wrong time. Sakai’s off to a good start with mismatched buddy pairing, and he builds a good relationship between them. For all his bravado Nilson wouldn’t have rescued Hermy in the first place if he’d been the person he pretends to be, and that good heart sees them through.

Sakai’s actual cartooning is impressive from the earliest episodes, giving Nilson, Hermy and any supporting cast a neat line in exaggeration and expressions, and creating a wonderful set of menacing witches, and mercenaries as per the sample art. The improvement comes via a more natural form of storytelling as the adventures continue. While Sakai might be fond of the characters, what holds them back are his plots. Sakai seems to be going for a similar mood to Groo (which he’s lettered for years), but only rarely moves beyond stock fantasy characters, settings, and situations. The best story here has Nilson and Hermy transporting a massive pearl, where the farce works with the illustration and the plot has clever twists adding up to something novel. A visit to Loxos coinciding with a revolt is also unpredictable, but takes a long time to set the joke up. Even younger children will have a good chance of guessing what’s going to happen in most of the remaining stories.

The descendants of Nilson and Hermy are seen in the final story, which takes place in 2199, enabling Sakai to merge some SF scenarios with the funny animal fantasy. A mission to escort a reluctant official through dangerous territory doesn’t appear to have any surprises to offer, but it has one good one. It’s out of left field certainly, but neatly worked.

Nilson and Hermy may be fondly recalled by Sakai, but with over thirty Usagi Yojimbo collections to date, focussing on that character was the right idea.