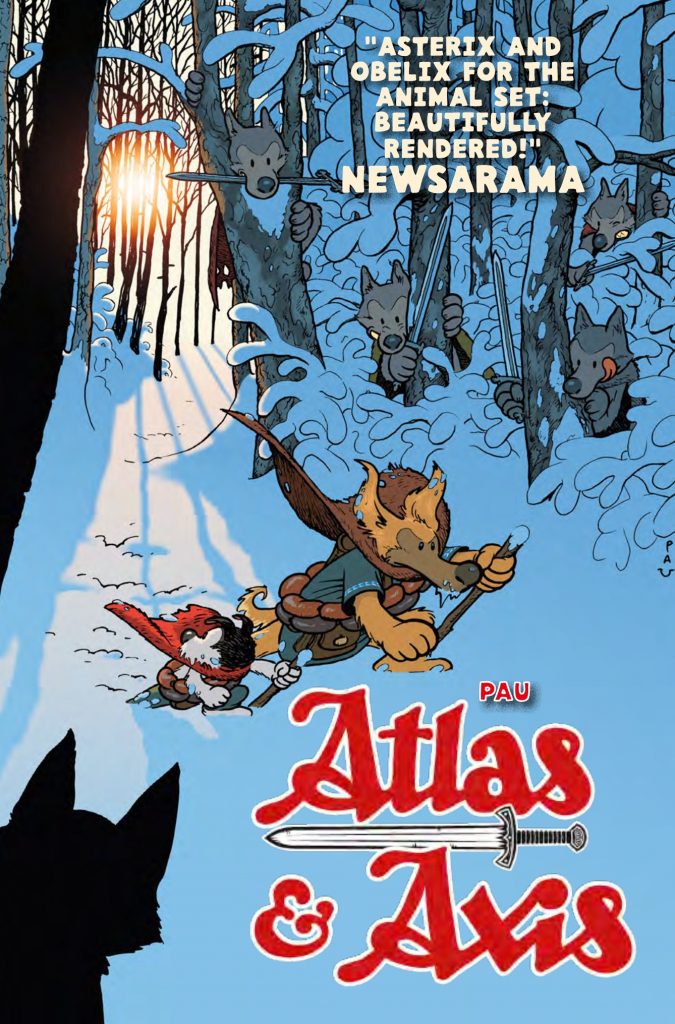 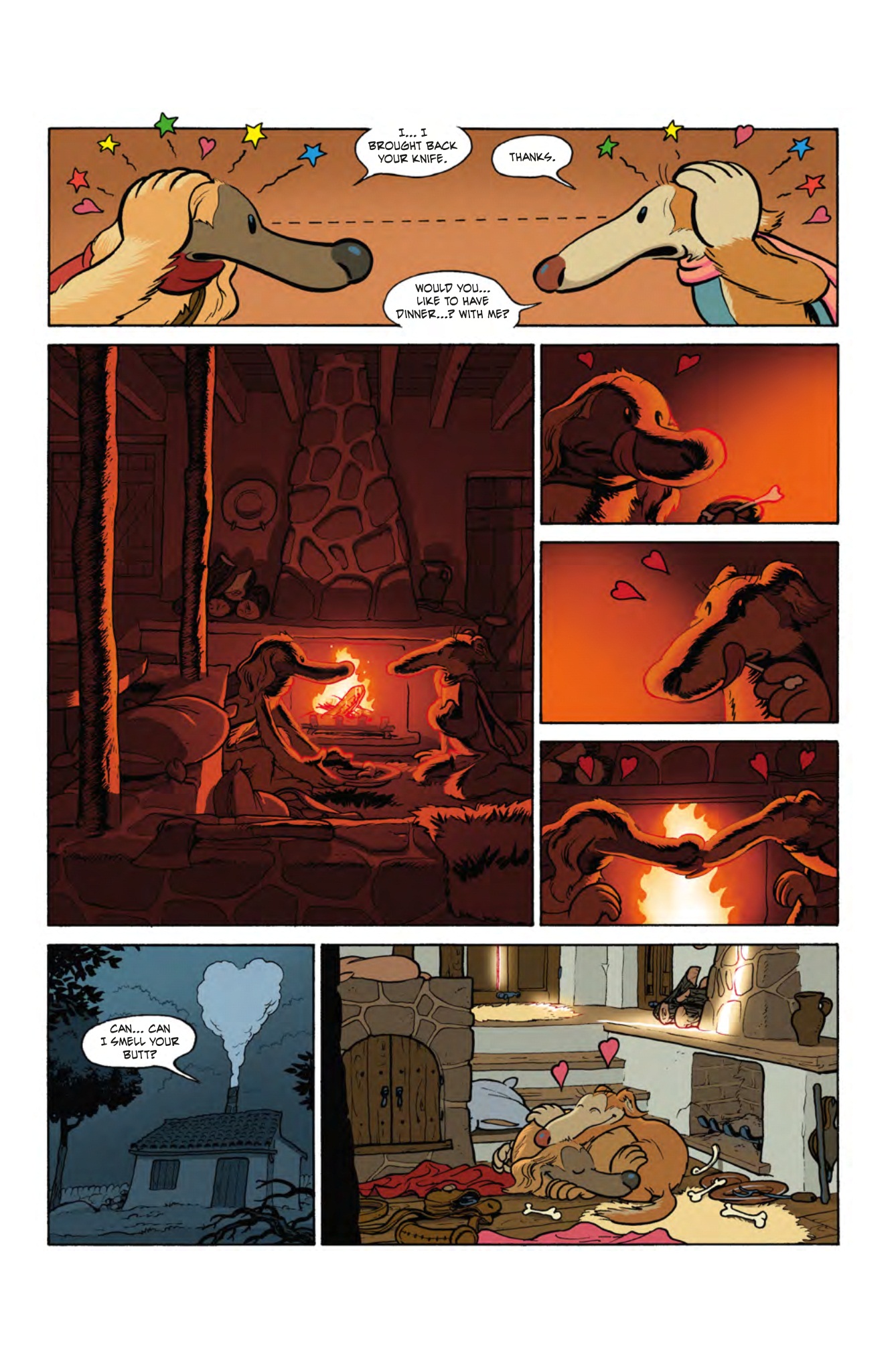 Is it a first for funny animal comics that the characters may talk like humans, but still behave largely like animals? Atlas and Axis are both dogs, and enjoy a bit of butt sniffing, while it’s disconcerting at first to see illustrations of our heroes smelling large turds to identify the creatures who attacked their village. However, the matter of fact consistency supplies a normalcy to everything. It’s the attack on the village that opens the story, with Atlas and Axis absent, and determined to track down whoever’s taken the women and children while slaughtering all the men. This fantasy quest is a long and winding journey, so in one sense at least almost a shaggy dog story, but one where the strength of the classic buddy relationship carries Atlas & Axis a long way. So does the boat they borrow.

A cover quote comparing the heroes to Asterix and Obelix is well clear of the mark. The similarities are that Atlas and Axis are courageous mates and they operate in an inhospitable world lacking modern conveniences. Beyond that, the comparison doesn’t hold much water unless it’s counted that both strips are the work of a top class cartoonist. Spaniard Pau Rodríguez Jiménez-Bravo only uses his first name for his comics work, and is some illustrator. He establishes his characters far more visually than verbally, with expressions, glances and poses, and there’s a real joyful look to the cast. Pau loves to show the beauty of nature, using rich, bright colours so fields stretch out toward mountains, and forests are lovingly detailed, tree roots curving into the distance illuminated by light shining through gaps in the canopy.

Atlas & Axis has so far run to four European volumes, and this combines the first two in a nice album size format. There are two different stories, both surprising, and both engaging. The first is the rescue mission and the second sees Atlas and Axis involved in the argument about where the speaking dogs descended from. Is it divine intervention, or was evolution responsible? Other contrasts manifest, that of a fixed or nomadic society relevant, as Pau settles on delivering a skewed form of human history along with the adventure and comedy. There’s also room to comment on contemporary troubles, a nice continuing joke concerning rumours about exploding sheep having a good pay-off.

Pau plays on the naivety and likeable natures of both characters throughout, and that also has a good pay-off leading to a cliffhanger ending. Presumably if this sells well enough Statix plan to follow up with translations of the other two Atlas & Axis graphic novels. Even if that doesn’t come to pass, there’s enough joy, good humour and delightful cartooning to make this a volume that should be high on the investigation list of anyone who enjoys fantasy and funny animals.