Unicorn on a Roll: Another Phoebe and Her Unicorn Adventure 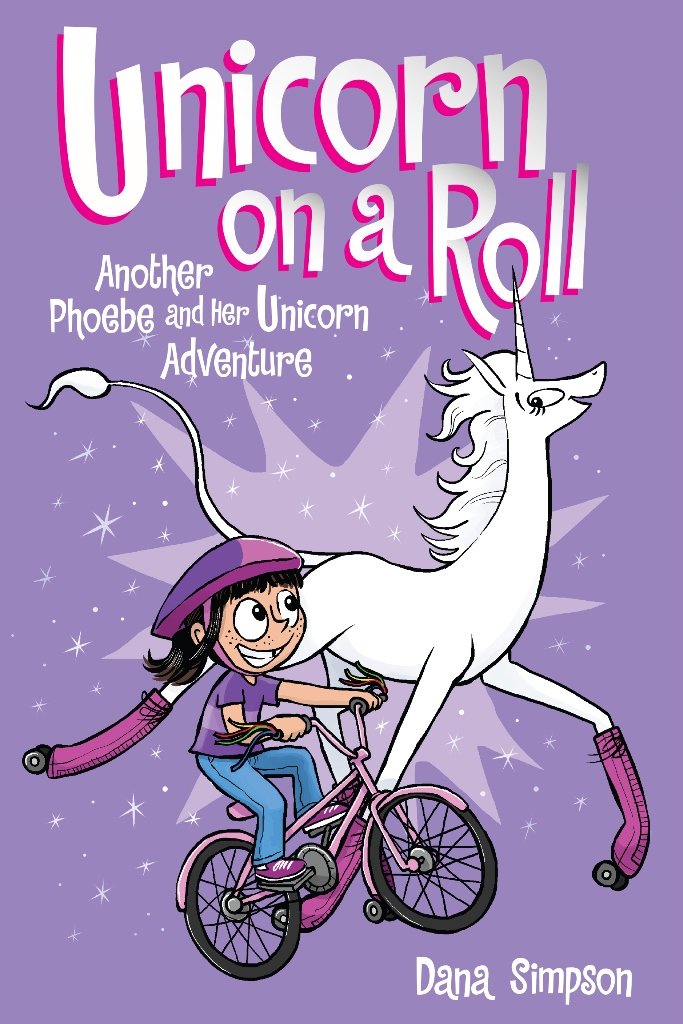 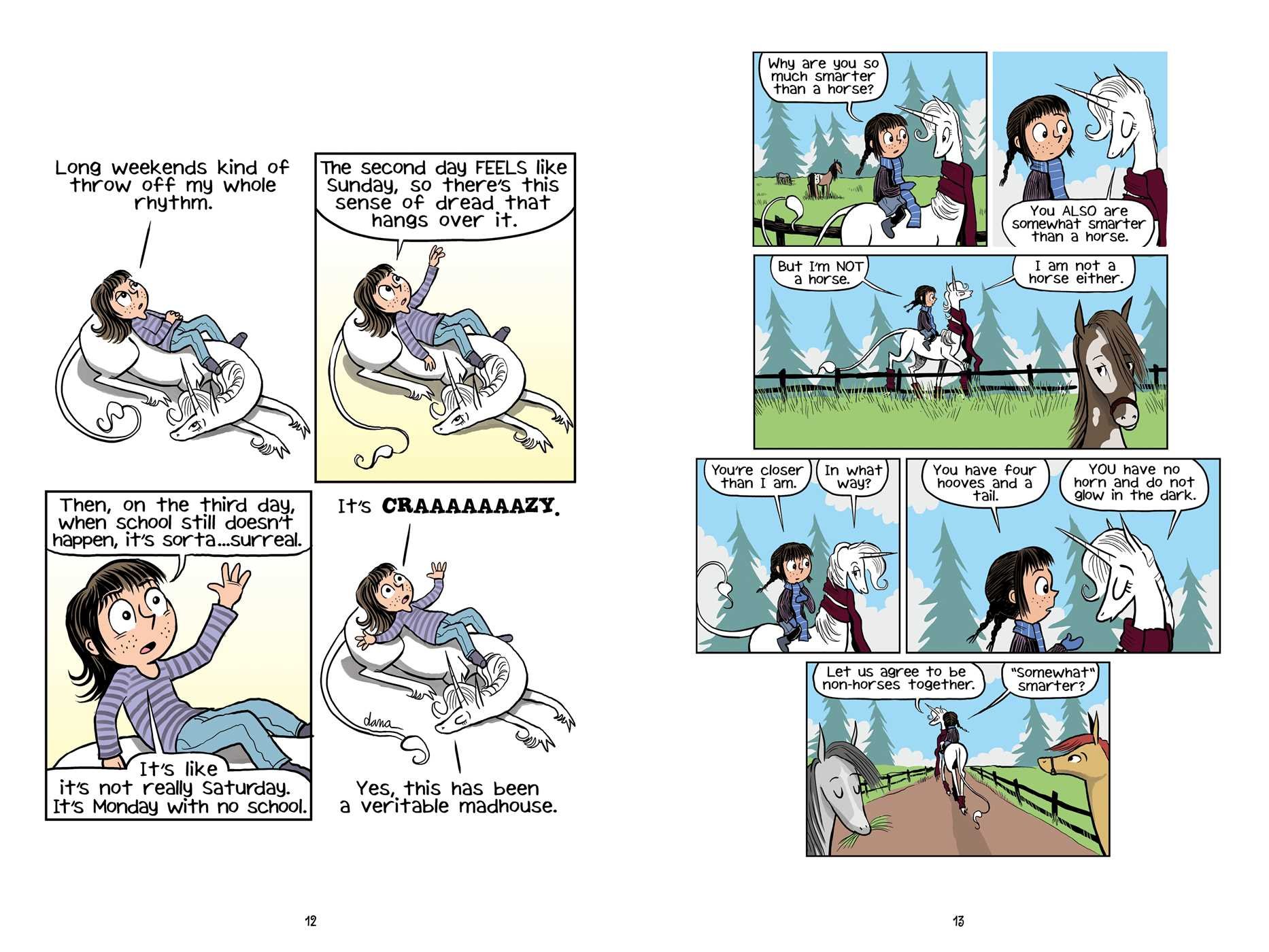 Unicorn on a Roll is book two of the series currently running to fourteen volumes that reprints Dana Simpson’s daily newspaper strip Phoebe and Her Unicorn. Phoebe skipped a rock across a pond and accidentally hit a unicorn in the face. This turned out to be helpful for the unicorn as she was trapped there staring at her reflection, but the rock broke the spell and released her. In return for the good deed the magical creature granted the little girl a single wish. Phoebe wished for the unicorn, Marigold Heavenly Nostrils, to become her best friend.

After a brief recap of the meeting between these two, this second collection of the newspaper strip continues on where we left off. Having a unicorn as her constant companion has changed Phoebe’s life, but mostly in ways that only she notices, because Marigold Heavenly Nostrils has a special power: The Shield of Boringness. It’s a magical spell that causes anyone who sees the unicorn to fail to notice what they are looking at. This trick is very useful for having Marigold visit school, or have dinner with Phoebe’s parents, but not so good when Phoebe wants to impress everyone and show off her unusual friend. The Shield of Boringness can be turned off, or even reversed, but the results are unpredictable at best, and Phoebe finds out just how hard it is to be the centre of attention after all her wanting to be noticed.

More unicorn secrets are revealed, among them Marigold’s love of rollerskating with the requisite 1980s style legwarmers, and her crush on another even more fabulous unicorn, Lord Splendid Humility. He gets his name from the fact that he keeps his magnificence under wraps because it’s just too fabulous, so he is constantly hidden behind bushes, trees, in trash cans and sundry other hiding places. This all sounds potentially hilarious, but the almost generic way these strips are drawn and the mildness of the humour makes it all far less compelling to adult readers than to the middle-grade girls Phoebe and Her Unicorn is designed for.

Unicorn on a Roll (because of the rollerskates, get it?) is introduced by Lauren Faust, who will be familiar to most of the young readers of this book because she is the creator/director of the animated cartoon My Little Pony: Friendship is Magic. The next volume of Phoebe and her Unicorn is book three: Unicorns vs. Goblins.

This is also available in an edition combined with the first volume as The Magical Adventures of Phoebe and her Unicorn.