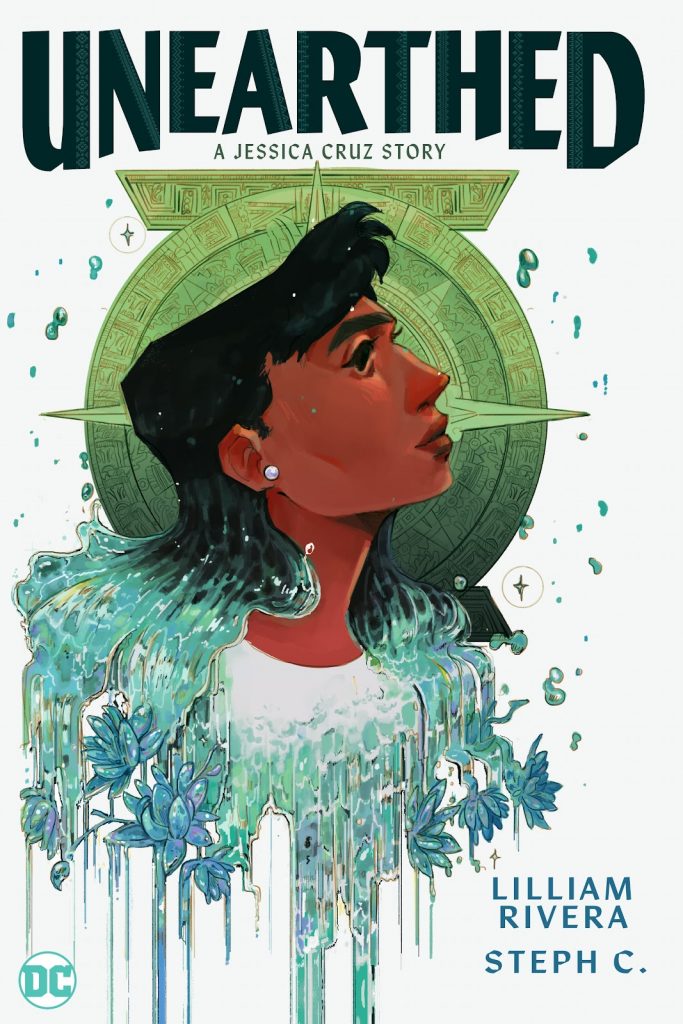 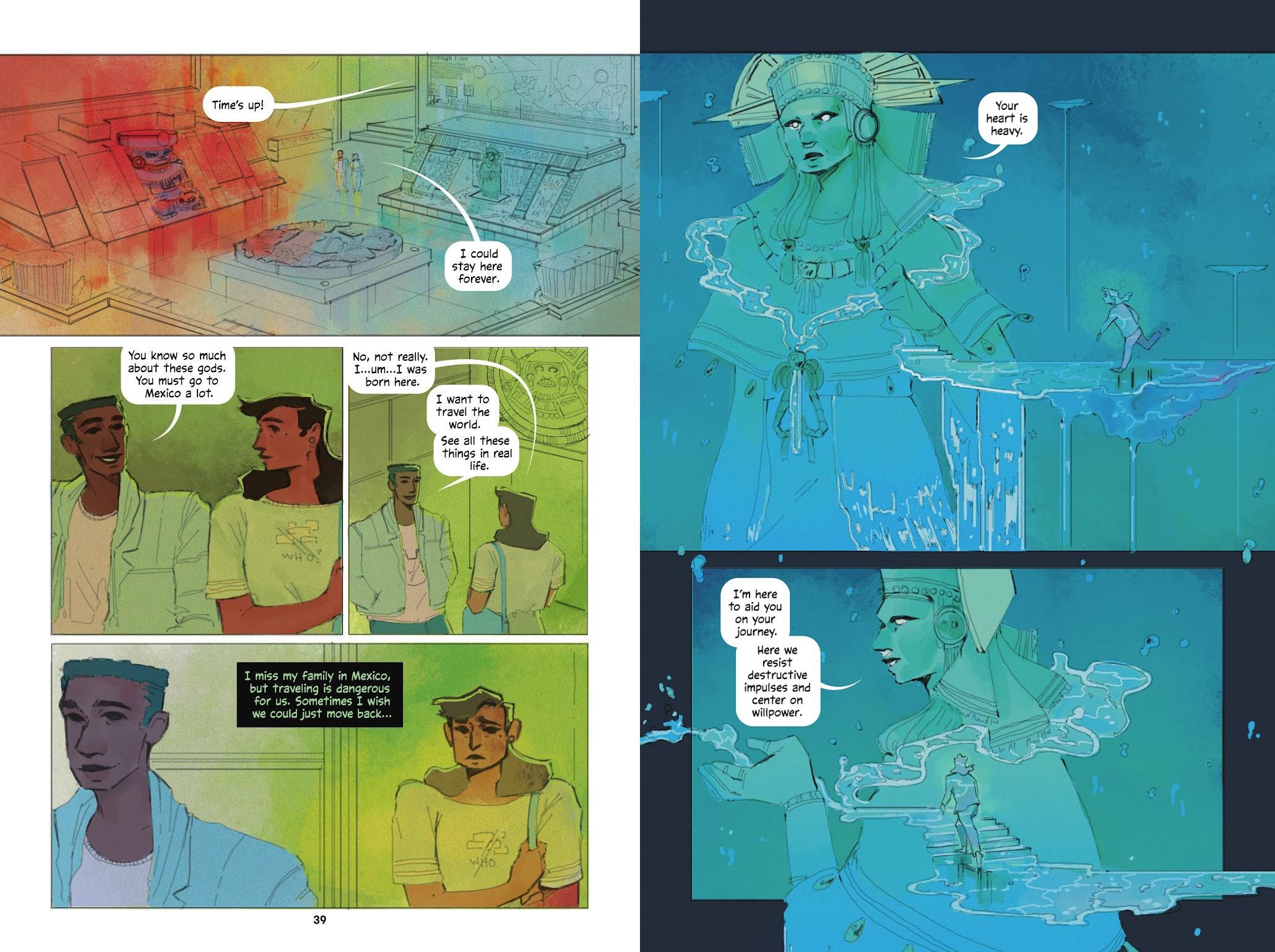 Unearthed is another of DC’s one-off projects where a young adult novelist re-imagines their characters. In this case it’s Green Lantern Jessica Cruz, with John Stewart along for the ride.

In this reworking Jessica and her family are undocumented Mexican immigrants to Coast City. Her parents both work, and she really puts the effort in at school, sometimes depriving herself socially in order to secure the future she wants. She volunteers part time at the museum, giving herself access to ancient Latin American culture, but the pressure she feels at having to succeed weighs heavily on her.

Lilliam Rivera builds Jessica’s fears gradually, setting a climate where an electoral candidate is stoking prejudice with an anti-immigrant agenda, while Jessica herself fears deportation at any moment. It’s a sympathetic portrayal of what undocumented immigrants go through, but stops short of addressing the economic disparities that prompt Mexicans and others from Latin America to move north. It’s not as if there isn’t space, as Rivera circles the same ground at length over half the story, and artist Steph C rarely includes more than four panels per page.

Her art is a mixed blessing. The actual drawing is solid, sketchy and expressive, but the watercolours painted over it are dull, the Earth tones perhaps reflecting the mood, but at the cost of greater appeal. Contrast is provided with brighter colours during Jessica’s dreams. Also drawing unwanted attention is the stylistic quirk of Jessica’s strangely flat head, but the art comes to life with the frightening scenes of normal people being dragged away by armed and heavily armoured police.

A message constantly reinforced and constantly ignored is that Jessica should share her problems with her friends, which is first mentioned by an Aztec God who contacts Jessica in her dreams. Other encounters with different Gods follow, each representing a facet of Jessica’s emotional state, her trauma increasing when the story supplies a predictable setback. Because in the mainstream universe Jessica is a Green Lantern, the expectation is that at some point she’ll channel the power of a ring through strength of will, and what Rivera does with this is clever. Too much else, however, is a story that one wants to like for its social observation and inspiring message, but which needed less repetition and a faster pace.