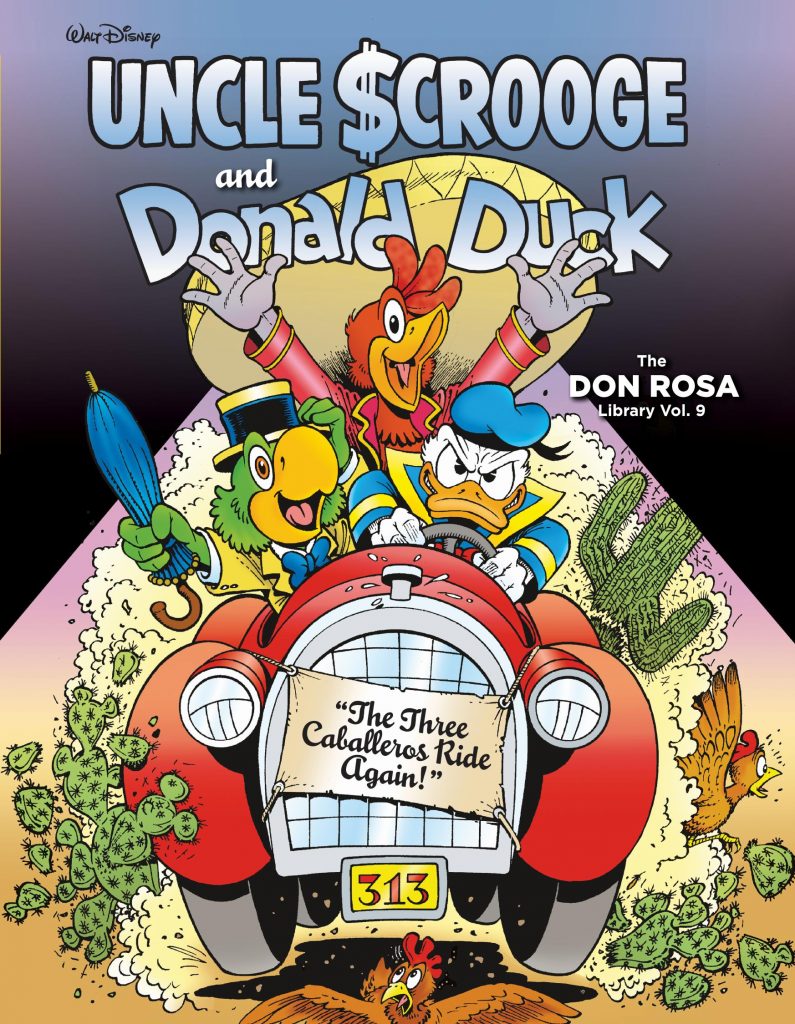 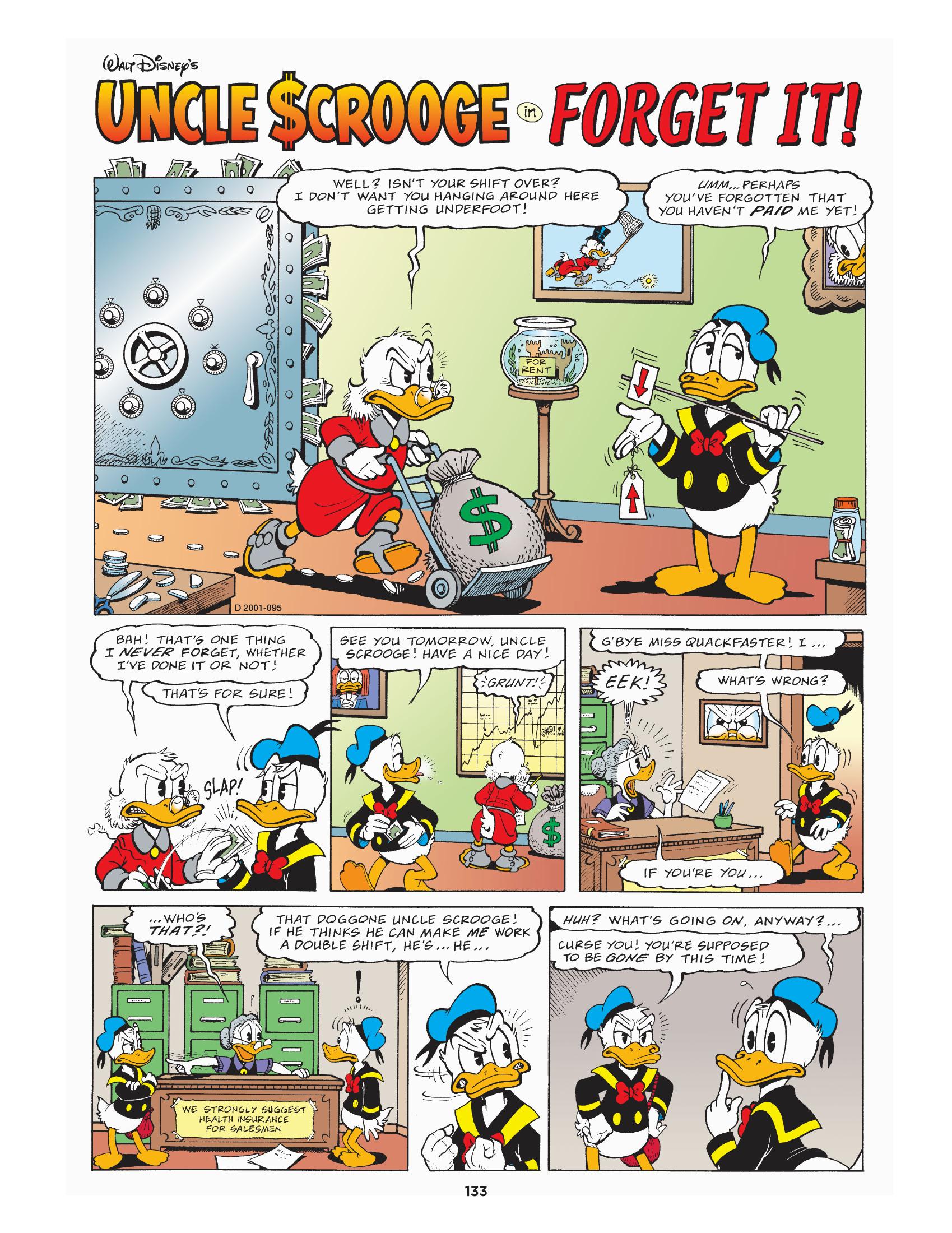 When he completed the final story in this ninth collection did Don Rosa have any inkling he was just four years away from the end of his career? It seems unlikely. His introduction, usually extremely self-deprecating, for once notes he was pleased with most of the stories he produced from late 1999 to mid-2002, and there’s no hint of the creative joy being diminished. Quite right too, as this is another fabulous selection of stories, many inspired by a rush of 50th anniversaries celebrating the original creativity of Carl Barks. The Beagle Boys, the Money Bin, Gyro Gearloose and others are given their due spotlight. We have a treasure hunt, another dip back to Scrooge’s past, some beautifully constructed gag strips, and Donald Duck reuniting with characters he’s not met in English language material since the 1940s.

This is in ‘The Three Caballeros Ride Again’, featured on the cover, in which Donald reunites with his co-stars from the 1945 Disney film The Three Caballeros. The animated antics of Donald, Panchito and José Carioca were spliced between travelogue clips and imprinted on the young Rosa when he first saw the film. He reunites them in Mexico, hitting on the idea that these are the only friends Donald really has, as the remainder of those he interacts with are either family, antagonists or exploiters. The buddy aspect shines through, with Rosa emphasising Donald’s finer qualities and how he might appear to people who don’t consider his baggage.

Rosa’s treasure hunt stories are largely more episodic than those of Barks, flitting from one location to another, and so it is with the search for the ceremonial crown sent from Europe to Genghis Khan. It begins in Duckburg, moves to Siberia, and finishes in Haiti via a side trip to Paris, the benefit being that Rosa can fit visual jokes about polar bears and voodoo dolls into the same story. A return meeting with Teddy Roosevelt is actually slightly better than the first (vol. 5, The Richest Duck in the World) as the need for the meeting to slot neatly between other events produces a stronger story.

The sample art, packed with visual asides, opens an absolute gem. Magica DeSpell sets a trap whereby Donald and Scrooge immediately lose all memory of the next thing mentioned after someone speaks their name. The ridiculous limitation prompts joke after hilarious joke, and it seems Magica will finally escape with Scrooge’s number one dime. She won’t, of course, but how Rosa prevents that is equally ingenious and topped with a great ending. It’s the best of four really good shorts. Rosa’s original publisher rejected ‘The Coin’ as lacking a central character, which is daft. We see the coin circuit around Duckburg before again arriving in Scrooge’s clutches, which all money in the town does. What’s in effect a Beagle Boys solo has them locate the original plans for Scrooge’s money bin, ten pages to which Rosa was so dedicated he actually worked out an architectural plan for the bin. It’s more gag-dense excellence, as is a tale of Donald acquiring a device that can predict threats to the money bin.

A generous selection of background notes and associated archival art is preceded by one final story. This neatly solves the continuity problem of Barks showing Scrooge’s fortune sinking to the bottom of a pit, then ignoring that for Scrooge’s next appearance. It trots along nicely enough until an inspirational moment introducing Gyro’s little helper, and from there takes off.

This is also available along with Rosa’s final collection, The Old Castle’s Other Secret, as a slipcased set.