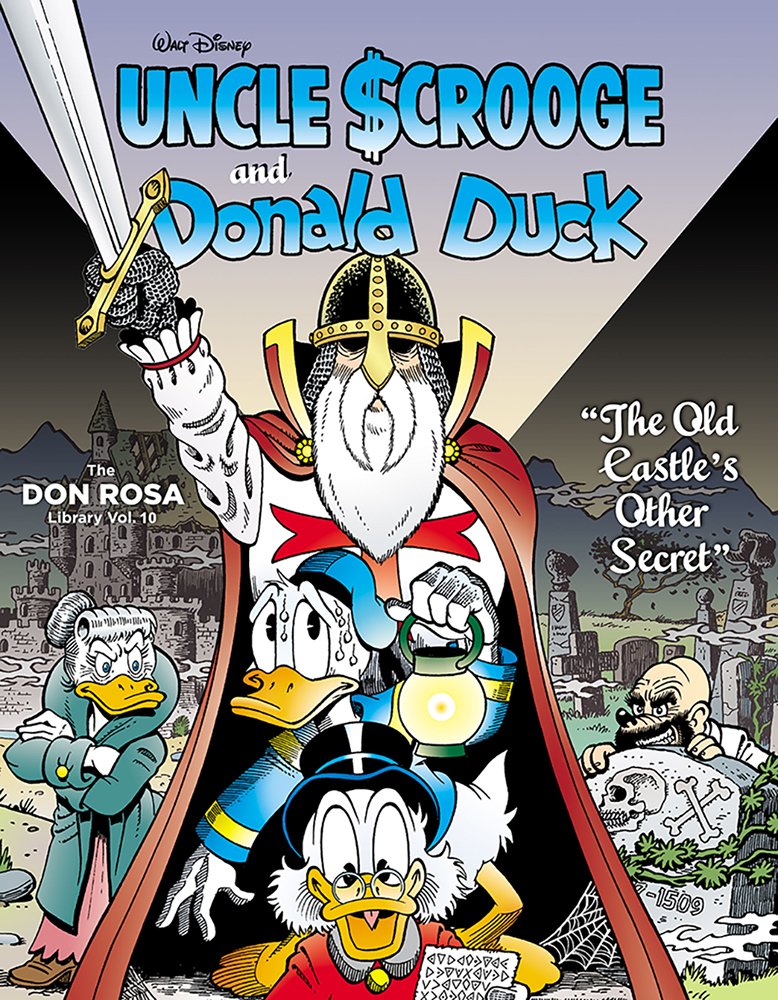 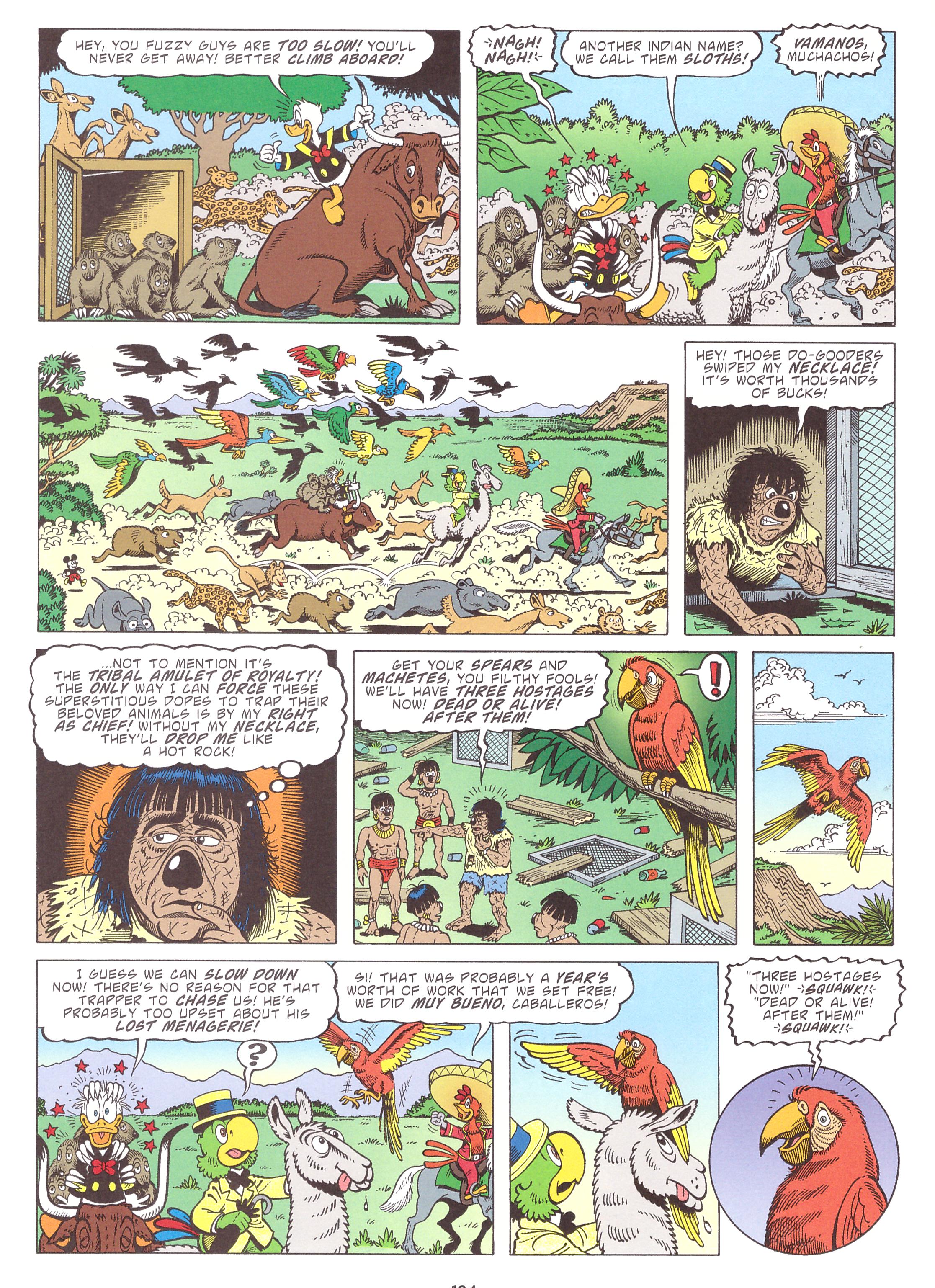 This final collection of Don Rosa’s Uncle Scrooge and Donald Duck emphasises that much of his career may have been occupied brilliantly joining the dots in Carl Barks’ duck mythology, but he also contributed so much himself. Barks would certainly never have produced ‘The Dream of a Lifetime’ in which Donald enters Scrooge’s dreams to fight off the Beagle Boys, the scenes shifting and dissolving as they later would in the film Inception. It’s slapstick of the highest order, and by chance also thematically fitting as the first of two stories bookending the collection emphasising what it is that really matters most to the cold-hearted Scrooge. Rosa’s recurring villainous contribution to duck mythology is French thief Arpin Lupin, who makes a valedictory appearance in his armoured suit coated with universal solvent. It’s a story requiring considerable plotting agility just to reunite Lupin and his suit, as it’s now improved, preventing him being stopped by previous methods. As before Rosa has fun with Lupin’s snooty charm and French accented English.

A variation of that echoes as Rosa again gives voices to Panchito and José Carioca for another adventure alongside Donald Duck, this time in Brazil. In his notes Rosa explains how in their company Donald cuts a heroic and resourceful figure, as they admire his achievements on all Scrooge’s treasure hunts. That’s combined with Rosa’s joy at playing with the unpredictability of wildlife, it being guaranteed that if animals are introduced in quantity in any of his stories mayhem is sure to follow. As seen on the sample art, there are no disappointments on that score, Rosa as compelled as ever to pour in the detail and the gags.

It’s the second of two epic treasure hunts, the first neatly leading Scrooge back to his ancestral lands in Scotland and displaying how effortlessly Rosa merges Barks’ stories with his own mythology, being a sequel to both a Barks story and his own ‘Crown of the Crusader Kings’ from volume 9. Better still, there’s a reconciliation that’s decades overdue. Instead of celebrating the joy of a complex tale well told, Rosa’s accompanying comments note his subsequent feeling of the necessary explanation of Crusader history preventing the correct ratio of action and gags. Being a perfectionist may be torture to him, but it results in great stories like this that he under-rates. Besides, he packed enough action and gags into the earlier ‘Trash of Treasure’ to compensate.

When he produced it, Rosa wasn’t aware ‘The Prisoner of White Agony Creek’ would be his final story, but he couldn’t have planned it any better. While his reduction of three classic Western lawmen to comedy sidekick status isn’t entirely successful, the heart is a compassionate tale of Scrooge and Glittering Goldie plugging a gap in Barks’ continuity and a final word on how Rosa views Scrooge.

One further story awaits, Thomas Shrøder and Marco Rota detailing a meeting between Scrooge and his chronicler. It’s charming, but a footnote.

The Old Castle’s Other Secret is another magnificent collection genuinely deserving to be labelled as for all ages, and is also available along with Rosa’s previous collection, The Three Caballeros Ride Again, as a slipcased set. The delicacy involved in placating the Disney organisation in order to be able to publish these collections means Rosa wasn’t able to be entirely honest about why he stopped working on Donald and Scrooge. His intended epilogue was pulled by Disney, but a more complete explanation remains online.