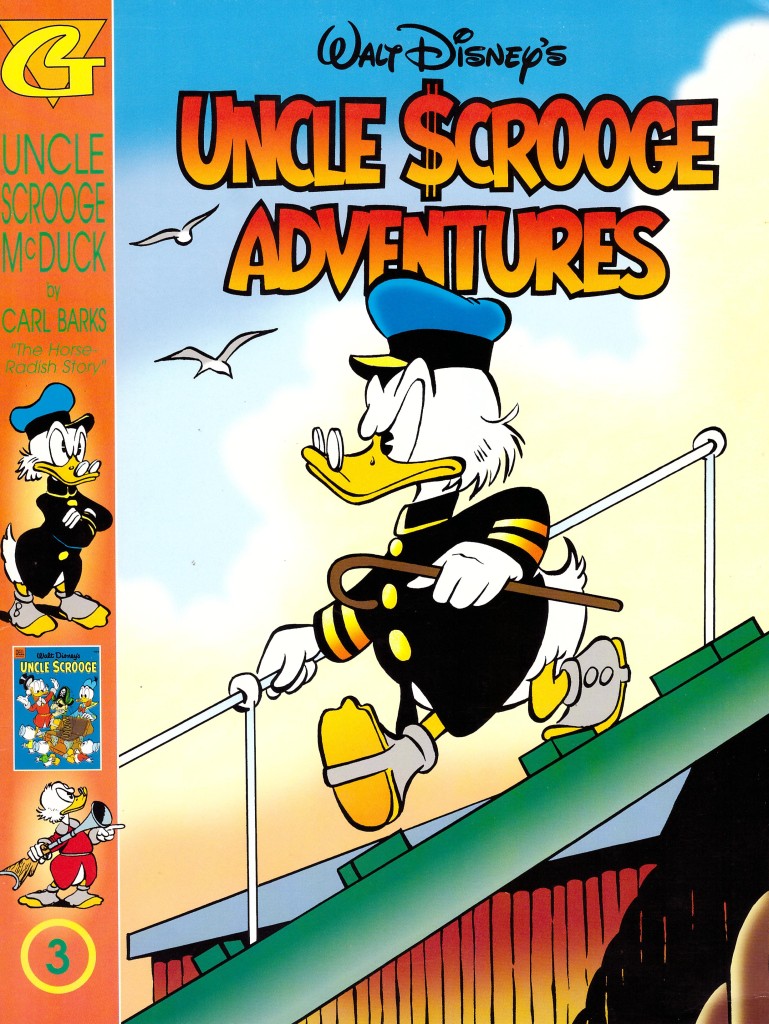 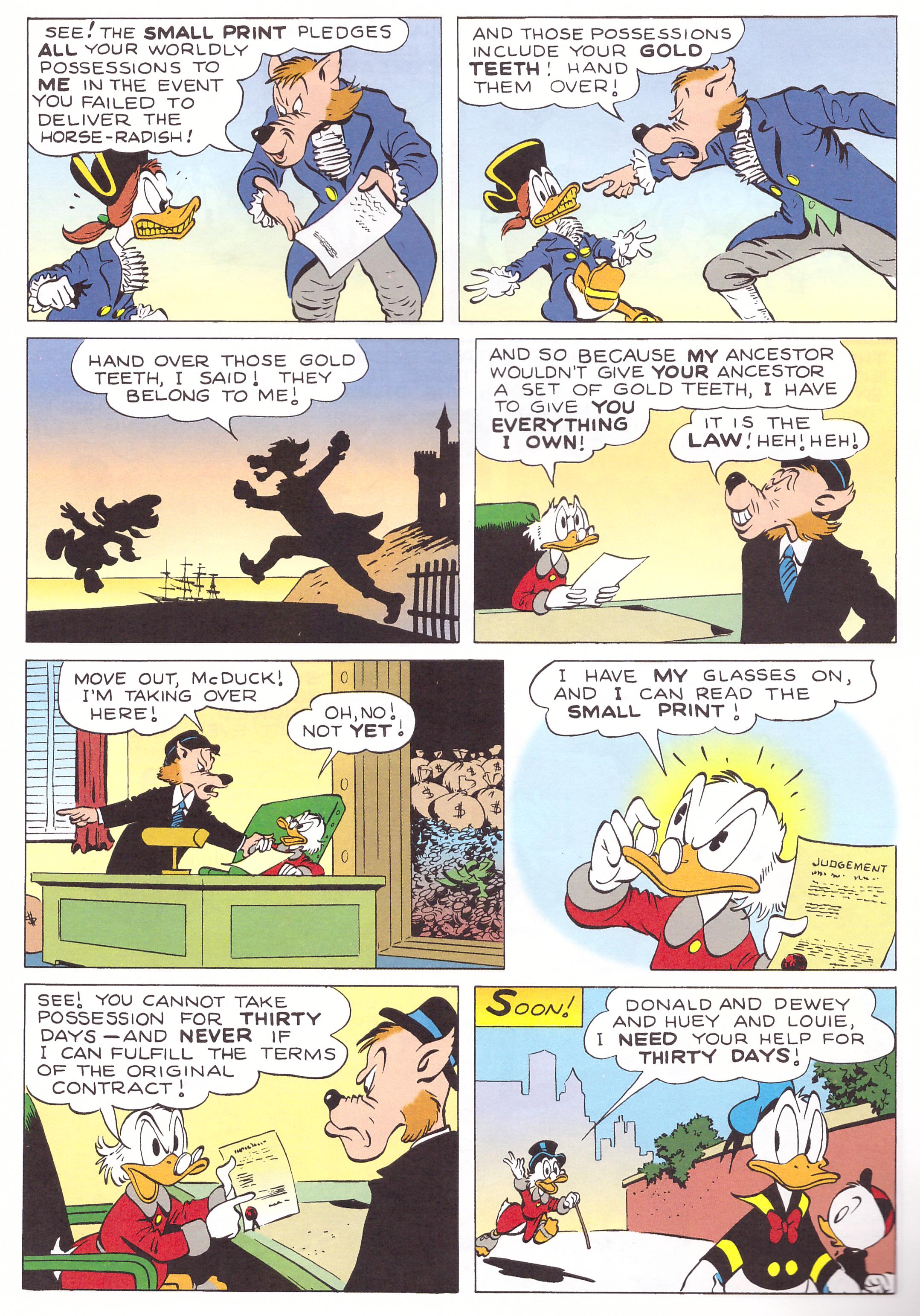 When originally published this story lacked a title. Creator Carl Barks used to refer to it as ‘The Horse Radish Story’, and that stuck until the latest Fantagraphics reprint, which retitles it ‘The Horse Radish Treasure’. Whatever the format, it appears an unprepossessing title, but Barks weaved magic from it.

The horse radish isn’t a euphemism for humbug, but a cargo carried on a ship sailed by one of Scrooge’s ancestors. It sunk, and when the time came to make restitution as per the contract, Captain Seafoam McDuck welched on the deal. The gold teeth he was to have handed over were later sold by Scrooge to fund his first Alaska expedition. Unfortunately for Scrooge, rapacious lawyer Chisel McSue has his own ancestor’s contract and Scrooge’s entire fortune appears to be due in payment. The only wiggle room is a thirty day period before the terms can be enforced.

This leads to a fantastic adventure in which it’s determined to fulfil the original terms of the contract and deliver the horse radish. When recalling the story Barks noted its impetus as a desire to illustrate a maritime theme as ships provided a break from drawing round duck heads. With that in mind it’s noticeable that underwater scenes requiring helmets appear, and Scrooge wears a nautical cap for much of the story. Barks also mentions the ships aren’t researched, just simply illustrated to service the visual needs.

He might have tired of consistently illustrating the ducks, but Barks provided them with life and personality in manner almost no artist has since bettered. This story, though, showcases a mastery for which Barks rarely receives credit. The scenes of danger from rampant waves, and other horrors of nature are impeccably composed.

McSue is about as downright nasty a villain as Barks ever created, with little concern for the sanctity of life where enrichment is concerned. It’s both a contrast with the normally tyrannical Scrooge and a commentary on lawyers as a trade, as the story was written shortly after Barks experienced a costly divorce. Back in Scrooge’s world this tale is a rarity as for once it’s Scrooge placed under pressure by the terms of a contract, whereas the more usually seen scenario is him enforcing unreasonable conditions. It establishes that even if his ancestors didn’t, Scrooge believes in the sanctity of a contract, which is reinforced with a decent final page gag.

A second story is fine gag-based romp as Scrooge again attempts to outwit the Beagle Boys who’re planning to rob his money bin. The longer term importance, though, was as the first story to mention Scrooge’s number one dime, the first coin he ever earned. Barks would derive numerous plots from this memento, not least every Magica De Spell tale he’d later create.