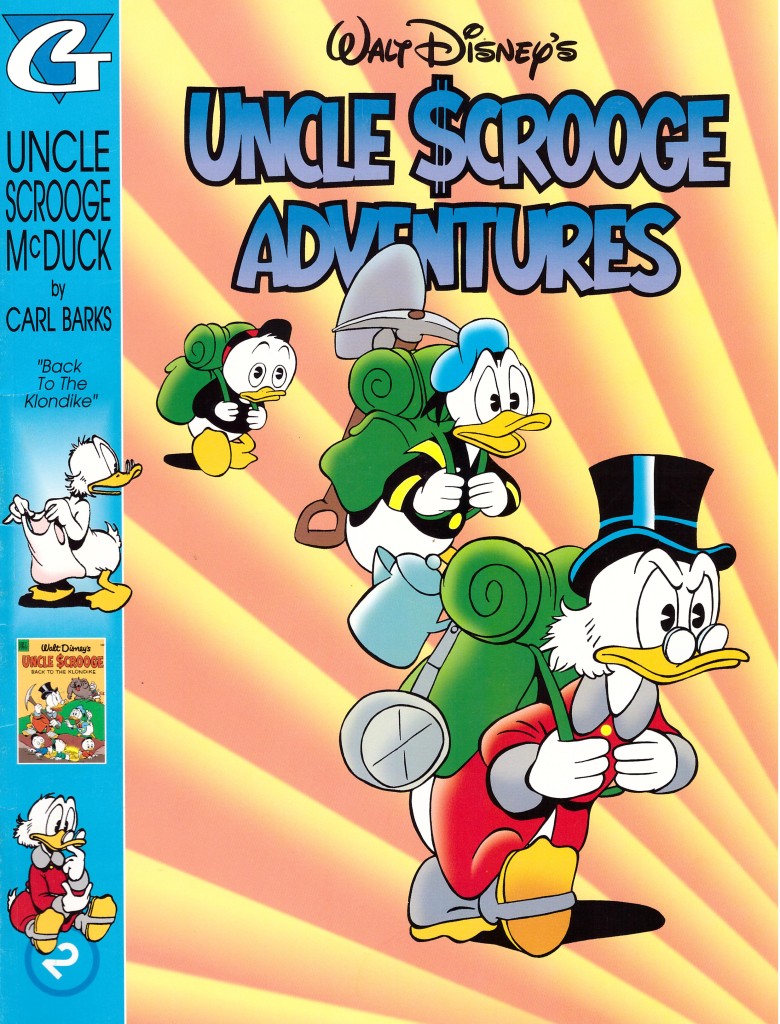 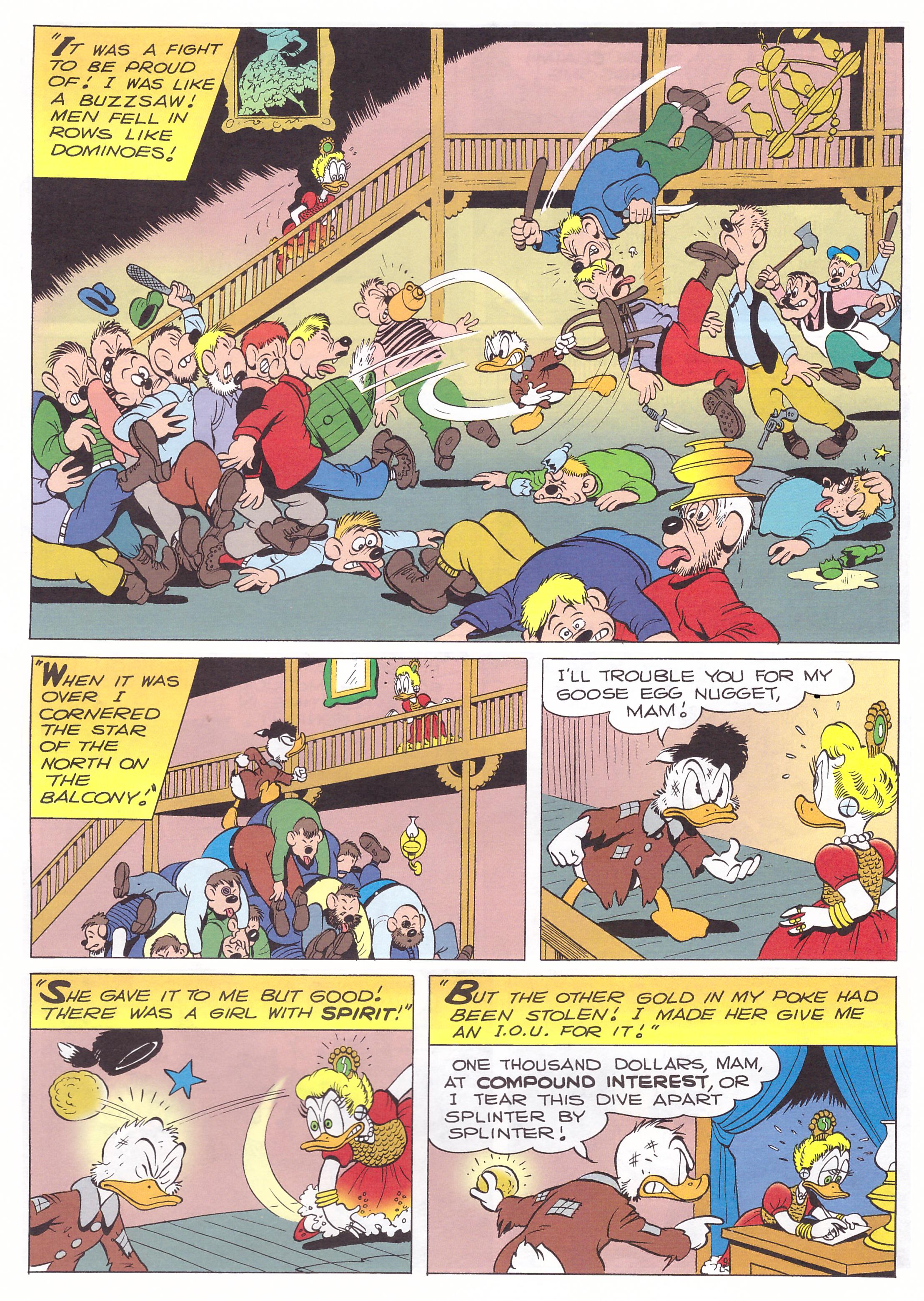 Despite Carl Barks’ Donald Duck material and contributions to Walt Disney’s Comics & Stories being first rate and popular, when it came to producing a second solo Uncle Scrooge comic, publishers Dell applied a caution that appears extraordinary in this day and age. It was a full year after ‘Only a Poor Old Man’ that ‘Back to the Klondike’ saw the light in 1953.

When interviewed about his work in his later years, Barks recalled that Scrooge as a regular character required some softening, some humanity in order to remain sympathetic, yet the era in which he made his fortune demanded he possess the steel required to fend off predators. Thinking about these aspects produced an anomaly in the Barks canon; one of very few occasions when Scrooge reflects on the past extensively rather than just in passing.

Barks has an endearing and eccentric method of returning Scrooge to Alaska where, as revealed in the first volume, the foundation of his fortune occurred. In a series of well-realised gags Scrooge’s memory is impaired. Were it not for embedding a plot device of consequence in the finale, this sequence could be one of the structurally precise ten pagers he created for Walt Disney’s Comics & Stories. A cure involves Scrooge needing to take regular pills, but these restoration techniques dredge up far more than he anticipated. He recalls that he buried a stash of gold in the Klondike years previously and never retrieved it. Furthermore, one Glittering Goldie owes him a thousand dollars, a sum he gleefully calculates now exceeds a billion dollars with the addition of compound interest.

From this distinctly inhumane start Barks weaves a tale that simultaneously underlines Scrooge’s myth as hard-nosed and never afraid of work, while revealing that he’s also capable of compassion and understanding. This is amid some fine slapstick involving a troublesome bear, and the definitive establishing of Scrooge as a character able to carry his own story. From this point the publication of his adventures was more frequent.

Further incredible in hindsight is that it was considered the four page sequence set in the past, in some ways the heart of the story, breached Dell’s prevailing standards of wholesome entertainment. They just sliced it out, although every reprint since the 1980s has restored it, along with four further removed panels. The silver lining for readers ever since is that this barbarism necessitated a separate five page story to fill the pages. Scrooge, too mean to buy his own newspaper, is fooled by Donald pasting a fake headline announcing all currency has been replaced by fish. From an unlikely start Barks delivers a very funny story reinforcing Scrooge as the master businessman.

Of all Scrooge’s solo material it’s ‘Back to the Klondike’ that has been most frequently alluded to over the years. Don Rosa mined it for his excellent Life and Times of Scrooge McDuck, having already produced a tale that returned Scrooge to Alaska, and it was faithfully adapted for a good episode of the 1990s animated Duck Tales.

It’s still possible to locate this as an individual album, but the story is now better purchased along with several others in the 21st century Fantagraphics collection Only a Poor Old Man. There it’s contextualised and that volume is available at roughly the price this slim album now fetches.