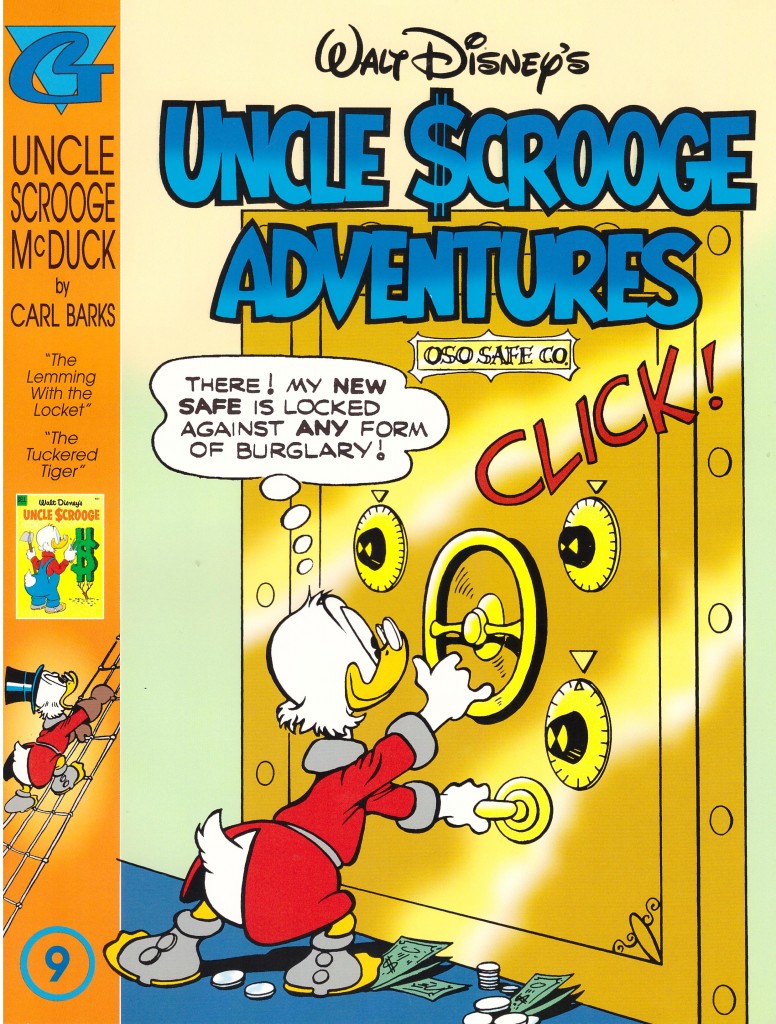 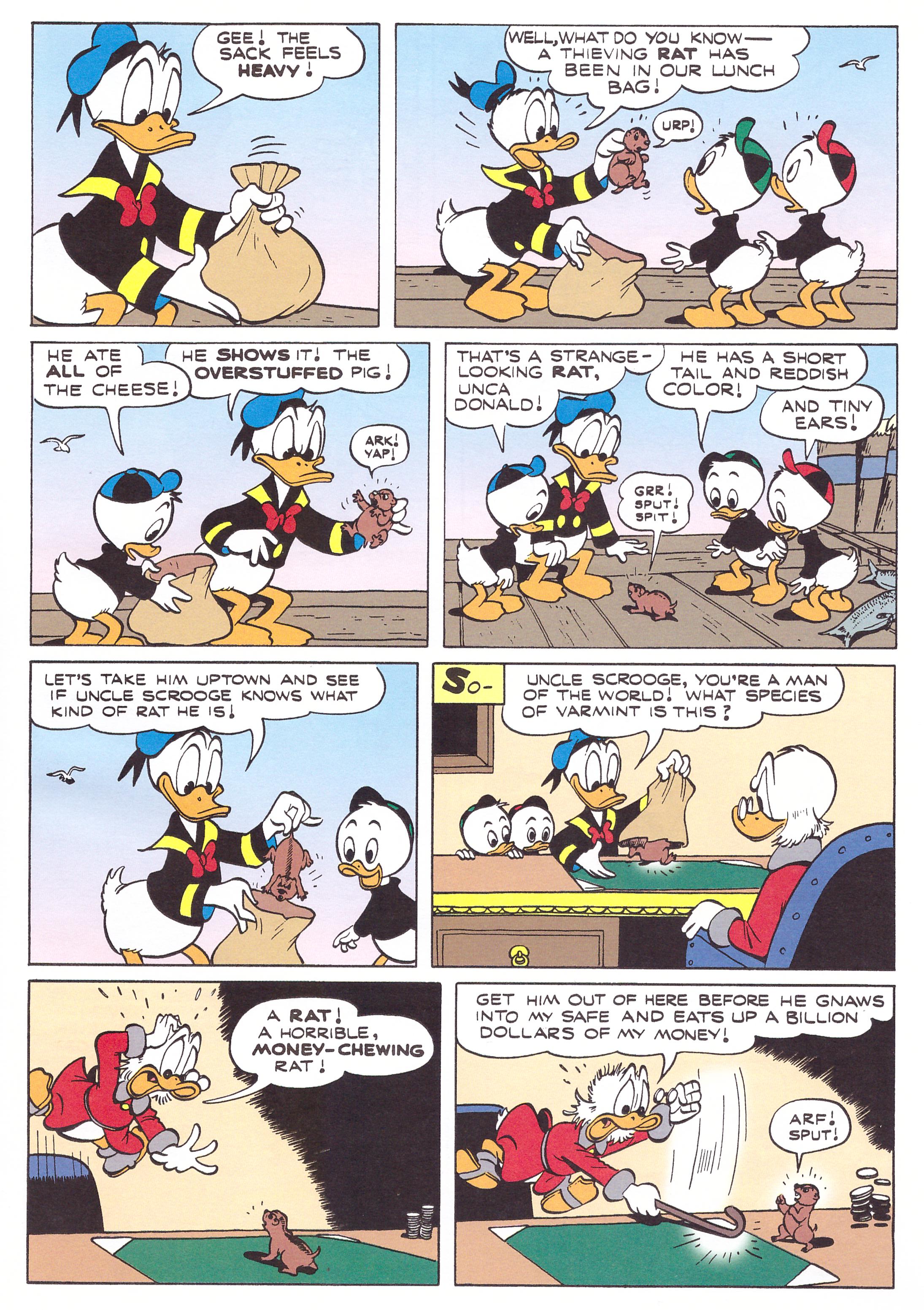 ‘The Lemming with the Locket’ is basically one long slapstick chase sequence, but meticulously conceived and plotted by Carl Barks with an astounding ratio of visual gags.

It begins with Scrooge content for once, having paid to have his money storage bin reconstructed from impervium. The modifications include a new safe door, the beast seen on the cover, with a combination so complex it requires writing on a slip of paper. Scrooge inserts this into a locket and hangs it around the neck of Scrooge figurine. So, a bad day for Donald Duck to visit with the lemming that stowed away from Norway with his imported cheese. The lemming gets loose, ends up with the locket around its neck, and heads out of the building, down to the docks, and is seen running onto a ship leaving Duckburg.

The sophistication of this story is the skill required to sustain it with one gag following another without the format ever seeming tired, and constantly escalating the likelihood of the lemming disappearing again. According to notes supplied in the Fantagraphics collection The Seven Cities of Gold (where this is reprinted), Barks’ starting reference material was a National Geographic article rather than the Disney film White Wilderness. Both refer to lemmings committing suicide en masse, a situation the film makers staged, and led to many believing over decades this was a natural phenomenon. A falsehood it may be, but it makes for a wonderful narrative impossibility as Scrooge attempts to locate the single vital lemming amid a horde of hundreds heading for the cliff edge. Barks sustains the tension to the end, and delivers a good pay-off.

A ten page back-up, ‘The Tuckered Tiger’, follows. Scrooge is concerned about the lack of interest in Duckburg’s spring festival, from which he’d hoped to make money from his concession stands. His solution is an animal race, the promotional stunt being he’ll donate his weight in diamonds to the winning creature. Of course, Scrooge is supremely confident he owns the fastest animal, but for story purposes he’s about to be proved wrong. The very funny woes of animal owners occupy the remainder of the strip to a well worked finale. 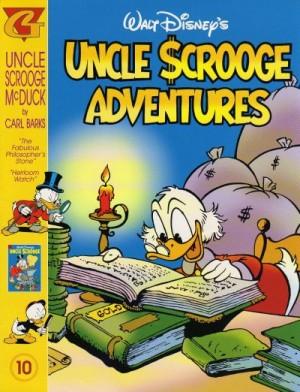 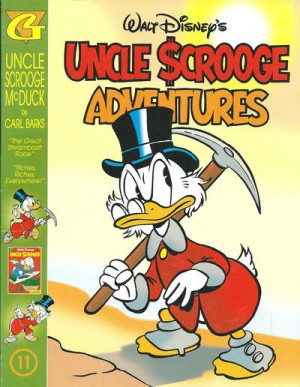 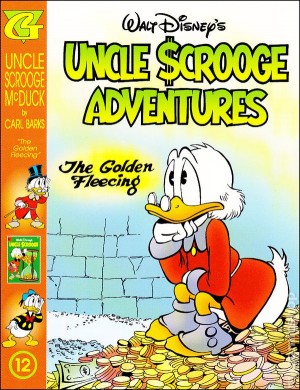 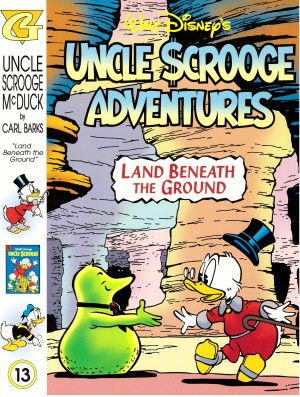