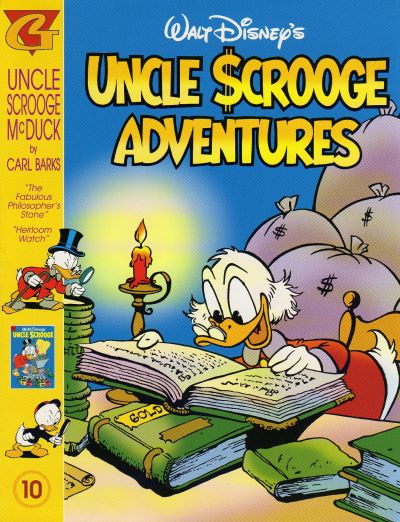 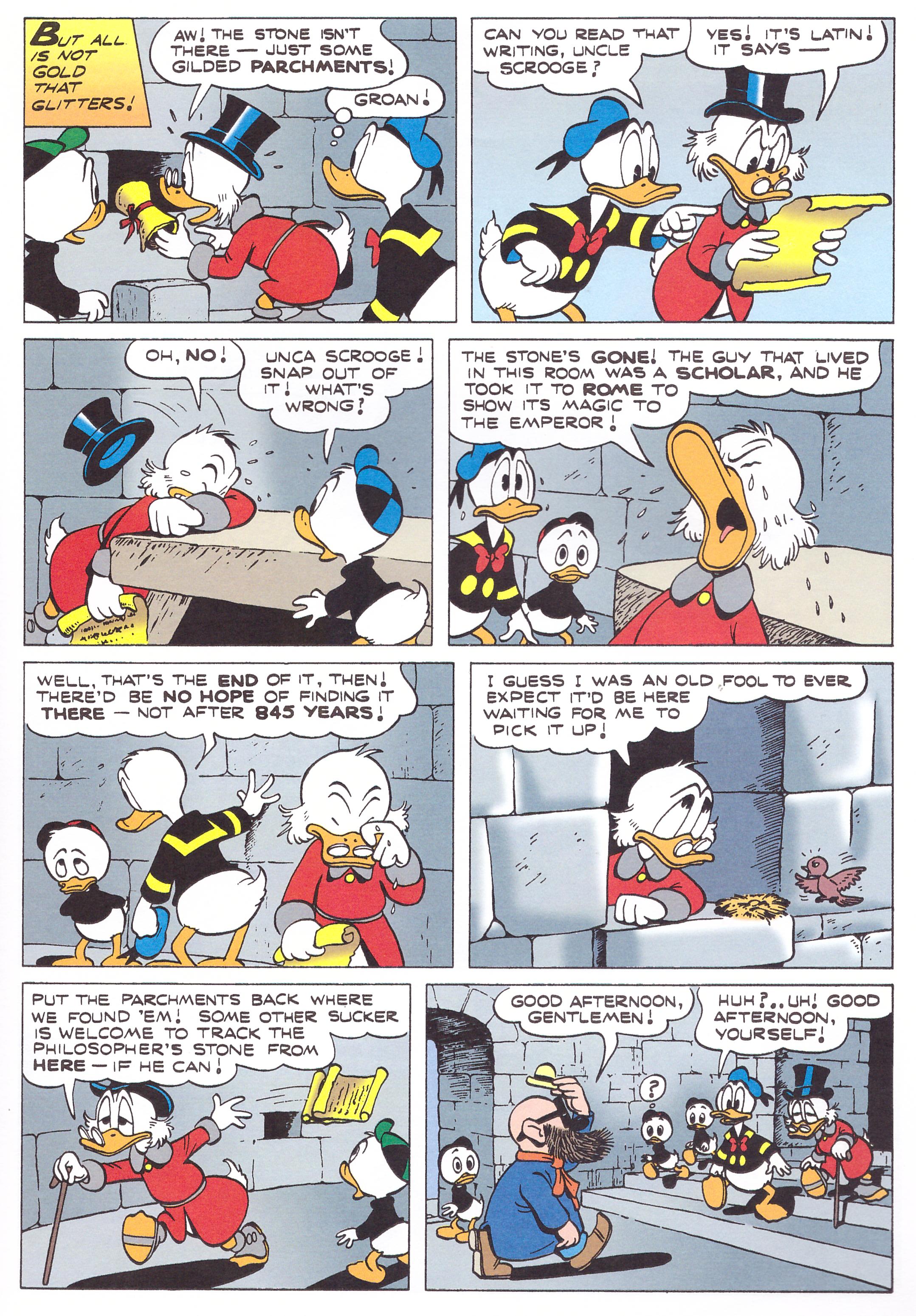 It was in volume 7’s ‘The Seven Cities of Cibola’ that Carl Barks hit on the idea of Scrooge investigating myths and legends as a method of increasing his already vast fortune. It was a fine fit, and opened Scrooge’s world to fabulous adventures. Barks had already trialled these exotic travelogues in Donald Duck material, but the search for riches provided an instant reason for a journey, and so a tighter introduction.

Scrooge begins by researching the philosopher’s stone, a legendary device that once permitted an alchemist to transform ordinary metals into gold. Scrooge believes that 845 years previously a crusader returned with the stone from Palestine to Germany, and that’s a clue well worth investigating. What develops is in tone similar to the previous volume, in that Scrooge and company follow one clue to the next as it leads them all around Europe and the Mediterranean area. Suspense is provided by a mysterious stranger arriving at each venue just as Scrooge has deciphered enough to followed the clues to the next location.

Reading this in the 21st century what immediately strikes is the educational value of the story compared with the comics aimed at children today whose purpose is primarily to sell associated toys and other materials. The references Barks includes may well have prodded the curiosity of only a very small percentage of readers, but those readers were opened up to a world of history, geography and legend. It’s a deliberate policy reinforced by the all-purpose oracle that is the Junior Woodchuck’s Guidebook, so often pivotal and so every bit as valuable as a stone that converts metal to gold. Here it revitalises the search and introduces further mythical elements when the trail peters out. There’s also an abiding morality to the stories, as Scrooge doesn’t question for a moment that what’s located in sovereign territory belongs to the people of that nation.

It appears as if the quest is rapidly complete, yet Barks throws in a satisfying finale that switches tack and provides another message consistent to the series: wealth must be earned.

The album is rounded out with a tale of the heirloom watch passed through the McDuck family tree for generations. It’s a comic gem, with Scrooge first extolling the virtues of the watch, then bemoaning the poor quality of parts from two centuries previously as finally gives out, not a jot of sentimentality about him. The story again exemplifies the strict moral code Barks applied, with greed in itself not paying off in a well-plotted conclusion. They almost always are.

Featuring travel, comedy and adventure this is an ideal sample of Barks’ Uncle Scrooge, but now better purchased along with the content of volumes 7-9 and the next two albums in the 21st century Fantagraphics collection The Seven Cities of Gold. There it’s contextualised and that volume is available at roughly the price this slim album now fetches.