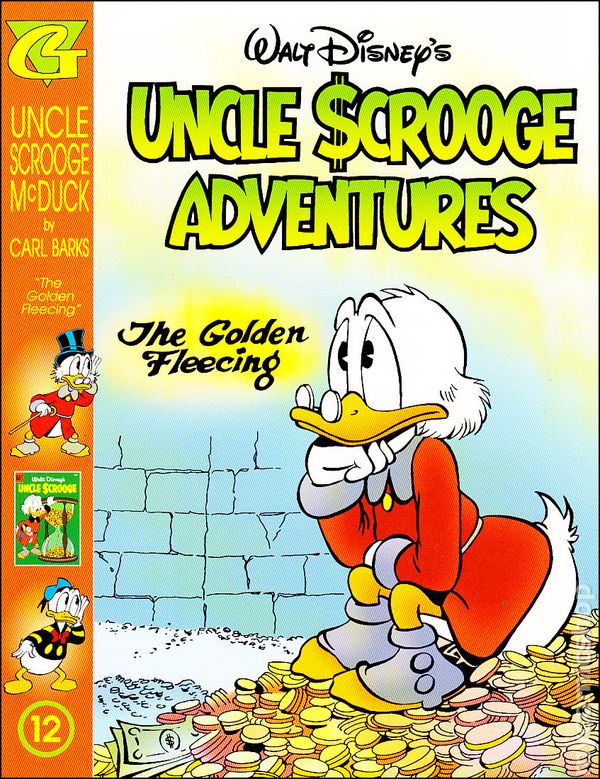 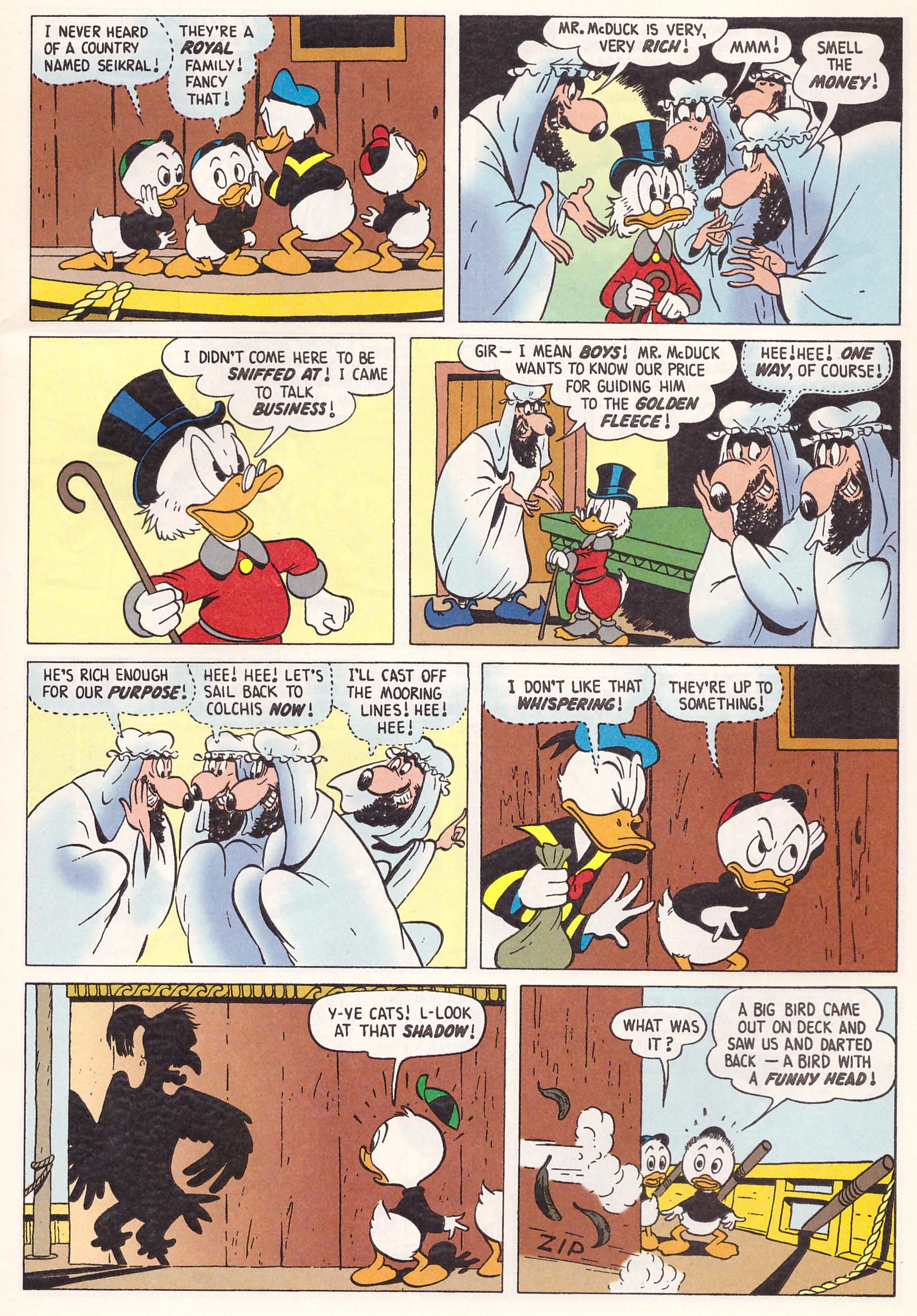 Unalloyed greed is the motivation for Scrooge McDuck’s adventuring in this album as he’s lured by tales of the Golden Fleece, once tracked down in mythical times by Jason and the Argonauts. It begins as Scrooge decides he needs attire more befitting his status, and plans to make a coat from gold weave. When it’s explained that this can be done, but the resulting coat will be uncomfortable, Scrooge is pursued from the shop by someone prepared to make him a better offer, the location of the original golden fleece, and a sample is produced to prove credentials.

Interviews with Barks decades after he created ‘The Golden Fleecing’ in 1955 mention greater editorial interference, and a frustration with that process. It shows in a compromised and muddled story that’s weak by Barks’ standards. One fundamental issue was Barks being unable to use the given name of ‘Harpies’ for the gruesome flying women involved, as his editor believed the term doubled as obscure slang for prostitutes. Instead he named them ‘Larkies’, which must have rankled for man whose research was diligent and who took a pride in the historical or mythical accuracy of the background to his tales. Motivations and plot devices have a slapdash quality compared with his other work, and by modern day standards there’s the troublesome aspect of a caricatured Arab. It stops short of being downright insulting, but neither is there fear of adopting the stereotypes of the era.

It’s also a disjointed story, and some of the gags Barks incorporates aren’t as smoothly integrated as we might expect. The idea of Scrooge being mesmerised by a mere sniff of the golden fleece is underbaked, and the last page pay-off gag, customarily such a strength of Barks’ writing, harks back to the opening, but is weak and disappointing. It is, however, still Barks at work. The illustration is masterful, and a sequence featuring a dragon works well, with its eccentric design a story highlight.

Rather than this album the story is better purchased with the very good Barks material over the previous five volumes as the 21st century Fantagraphics collection The Seven Cities of Gold. There it’s contextualised and that volume is available at roughly the price this slim volume now fetches.