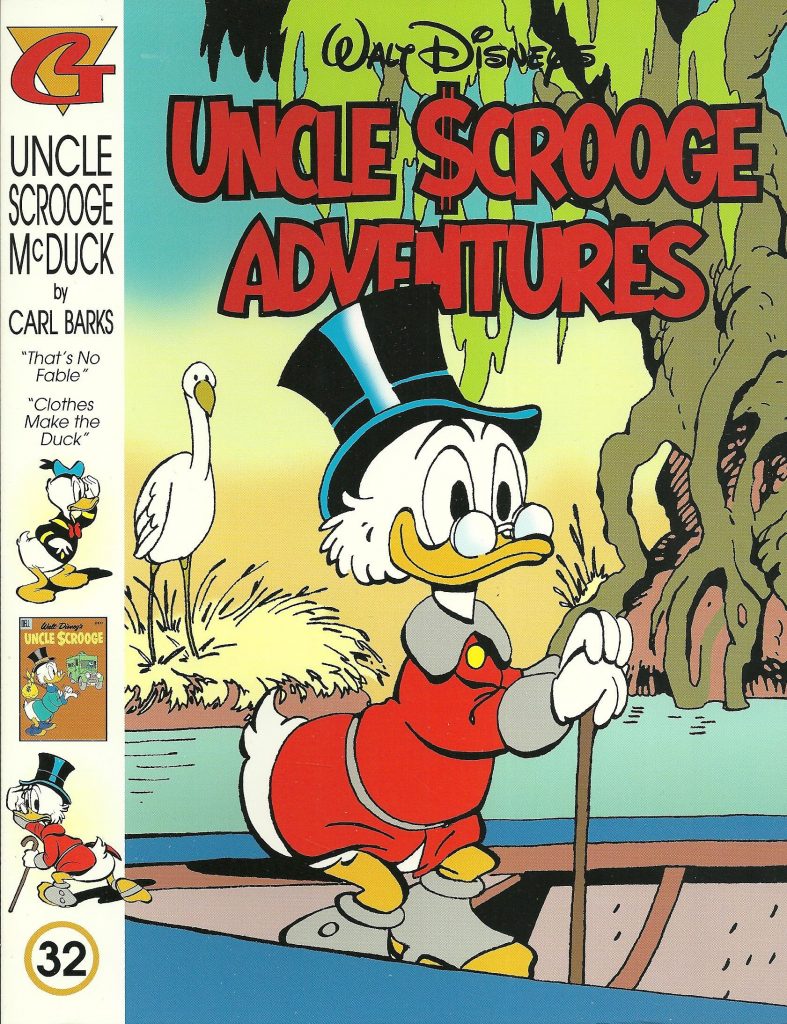 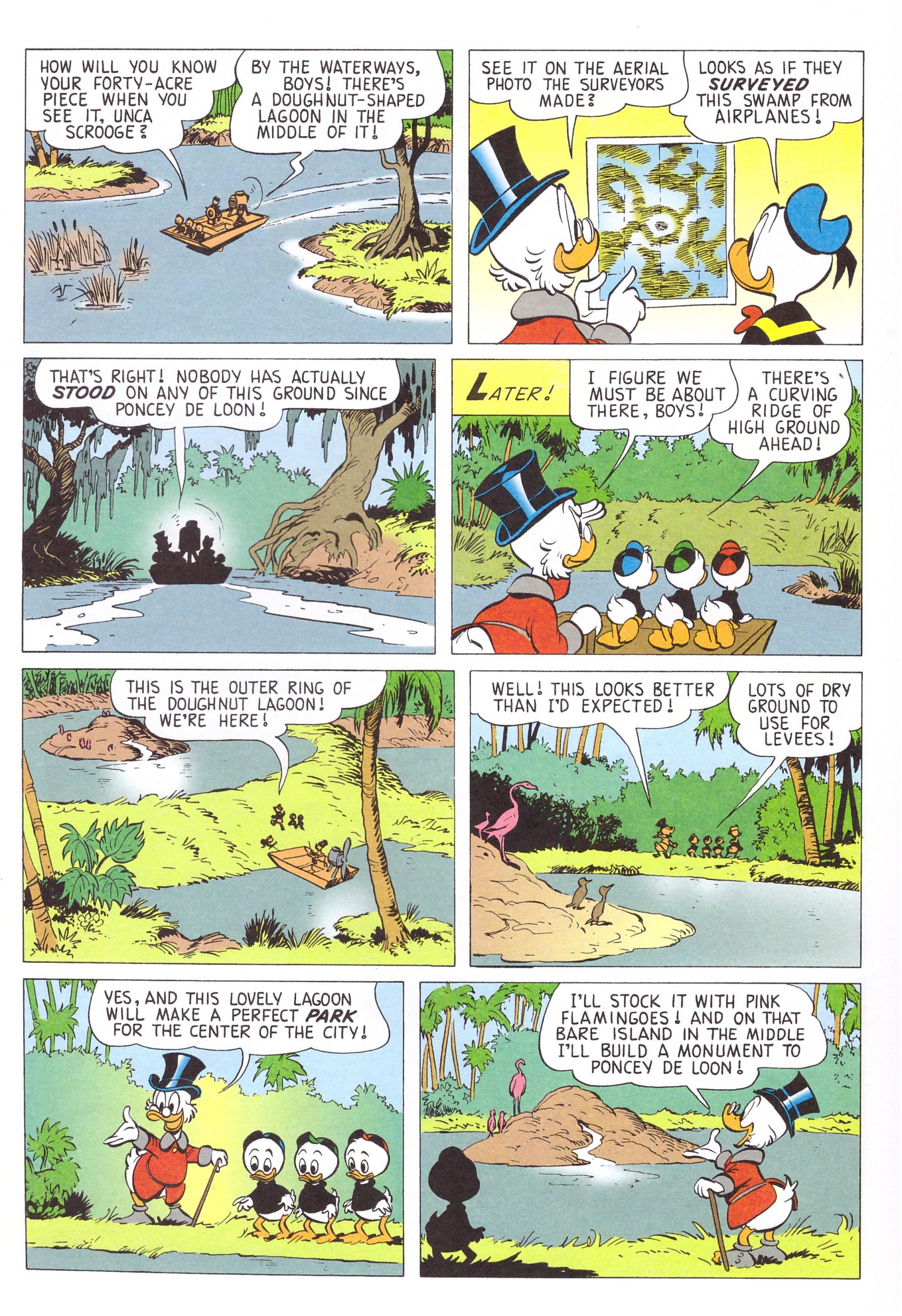 It’s been documented that Carl Barks felt he’d hit a rut in the late 1950s, which may account for the slightly unusual nature of these two stories. While Donald Duck and his nephews were regular accompaniment to Uncle Scrooge’s adventures, other Duckburg characters were used far more sparingly, yet Grandma Duck features in the first story, and Daisy Duck in the second.

‘That’s No Fable’ is further differentiated by being largely recalled in hindsight. We’re given no explanation for Grandma Duck’s presence in Scrooge’s money bin as he counts bulging sacks of coins, but it’s her chance remark about a distant ancestor that sets off the narration. The name of that ancestor being Poncey de Loon is a clever bit of pastiche, not only referencing Spanish explorer Juan Ponce de León, but also encompassing the name of webbed bird the loon, which, it should be noted, isn’t actually a duck. Poncey searched for the fountain of youth centuries beforehand, and it’s Scrooge’s casual remark that he only missed it by three miles that leads into the main plot. It’s charming, both comic and poignant, and makes good use of a restriction trapping Scrooge and party on a remote island. The ending is a little random when compared to Barks at his best, but the remainder works well and whatever Barks felt about his plots, his cartooning is still wonderful.

At not even eight pages, ‘Clothes Make the Duck’ is one of the comedy farces Barks could produce so well when on form. Scrooge has been invited to events that would require replacing his now tatty coat, and the easiest way of avoiding that expense is to avoid the events. A succession of escape routes and hiding places make him grubbier and more uncomfortable, but Barks works out an entirely logical and very funny ending. Having noted that, it runs against the usual ethical grain of Barks’ stories by providing an unearned reward, usually only the province of Gladstone Gander, discarded by Barks because he came to dislike the idea of rewards not being the result of work. That’s a trivial point, and it shouldn’t stand in the way of reader enjoyment.

Both stories will form part of the next Fantagraphics hardcover collection of all the Barks Uncle Scrooge stories.