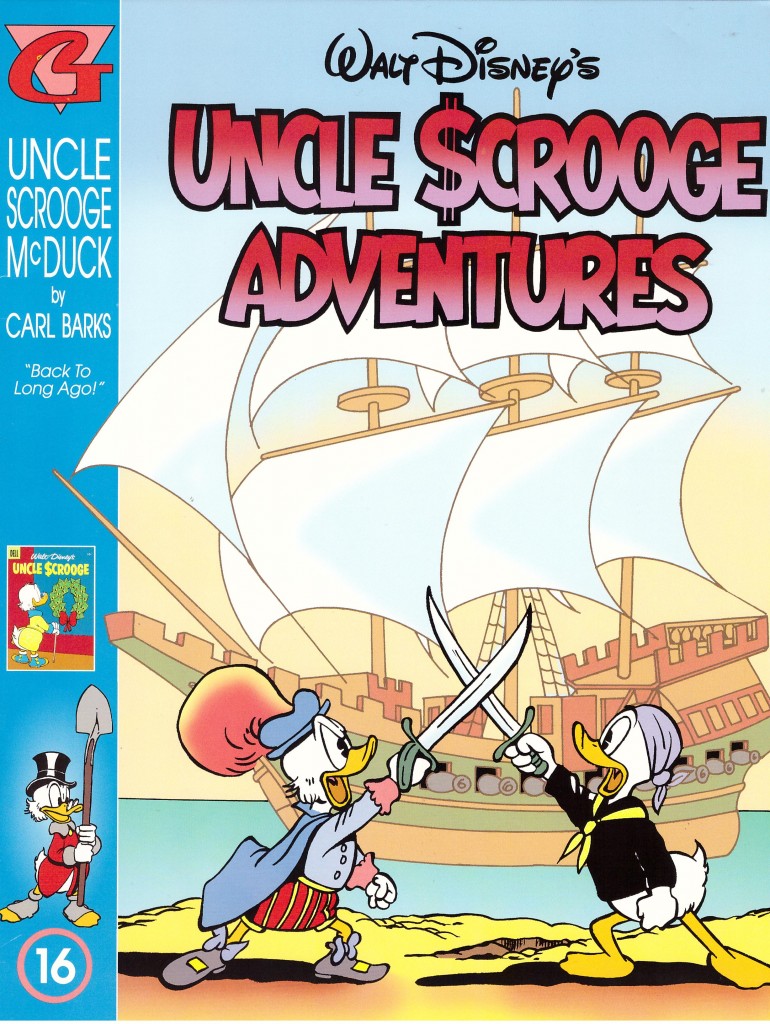 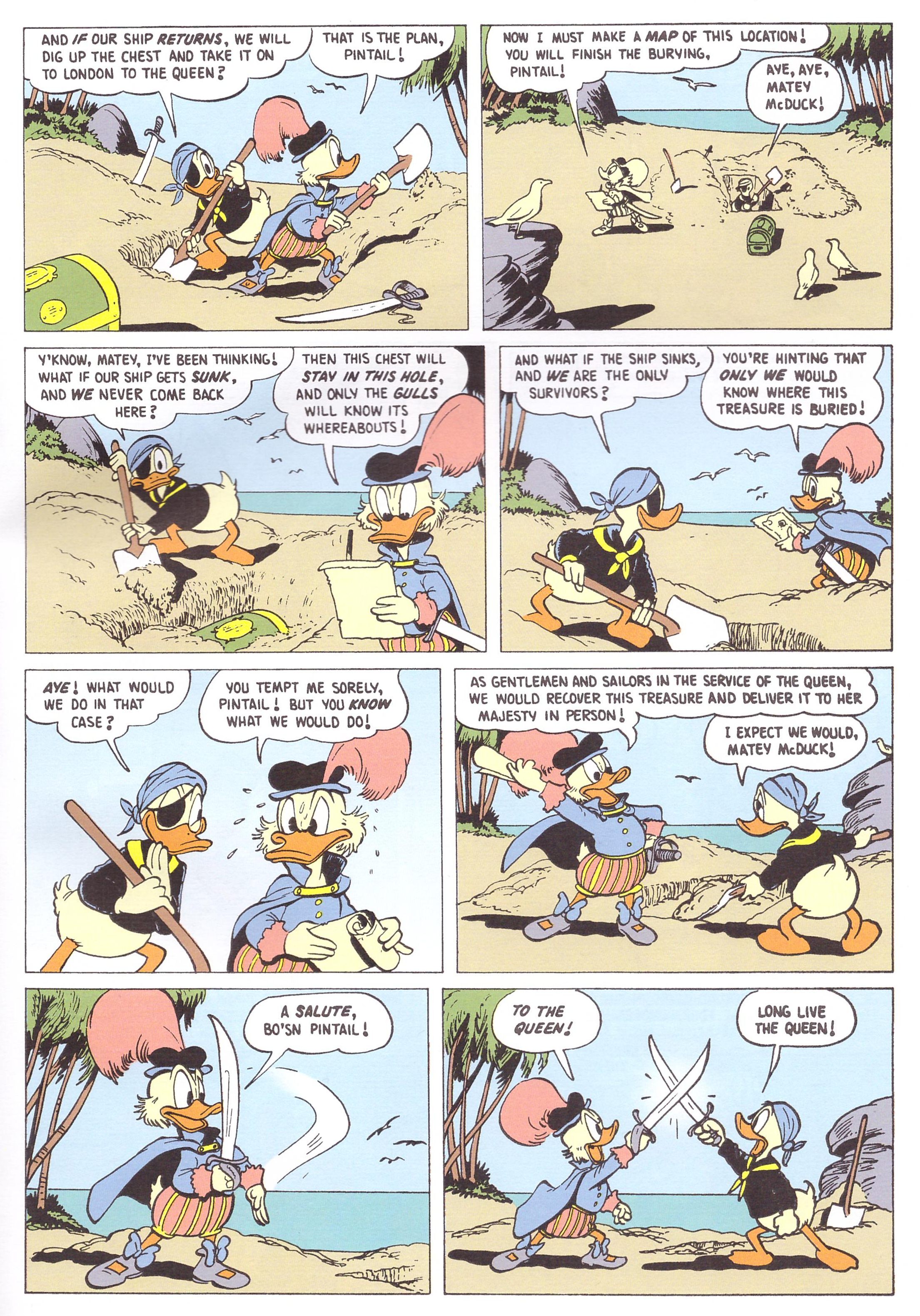 Carl Barks produced so many great Uncle Scrooge stories that some tend to fall between the cracks in terms of critical evaluation in the context of his entire output, but read them in isolation and they’re very impressive indeed. ‘Back to Long Ago’ is one of these. There are no Beagle Boys or Magica DeSpell (not yet created by Barks), the danger of adventure is rationed, and as Geoffrey Blum astutely notes in his accompanying essay, there are very few sight gags either. On the other hand there is a plot that’s constructed in exemplary fashion with plenty of diversions leading to a conclusion that has a point to make about what’s valuable, while reinforcing Barks’ moral code about treasure being earned.

This 1956 strip is set in motion by Barks toying with the then relatively new idea of past life regression. Scrooge, of course, hopes that in a past life he’d been involved with treasure somehow, and his hypnotic experience indicates this is so. A three page sequence of recollections reveals he and Bo’sn Pintail hiding a treasure chest on a remote island. Scrooge considers there’s no time to lose, but significantly Donald Duck has also been visiting a hypnotist…

Scrooge here is at his most selfish, refusing to consider sharing the treasure with the reincarnation of the man he buried it with. Donald, along with Huey, Dewey and Louie is discarded as Scrooge determines he alone will dig the treasure up. To those familiar with Barks’ plotting it’ll come as no surprise that events don’t follow the plan in Scrooge’s head.

The main attraction is accompanied by an equally enjoyable secondary feature. Scrooge is amazed how easy it is to win money on TV quiz shows, so contrives to be a contestant. Scrooge having secured his appearance, Barks throws in the spanner. It’s a clever complication requiring Scrooge to choose between vanity and practicality, after which Barks drops a final surprise to end the story. It’s a six page masterclass in gag strip construction.

With this 1990s edition now hard to come by, both stories are more easily found in the 21st century Fantagraphics collection The Lost Crown of Genghis Khan. There the story is contextualised and accompanied by the contents of volumes 13-15 and 17-18.