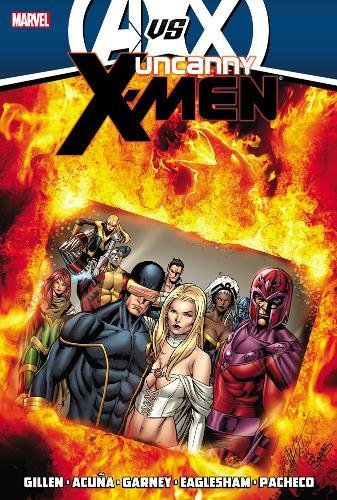 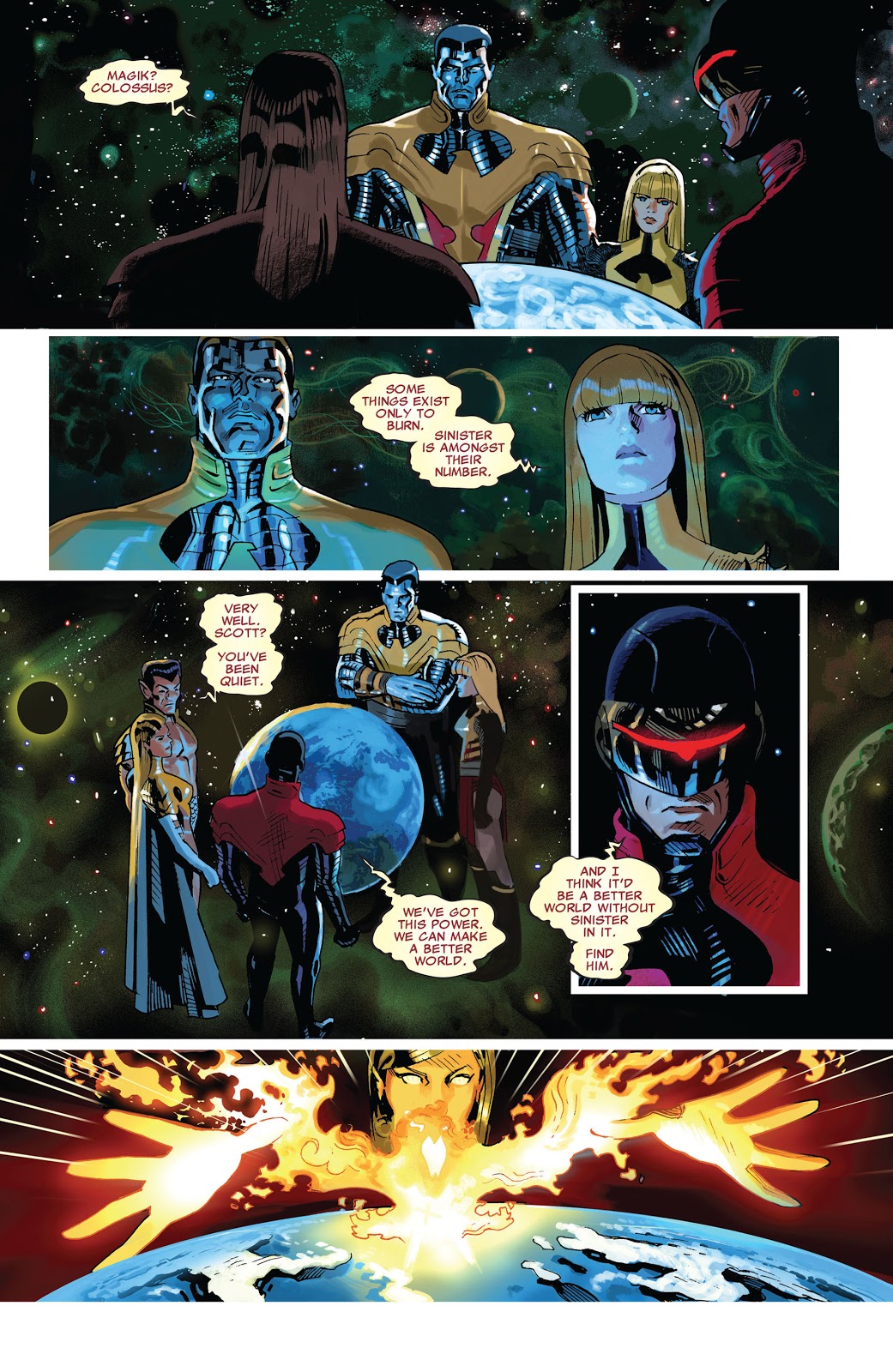 This opens with the conflict between the X-Men and Avengers ongoing, having reached the stage where five X-Men have been commandeered by the Phoenix Force. It’s enabled them to refashion the world, putting to right many wrongs on a major scale. It’s a big step forward from their status during Vol. 3. The wild card is that Danger’s personality has been overwritten by Unit, a manipulative form of artificial intelligence.

As foreshadowed in Vol. 3, Mister Sinister has anticipated the modified X-Men invading his underground stronghold, and it leads to the strange visual experience of a Victorian steampunk society and its inhabitants facing a near infinitely powerful force. It seems a clear mismatch even accounting for Sinister’s multiple versions of cloned X-Men, but that wouldn’t make for an interesting story. When first used by Kieron Gillen, Mister Sinsiter’s welcome was eroded by egotistical exposition, but here the ego is restricted to smug, but funny comments, and revelling in the knowledge of superiority. Much of Gillen’s X-Men run has dealt with intelligence advanced beyond human understanding, of necessity requiring a smart writer, and a constant quest for information. “I don’t like the idea of someone like Sinister possessing a fundamental power of the universe”, considers Unit, “No good will come of it”. There’s a temptation to apply a layer of allegory about organisations gathering data, but that’s probably coincidental. Ultimately pride goeth before a fall, but the three chapters, however gloriously drawn by Daniel Acuña (with some help from Mike Del Mundo) have moments rather than producing an entirely satisfying whole. The Psylocke scenes are neat.

The next two chapters move the story forward, the Phoenix Force shared between Cyclops and Emma Frost, then Cyclops alone. Gillen’s task appears to have been to hold fire while other events occurred, and so he provides a pair of strange conversations, one extraordinarily detached and callous, the other heartbreaking, followed by an even more dispassionate run through of Scott Summers’ life. It’s ironically titled ‘The Passion of Scott Summers’. They’re frustrating, even irritating in the way they skip between beats of another story where momentous events occur only to be casually revealed in subsequent dialogue.

A postscript chapter drawing a line under both these events and Gillen’s tenure is considerably better. There’s a very natural, yet unexpected, conclusion to the Unit and Danger plot, a neat Mister Sinister coda and a more contentious refashioning of the relationship between Colossus and Magik. Whatever other problems people might have had with Gillen’s X-Men, he was rarely unconvincing, yet this entire plot is exactly that. Realistically, has anything been learned? Dale Eaglesham, Ron Garney and Carlos Pacheco illustrate, all of them up to par.

If preferred, this can also be found combined with volumes two and three as X-Men by Kieron Gillen: The Complete Collection Vol. 2. Although not entirely essential, just as Gillen’s X-Men run started outwith the actual X-Men title (see S.W.O.R.D.: No Time to Breathe) he concludes it elsewhere also in Avengers vs. X-Men: Consequences.