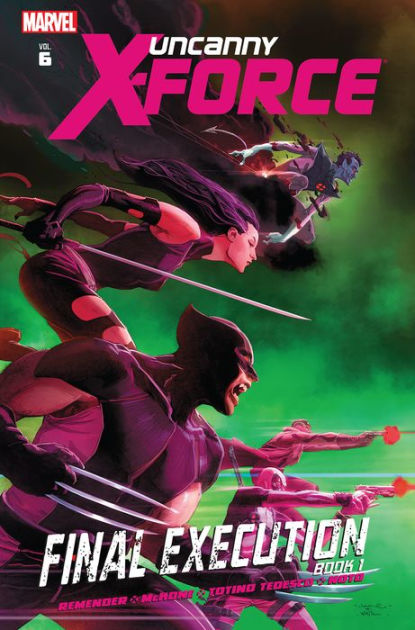 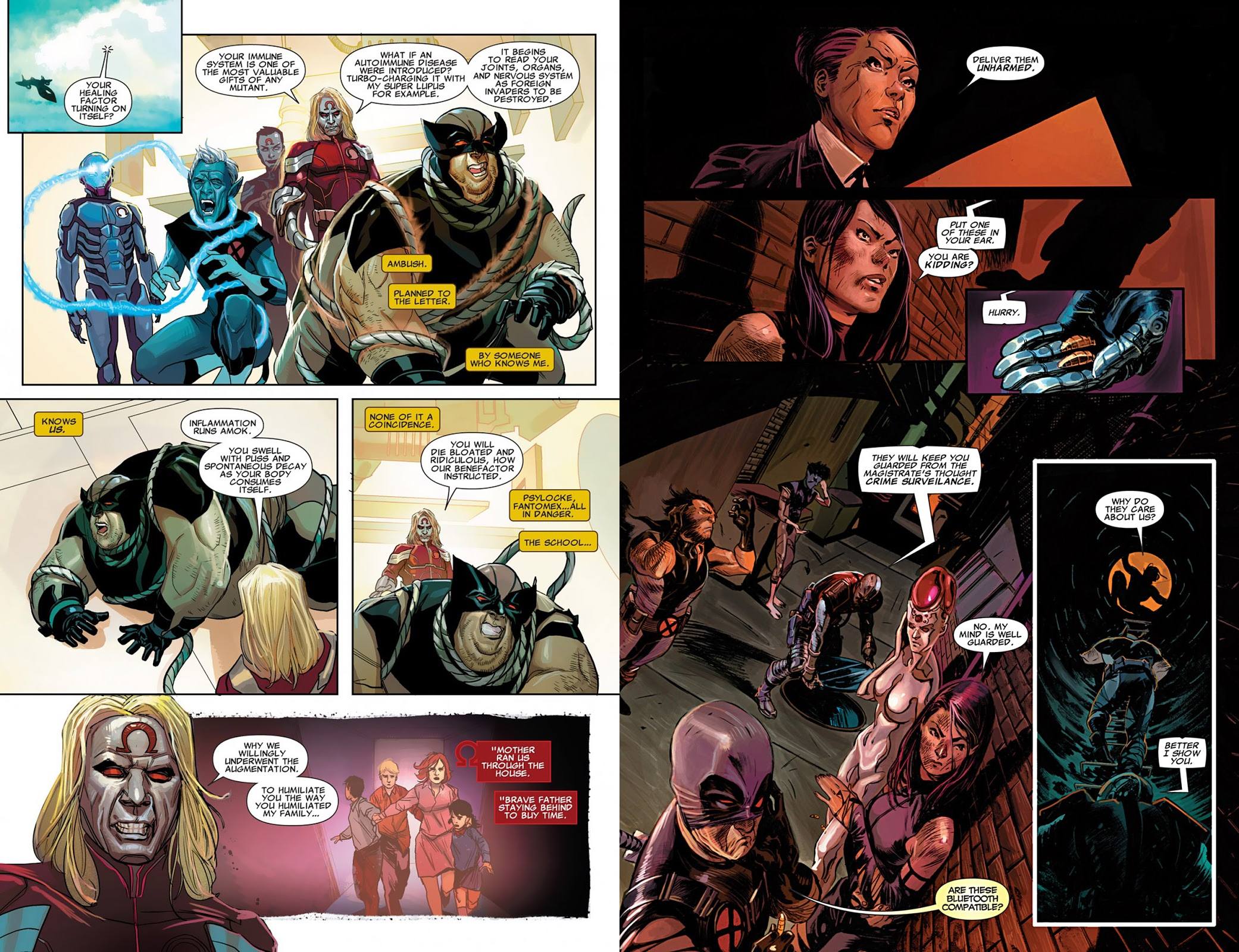 ‘Final Execution’ opens by severely depleting the ranks of X-Force. Angel was considerably transformed at the end of The Dark Angel Saga, and following the events of Otherworld, both Fantomex and Psylocke have also quit. Deathlok seems to have been forgotten, but actually isn’t, and it’s just as well the alternate world Nightcrawler has chosen to stay around. It’s possibly a bad time, then, for someone who seems to know all about the team to target them for revenge using a selection of the X-Men’s most fearsome foes.

Rick Remender seems at first to be all over the place, following various team members past and present, assorted plotting villains and Genesis, the Apocalypse clone among the gifted youngsters at Professor Xavier’s school. The Professor is among several surprising guest stars as Remender blurs the distinctions of reality and unreality and takes readers on a roller-coaster ride, ending up in the future by end of this collection, the halfway point of Final Execution. The further the story goes, though, the more things tie together, and even the trip to the future doesn’t seem as arbitrary and gratuitous as it otherwise might. The point is to show the logical extension of a society embracing pre-emptive murder as a judicial solution.

The content fair sweeps through artists as much as it does villains. Mike McKone draws the first chapter in his pleasing clean style before two chapters apiece from Phil Noto and Julian Totino Tedesco. Noto isn’t quite as precise as he’s been on other series, which is good, because the necessity for action would otherwise render his people stiff. Tedesco is looser still, applying scrappy, rough figures to precise digitised backgrounds. The result is surprisingly good.