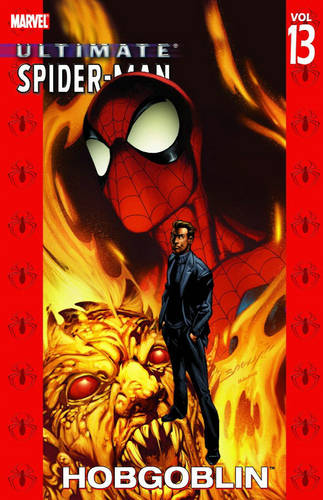 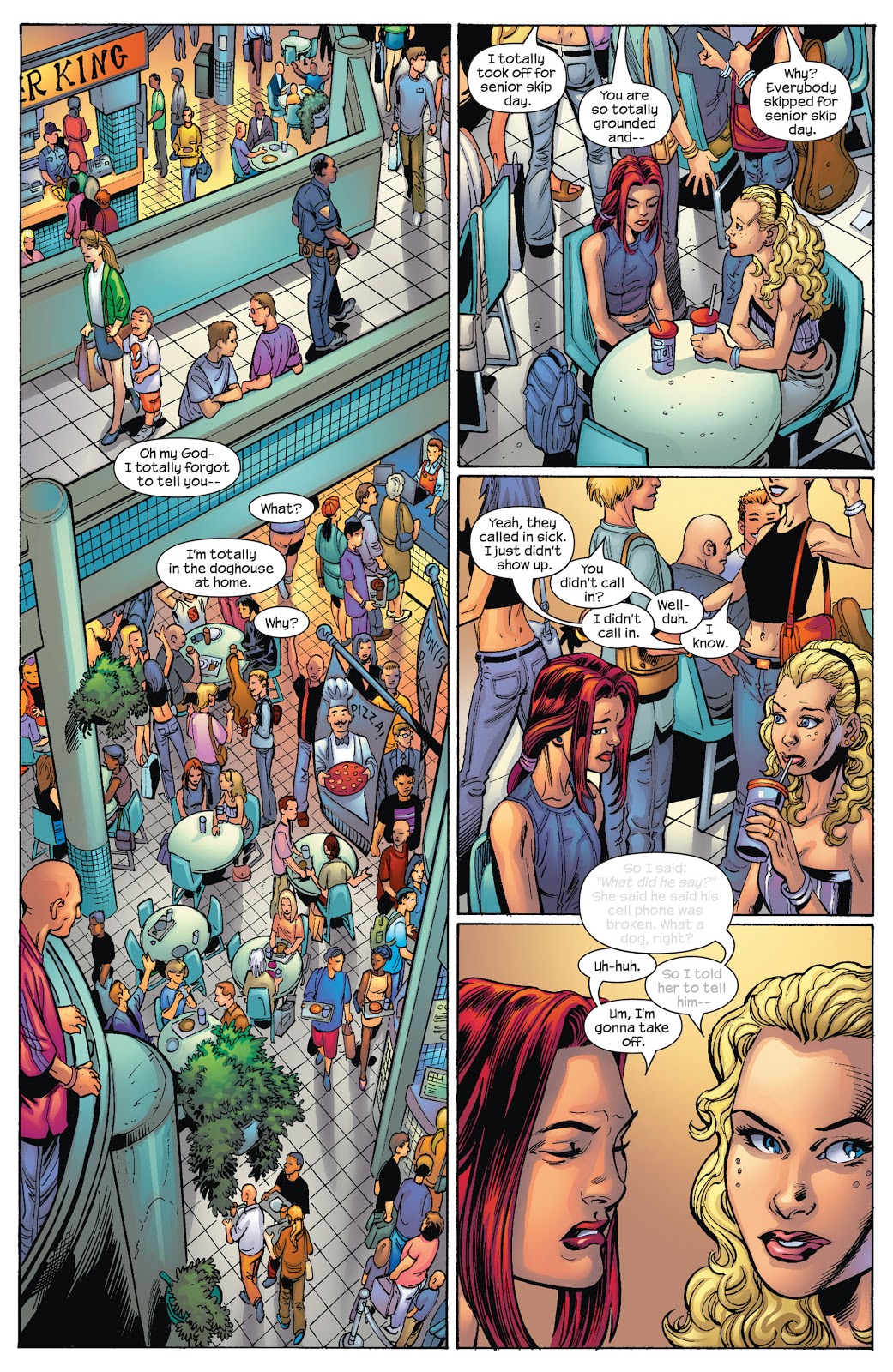 There’s a lot of clever writing to Hobgoblin. That’s Harry Osborn on the cover, one time classmate of Peter Parker, and son of industrialist Norman Osborn who developed a serum that transformed him into a raging monster. Harry’s not been seen since his father’s last rampage in Ultimate Six, and we learn early that he’s been spending time in a clinic under S.H.I.E.L.D. supervision. Nick Fury now considers he’s had enough therapy, so he returns home and starts circulating among his school friends again. He’s also one of the many people aware Peter is Spider-Man, and while on some level Harry knows what his father has done, how much does he blame Spider-Man? A clever aspect of the writing is how subtly Bendis has Harry behave, manipulating people who were once friends, and the ambivalence about his condition. He may no longer be anyone S.H.I.E.L.D. believe they need to monitor, but he’s a greatly fractured and tormented individual despite the facade he can maintain. The deceit makes him in some respects a more chilling character than his father, as it sustains tension about what his real intentions are. Harry has had so much therapy and hypnotherapy, long before he was ever in custody, so layers upon layers of mental messing result in a massively conflicted personality. The absolutely great bit about the writing is when Bendis pulls the curtain back to reveal what readers have taken for real isn’t real at all, except in Harry’s head.

Not quite as well provided is Peter’s torment, building on a recent decision that he doesn’t want to be Spider-Man any longer, as despite the good he does it’s brought death to those around him. The underlying feelings are understandable, but the way he works them out are overplayed. It’s because Bendis wants to change something, which won’t be a crowd pleaser, but cut him some slack on that. There’s also a Mary Jane solo story closing the volume, which as with Aunt May’s therapy session a while back, isn’t what Spider-Man readers will have wanted when they plunked down their money for the serialised issue.

Mark Bagley on that story, though, is magnificent. Consider how most artists would have provided the scene-setting page shown as the sample art. With nowhere near the effort that Bagley put in, that’s for sure. There’s an argument that the overall quality of a superhero artist is best judged not on the action scenes, but how convincingly they cope with the linking sequences, and Bagley’s civilian scenes are emotionally intuitive and attractive.

What with Harry on the scene, and a whole lab full of his father’s transformative formula kept away from S.H.I.E.L.D., everything’s built toward the inevitability of a monster manifesting again. Bendis establishes a timescale in the opening splash page, noting it’s been nine months since Peter first became Spider-Man. During those nine months he’s beaten the Osborn creature twice, but they’ve proved his toughest match so far, and there’s no cop-out when it comes to the spectacular action.

The seventh volumes of both the hardcover Ultimate Spider-Man and the thick paperback Ultimate Collection combine Hobgoblin with Warriors, which is next. 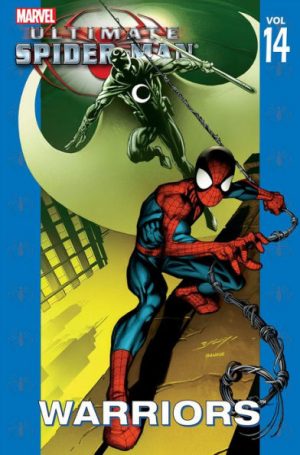 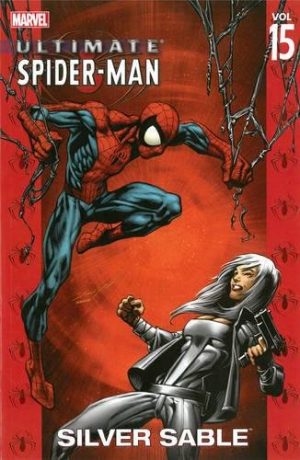 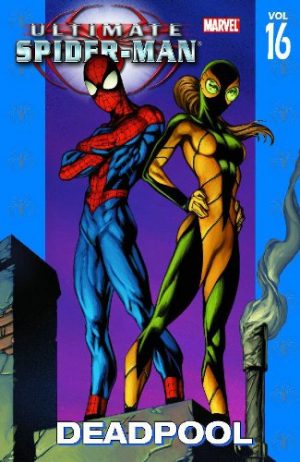 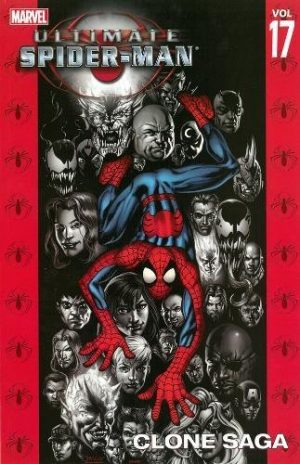