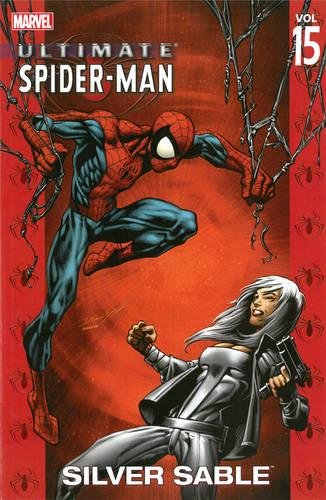 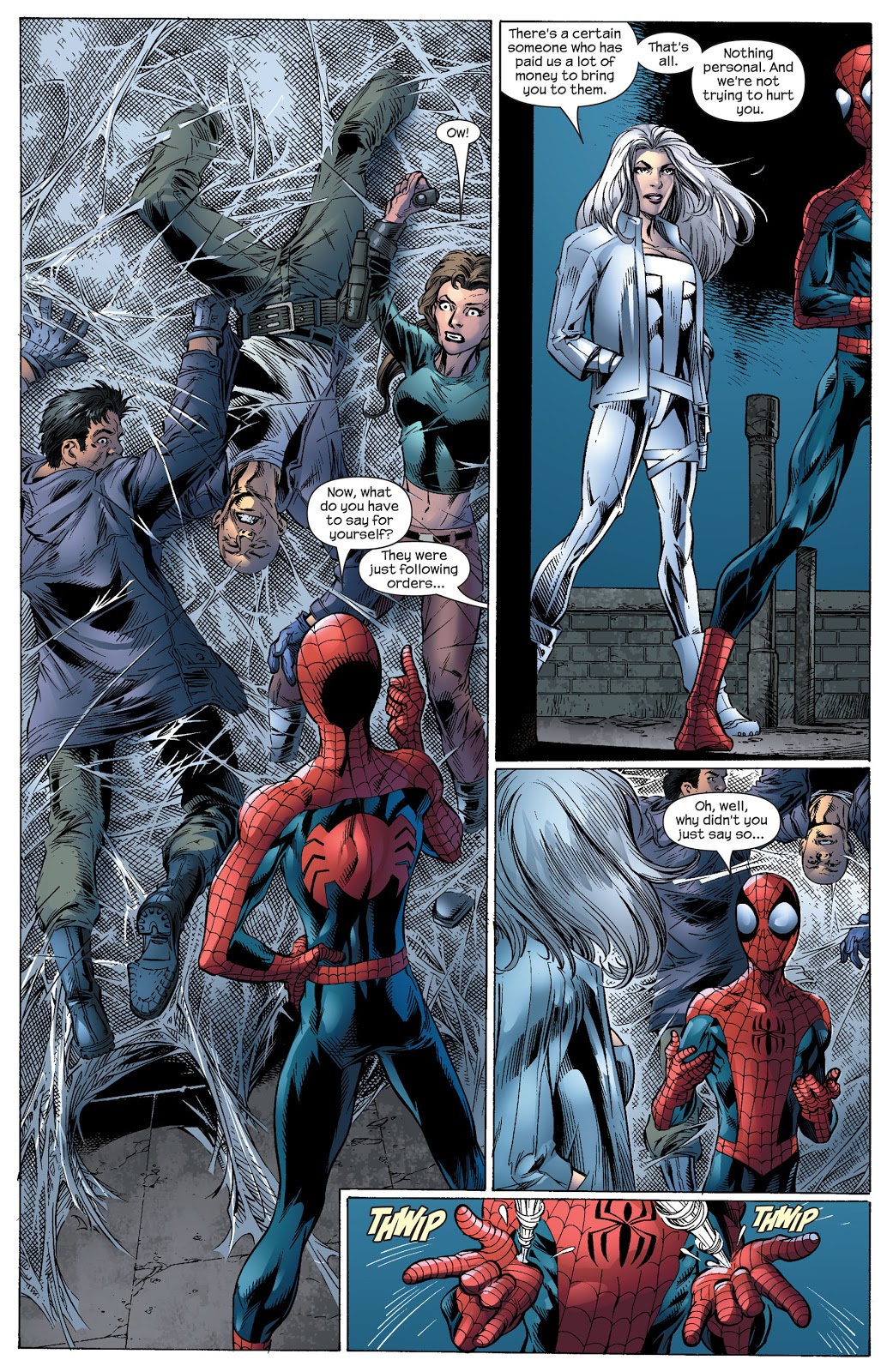 It’s not that Brian Michael Bendis has been doing anything other than very loosely echoing Spider-Man’s original continuity, but Silver Sable sees him take a big leap away. This occurs in several ways, at a superficial level with the introduction of villains Spider-Man wouldn’t usually be associated with. A more definitive step away is setting up a relationship between Peter Parker and Kitty Pryde, which follows on naturally enough from their previous meetings.

This occurs in what was originally an annual, so it’s drawn by Mark Brooks rather than Mark Bagley, one of only three stories over eighteen volumes not drawn by Bagley. Brooks fits in, his pages slightly more cartoony, efficient storytelling a priority, and the action well laid out, but he’s not quite as proficient as Bagley in really nailing what people are feeling via the look on their faces. As far as Bagley goes, every now and again he has the chance to experiment a little. This time it’s with two dips into a text and illustration watercolour look that you’d not attribute to Bagley without his credit. Attention should be drawn to the versatility. Otherwise it’s his usual solid outing.

Spider-Man’s already had dealings with two of Marvel’s shady industrialists in Norman Osborn and Justin Hammer, and relevant to Silver Sable is the more anonymous, but equally self-serving Roxxon corporation. The ground has been prepared in earlier volumes, with the corporate name seen on cellphones, and for reasons revealed, Roxxon is suddenly very interested in Spider-Man, and sends Silver Sable and her mercenary squad to track him down. It leads to one very unexpected place, then another, and then still another. It’s some fantastic writing from Bendis making readers believe one thing and delivering something different over and over again.

The core problem for Peter is that Silver Sable’s mercenaries have narrowed Spider-Man’s identity down to someone who attends Midtown High School, and that knowledge becomes public. The sheer joy for readers that Bendis weaves from this situation and what develops from it makes this a superior volume in an always good series. There’s a great Flash Thompson sequence, a good Aunt May scene, the introduction of the Vulture, S.H.I.E.L.D. enjoying themselves and Bendis delivering more of that very funny dialogue. The only slight disappointment is that there’s no building on the shock ending to Warriors.