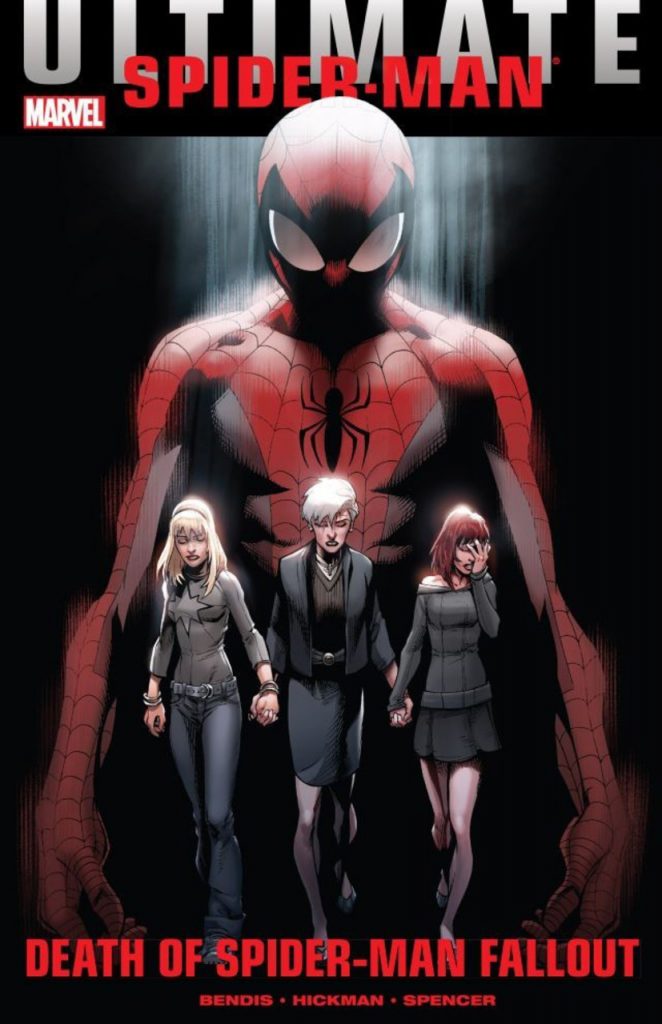 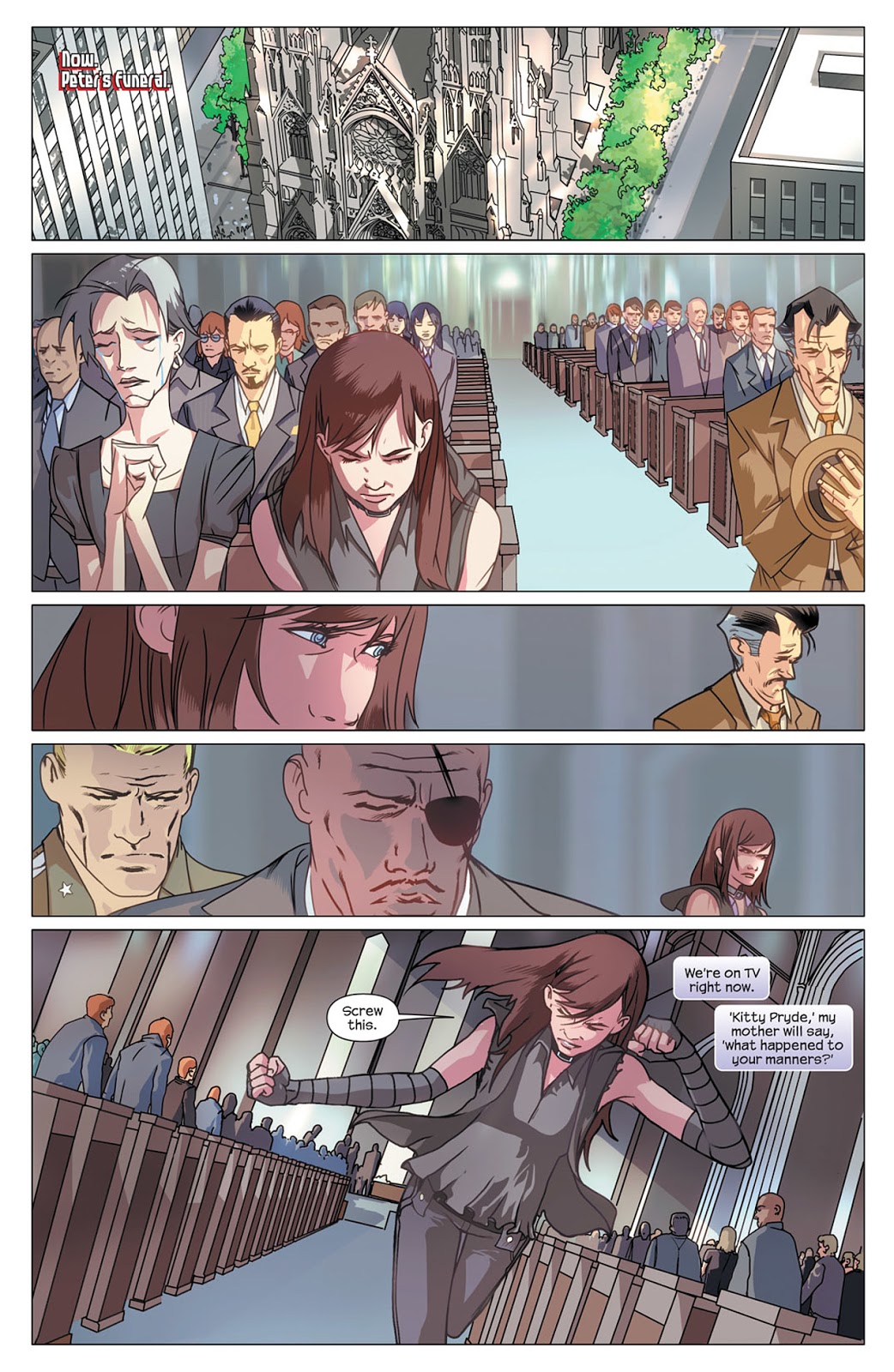 When Marvel reconfigured their Ultimate titles the decision was taken that Spider-Man should no longer be just a slightly younger Peter Parker, but someone altogether different. Peter died heroically in Death of Spider-Man, and in Fallout assorted creators tie up the loose ends and begin to plot how the Ultimate universe’s future will play out.

The groundwork has actually been well laid over the previous volumes, which expanded Spider-Man’s ties with the broader superheroic community, and that enables a sweep over the reactions of multiple characters to his death. Over a credible opening chapter Brian Michael Bendis and Mark Bagley (sample art) push all the right buttons. It’s a little melodramatic, but Bendis reinforces why Spider-Man was a hero, and we’re shown lives he affected for the better. Bendis then ramps up the melodrama for a less effective opening to the second chapter.

This and the remainder are shared with Jonathan Hickman and Nick Spencer, then writing other Ultimate series, who begin by examining how other characters cope with Spider-Man’s death in the company of assorted artists. Most reflections occur in the context of the funeral service as people react to what’s being said, or drift away to other events. The latter are a mixed bunch. Hickman and Bryan Hitch set the right tone by having Thor consider Spider-Man’s place in Valhalla, but Hickman and Steve Kurth’s Iron Man sequence or his Hulk sequence with Carlo Pagulayan are intrusive teasers setting up plots for those characters. There are many more such sequences as Fallout gradually sidelines Spider-Man in favour of sowing the seeds for the all-encompassing plummet into crisis that would be the Ultimate universe’s last hurrah, spreading over all their titles. That’s now long in the past, and as ambitious as the eventual story was, it renders Fallout unsatisfying, as if paying to see movie trailers.

Bendis and Bagley return for most of the final chapter, which again focuses on Spider-Man’s supporting cast and is again poignant and effective. Too much else fails that test. 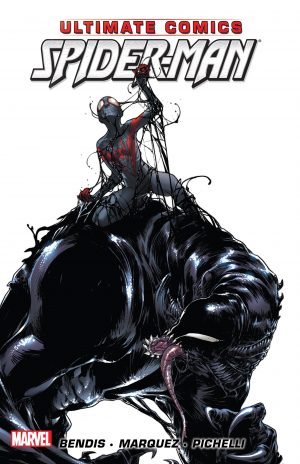