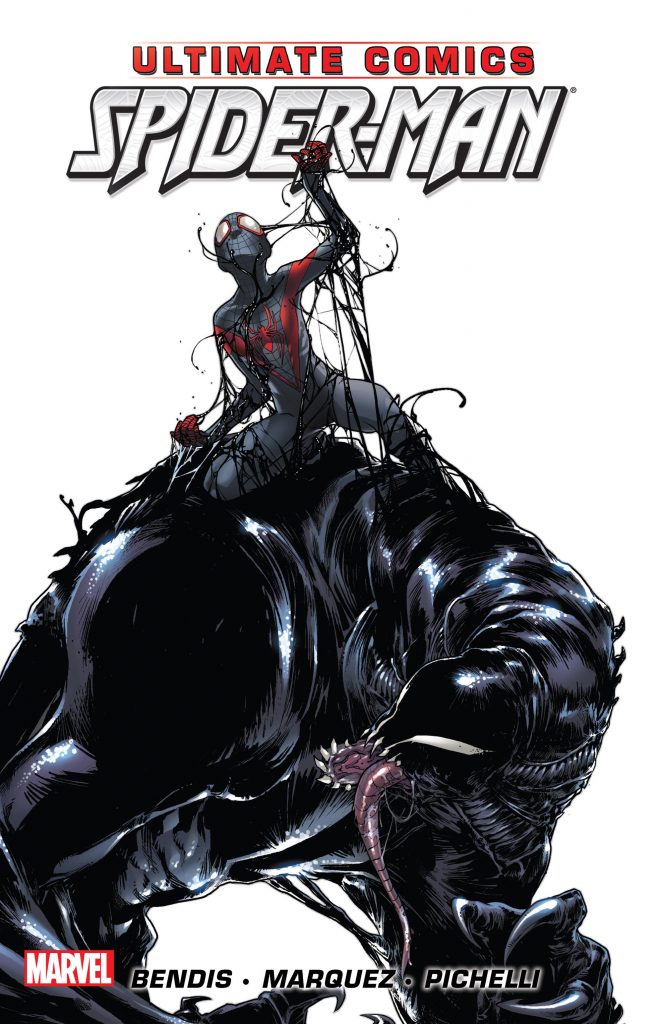 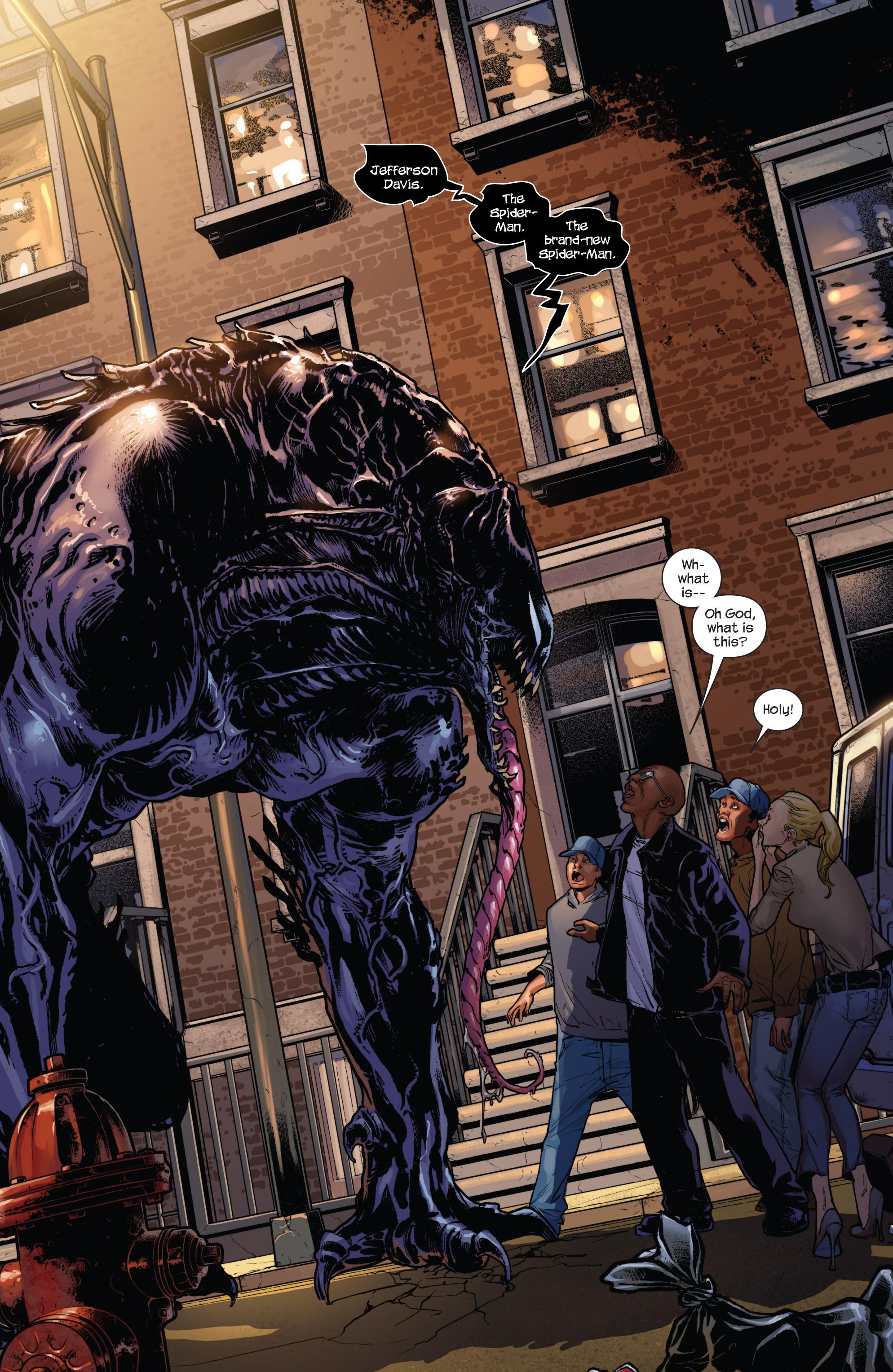 In different ways both J. Jonah Jameson and Venom have plagued the life of Spider-Man in previous iterations, and now both are introduced to Miles Morales’ world. Brian Michael Bendis plays them differently from the conventional versions, which is right for an alternate universe. Venom is on the hunt for information, while J. Jonah Jameson is a man who’s learned some lessons. Dignity and respect aren’t often terms applied to him, but they’re appropriate for a character who surprises on each appearance during the series.

The most important aspect of the art is to make Venom a convincing threat. He’s become very familiar over the years, and that’s diminished his presence, but under Sara Pichelli Venom is terrifyingly reinvented. She takes the basics of the black variation of Spider-Man’s costume, the long tongue and halloween mask eyes, and twists them into something of nightmare. The tongue has previously been overused as a visual device, so Pichelli instead has us stare straight into Venom’s mouth, to the point of almost breathing in his fetid exhalations. She’s also very effective in the use of how Venom changes his body shape, making him resemble nothing as much as a giant black maggot much of the time, then an equally oversized monitor lizard. The effect of a new visual approach is to restore Venom to a being instilling fear. It’s actually David Marquez, artist of the opening chapter who first illustrates Venom, but only in passing. Marquez produces his usual top notch work on a journalistic investigation of Spider-Man’s identity.

This is first rate superhero drama beautifully plotted and drawn. Bendis’ idea is clever. It’s fundamentally a reworking of the Peter Parker Spider-Man’s earliest appearance, complete with the guilt and self-doubt, but comprehensively upgraded to introduce Gwen Stacy and Mary Jane Watson. Miles has already met Gwen, and the widescreen events of the previous collection notwithstanding, this is the first time he’s thrown into an utterly desperate situation way beyond his capabilities. Last time he had both back-up and the reckless joy of accompanying the big players. It leads into another reworking of a classic era Spider-Man story in volume five, providing a cliffhanger ending to ensure we head straight there. 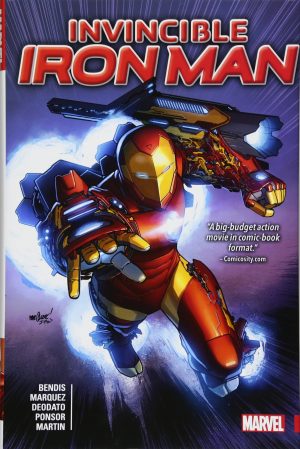