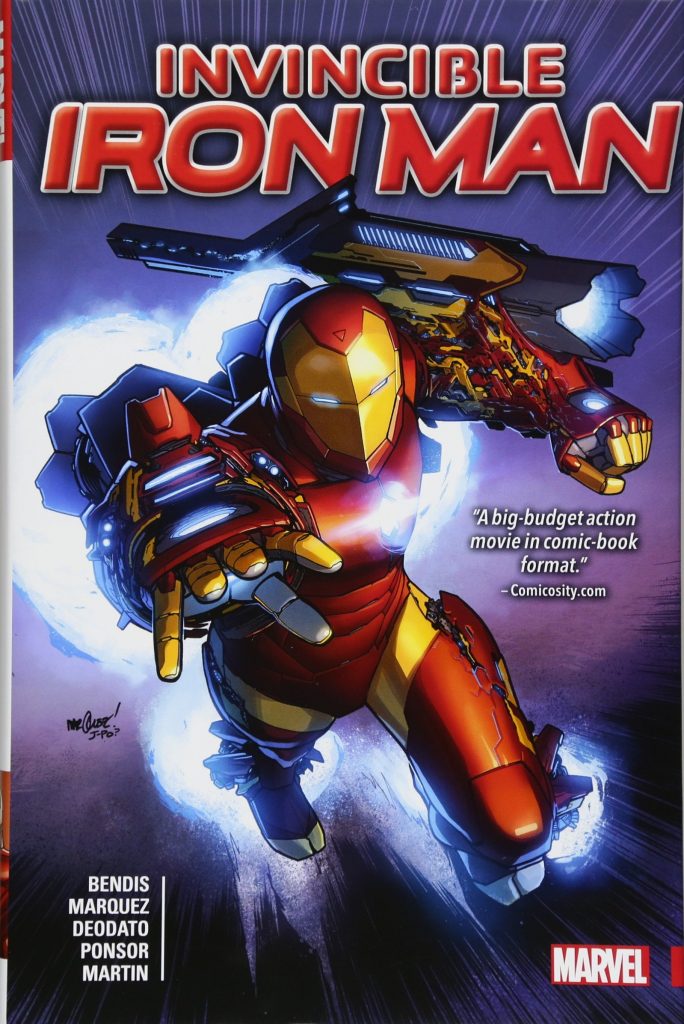 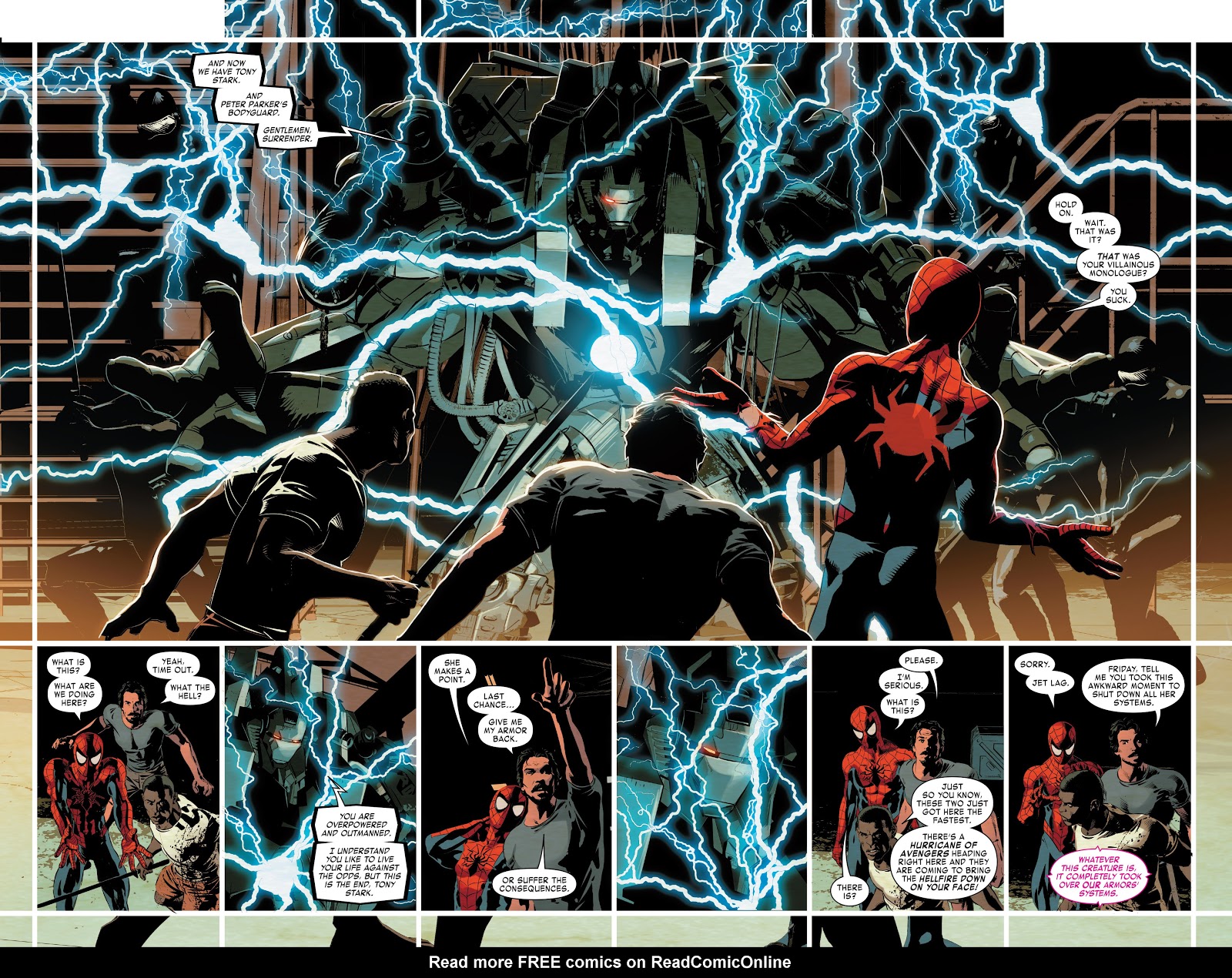 When the final assessment of Brian Michael Bendis’ work at Marvel occurs, none of his Iron Man is likely to make the list as his most memorable. It’s professional, it has some nice ideas, and it’s well drawn, but it lacks the inventive spark of Bendis at his best, the overall structure being the notable aspect, but that’s not apparent from a hardcover collecting only three of the nine paperbacks containing his Iron Man material. That said, if you’re a traditionalist who sees Tony Stark as Iron Man, then Reboot, The War Machines and Civil War II are the three collections where that occurs.

This grouping frustrates because there are many good ideas, but they never quite gel. Moving Mary Jane Watson over to the Pepper Potts role as Tony Stark’s assistant is inspired. Bendis captures Stark’s glib and rambling personality as defined by Robert Downey Jr in the Iron Man movies. The mysterious and infuriating presence of Victor von Doom is nicely incorporated, as is new character Riri Williams. The opening sequences leading to Alcoholics Anonymous meeting are convincing. Jumping a month between chapters at the midway point is bold. Spider-Man’s guest appearance works well, and the computer construction of Friday is effective. Add to that some superb art from David Marquez and Mike Deodato, and this should be a must-have collection.

It isn’t. Part of the problem is the attention being spread far too thin, characters being introduced who never amount to anything, and the absence of any viable threats for long sections. A corporate mutiny at Stark International is a damp squib, and the faux 1980s superhero battle is so well mimicked that it just resembles a crap 1980s superhero battle. Much of the later content comes across as padding because Stark has a role in Civil War II, and so his use is limited. And for all the interesting characters involved, the memorable moments between them are few.

As runs on Iron Man go, this material ranks far nearer the top of the list than the bottom simply because mediocrity was the default status for the character until the 21st century. It’s professional work, but no more, although the art is first rate.