Two Redheads and a Dead Blonde 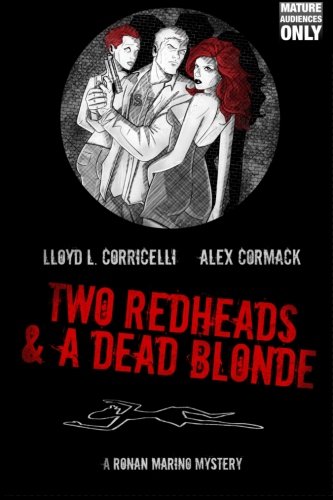 Ronan Marino is a former pilot who now works as a private investigator, having one massive thing going for him: he won the lottery. It means he doesn’t have to work to keep a roof over his head, so the cases he investigates have to mean something to him, and although starting in the present day, most of Two Redheads and a Dead Blonde looks back to the past and how Ronan’s investigative career began.

Lloyd L. Corricelli adapts the story from his own novel, and while that means the occasional page with too many words, by and large he copes well with breaking down the plot for five chapters. It’s a little too convenient that Ronan can call on family contacts on both sides of the law, but it moves the plot along, and as it progresses Corricelli introduces enough shady characters to fill your average police cell, originating from the penthouse as well as the gutter. He also gives Ronan some fine lines of distancing patter, although the comic references he drops transmit as pandering to an audience, not the quirky distraction they’re intended as.

This looks a slim graphic novel, but Corricelli packs the cast and keeps the plot moving, while artist Alex Cormack doesn’t take the easy option, and it’s a rare page featuring fewer than five panels. That means a real value for money density to what you’re reading. It seems Two Redheads is early in Cormack’s career, as there are some shaky pages near the start, but the art improves throughout. By midway he’s varying the layouts a lot more, and providing greater depth and backgrounds. His is a deceptive style, looking simple and sketchy, but there’s a lot provided with an economy of lines and an interesting way of shading.

Any seasoned crime reader who likes to guess the guilty party and their motivations is likely to come up with the right answers, but that won’t be too far before the end, and enough suspense remains despite having figured that out. Plus getting to that point is a lot of fun. This has been Corricelli’s only dabble with comics, but anyone who’s enjoyed this can follow Ronan’s progress over several novels. 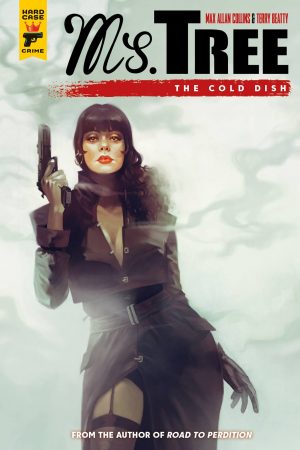